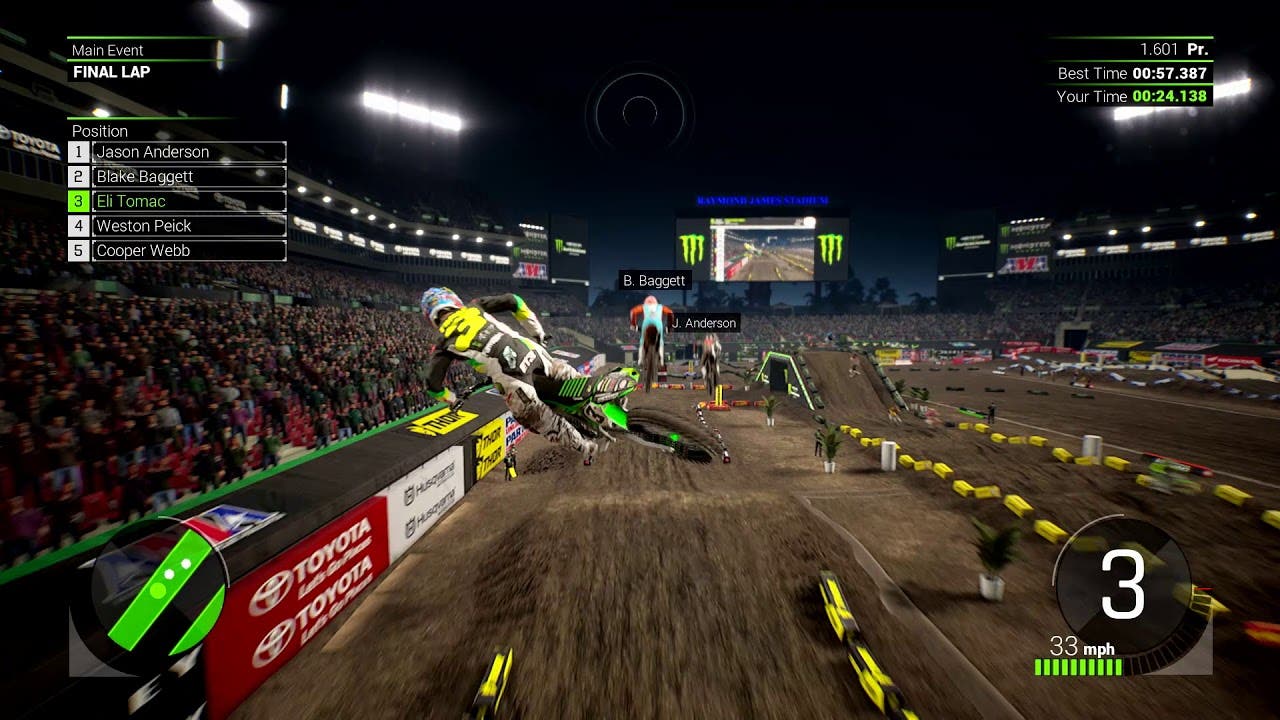 Milestone is proud to announce the first gameplay video of Monster Energy Supercross – The Official Videogame 2. The video shows a breathtaking race lap on the Tampa circuit, in Florida, on board with the famous champion Eli Tomac and the fast-paced song “I don’t like me anymore” by NOFX. For the first time, the gamer will feature an adrenaline-filled soundtrack of punk music with some of the most famous bands, such as NOFX, Good Riddance and Sick of It All.

Globally available on February 8th, 2019 for PlayStation®4, Xbox One, Windows PC®/STEAM and Nintendo Switch™, Monster Energy Supercross – The Official Videogame 2 allows players to step into the boots of an official Supercross Champion and experience the exciting life of a professional athlete in the most competitive and highest profile off-road motorcycle racing championship in the world. The new release puts players at the center of the game with a renewed career mode, an enhanced track editor, additional training compounds and an improved playability.