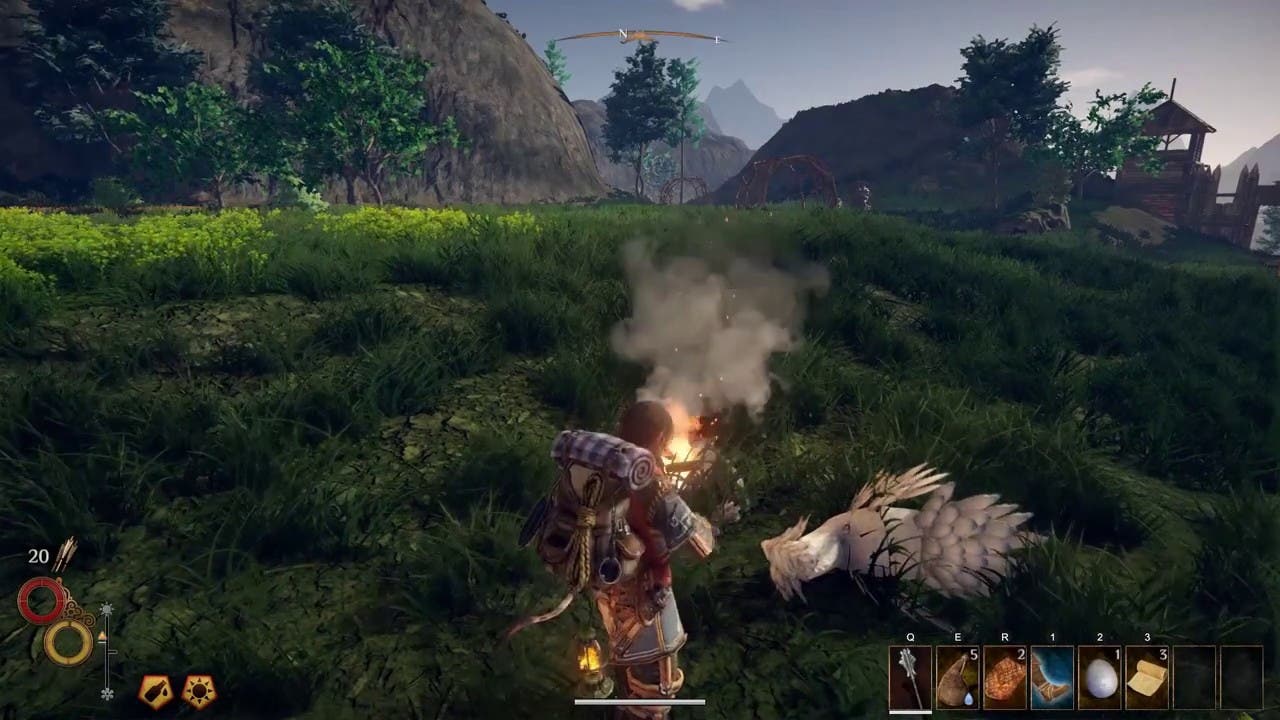 Outward gameplay trailer shows “The Human Side of Adventuring”

Walnut Creek, CA, December 19, 2018 — Publishers Deep Silver and developer Nine Dots, along with Maximum Games, have announced the release date for their hardcore fantasy adventure RPG Outward. The game will hit PlayStation®4, Xbox One, and Steam on March 26th, 2019. The announcement is accompanied by a trailer that highlights the game’s focus on challenge, immersion, and fulfillment.

Outward is an open-world fantasy adventure game featuring deep simulation and immersion. In it, players will experience an entirely new kind of RPG, where they play the role of a true inhabitant of a sprawling world, requiring biological maintenance and self-preservation against a harsh, uncaring environment. These simulation aspects also extend to the game’s representation of magic as an intricate web of rituals required to evoke supernatural powers. The game also packs a surprising feature: two-player local and online multiplayer, with local split-screen. This feature allows two friends to share a journey knowing they have at least one ally at their side and offers unique opportunities for strategy.

Today’s trailer showcases the rich fantasy world and the various obstacles the player’s avatar will have to face in this mystical environment. As a regular human being, players will create their own destiny against a variety of dangers both magical and mundane. Exposure to the elements is just as likely to kill the player as the monsters that roam the world. To survive, they will have to grow and master the game’s complex weapons, traps, and magic.

Stay up-to-date with the latest Outward news and information on the official website :
https://www.ninedotsstudio.com/outward.