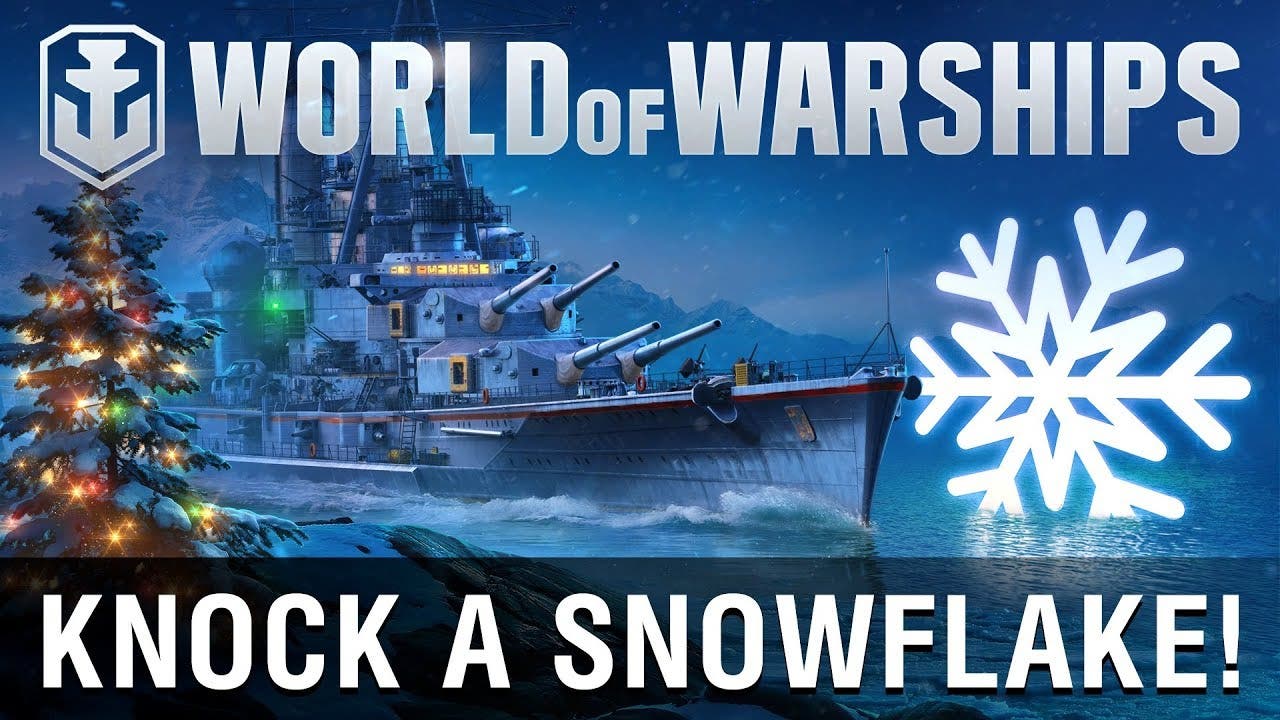 World of Warships celebrates the holidays with New Ships, Missions, and More in New Year’s Update

Developer and publisher Wargaming.net today launched patch 0.7.12, the latest content update for their globally popular free-to-play naval combat game, World of Warships, on PC. This new update arrives with a slew of new content, challenges, and changes for players to enjoy.

Just in time for the Holidays, Santa has shipped some special gifts for players on his nice list! First, there’s a new in-game event, dubbed, “In the Name of His Highness.” A series of challenges and missions await players, with an ultimate prize of obtaining a brand new German Premium Tier VI battleship — the Prinz Eitel Friedrich! Additionally, Santa has prepared Containers with awesome unlockables. Just for logging in and heading to their ports, players unlock two free Santa Claus Containers. After that, these festive holiday Containers are earned for completing Missions. Santa Claus Containers offers recipients a chance to unlock rare premium ships, flags, ship camouflages, and more.

The “Belle Époque” Collection also arrives in this update, which is quite possibly the most beautiful collection in World of Warships so far. Through this collection, developers are paying tribute to the glorious historical period on the turn of the 20thcentury, a pre-dreadnought era when lavishly decorated coal-powered ships sailed the seas.

For players who have earned the Prinz Eitel Friedrich battleship, this update will introduce the “Mighty Prinz” Campaign. It will contribute to the good old New Year’s tradition celebrated in World of Warships by offering players a rewarding gameplay experience, as well as the following five researchable Tier VI ships with permanent New Year-inspired camouflage patterns: Hatsuharu, Nürnberg, Icarus, Dallas, and Normandie. Completing the campaign earns players a unique permanent camouflage for their Prinz Eitel Friedrich battleship.

A purchasable premium campaign, the “Steel Monsters,” is also part of the update and offers players a great way to stock up on camo, signals, Secret Santa containers, and Steel — a valuable resource for use in the Arsenal.

Lastly, the “Snowflakes” event launches exclusively with this update. Players will now be able to earn valuable Coal and Steel simply by playing the ships that are marked with a snowflake. The one-time bonus will be obtained after a victorious battle and dependent on the type and tier of each ship.

Along with the content updates, patch 0.7.12 adds new balance changes and two new seasons of Ranked Sprints. For more information about the World of Warshipsand all of these updates, please visit http://www.worldofwarships.com.