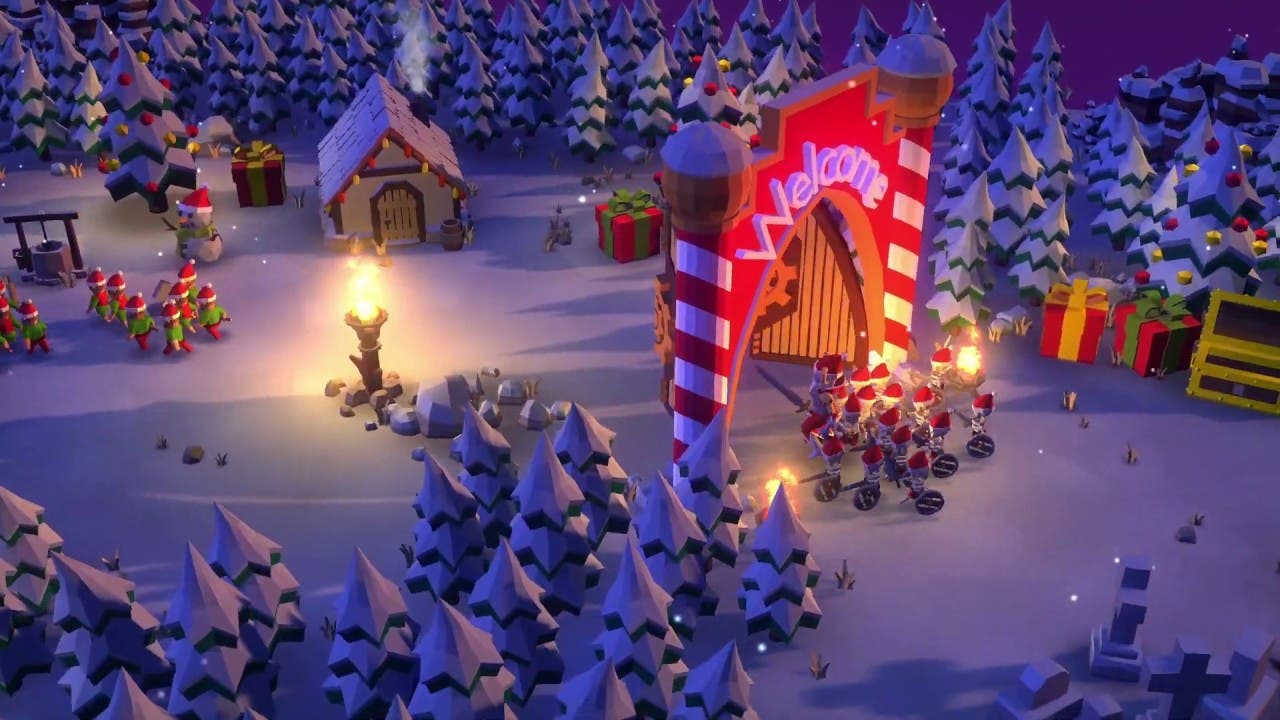 ”We’ve wanted to create a short demo of Undead Horde for a while. This holiday special gave us a nice opportunity for it. The Holiday Special is a nice bite sized game with some hilarious moments so go try it – your undead elf army awaits!” says Sampo Töyssy from 10tons.

Please note that the Holiday Special lacks many of the features from the full game as a stand-alone demo.

About the main game: Undead Horde is a necromantic action game with elements from RPG, strategy and hack’n’slash. You’ll battle against the living who’ve driven the necromancers and their undead minions into exile. You’ll re-animate all kinds of creatures and build an army of up to 100 undead. Your army follows you or attacks the enemies depending on your commands.