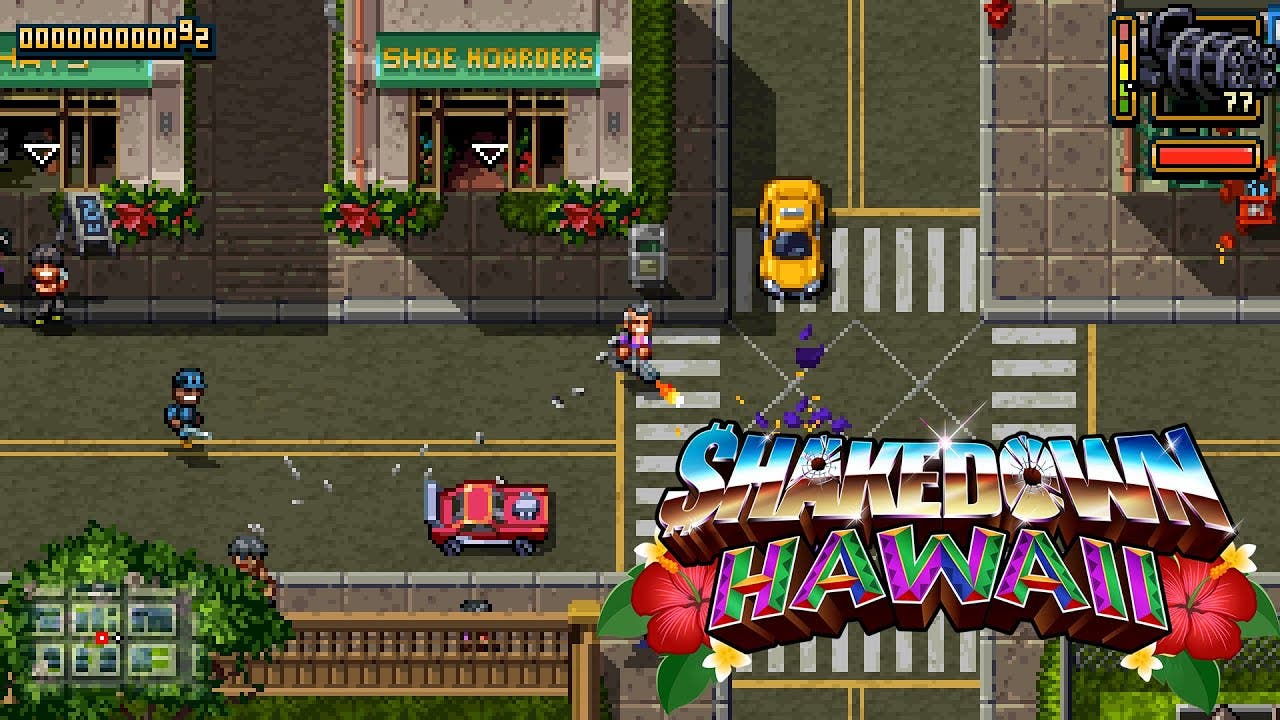 A new trailer for Shakedown: Hawaii has just landed!

PS VITA?! PS VITA?! Don’t worry!! The PS Vita physical edition of Shakedown: Hawaii is still on the way! Although PS Vita manufacturing is coming to an end, Shakedown: Hawaii is gonna make it! That’s not all: It’ll also be Cross Buy digitally on PS4+VITA, with Cross Save… and support PS TV!

But… that new trailer is still just but a taste! If you missed it, watch October’s trailer too. It dives deep into the game — revealing the world, story, empire building, characters, and customization. It’s the biggest trailer yet!