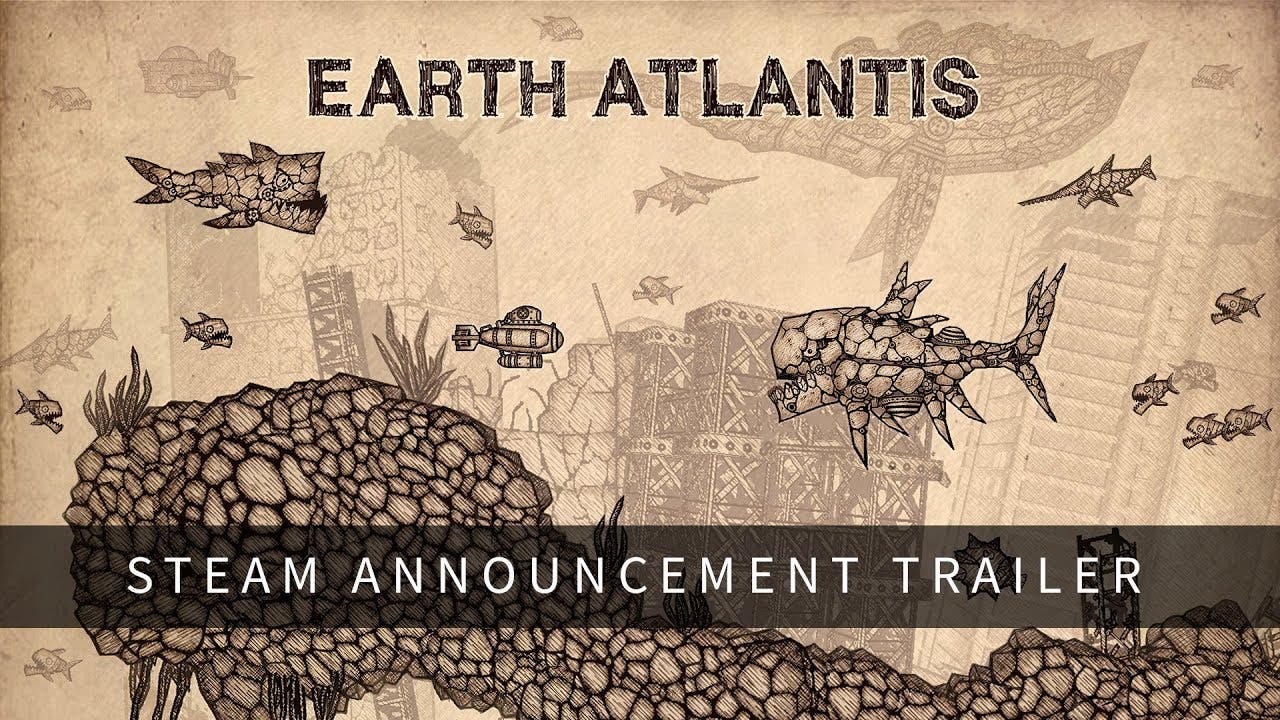 18th January, Dueren, Germany – After its debut on consoles, Earth Atlantis makes its way to PC. The fierce hunt for sea monsters will be released on 29th January. Players who don’t want to miss this one-of-a-kind shoot ’em up can already add the game to their Steam wishlist. Earth Atlantis will be available for $14.99, €14.99 or £13.49, minus a 20% launch discount for the first days.

Explore mankind’s destroyed and sunken main capitals, ruins of steel and stone resting deep down at the bottom of the sea. Earth Atlantis’ impressive underwater world is inhabited by terrifying sea monsters, hybrids of machines and creatures of the deep that were only known from fairy tales and rumors among sailors…

You’re going to hunt these monsters in challenging fights using four different types of submarines – each equipped with individual weapons for different hunting styles. Enjoy a unique art style reminiscent of old explorers’ sketchbooks from the 16th century, a time when the seas were yet to be explored completely.

Best version ever: Re-balanced gameplay mechanics, resulting from user feedback from the earlier console versions, make Earth Atlantis more enjoyable than ever: Retro fans will be happy to hear that they can also use the d-pad for steering their ship on their controller, while many game elements are now much more intuitive and easy to use for non-hardcore shooter players as well.