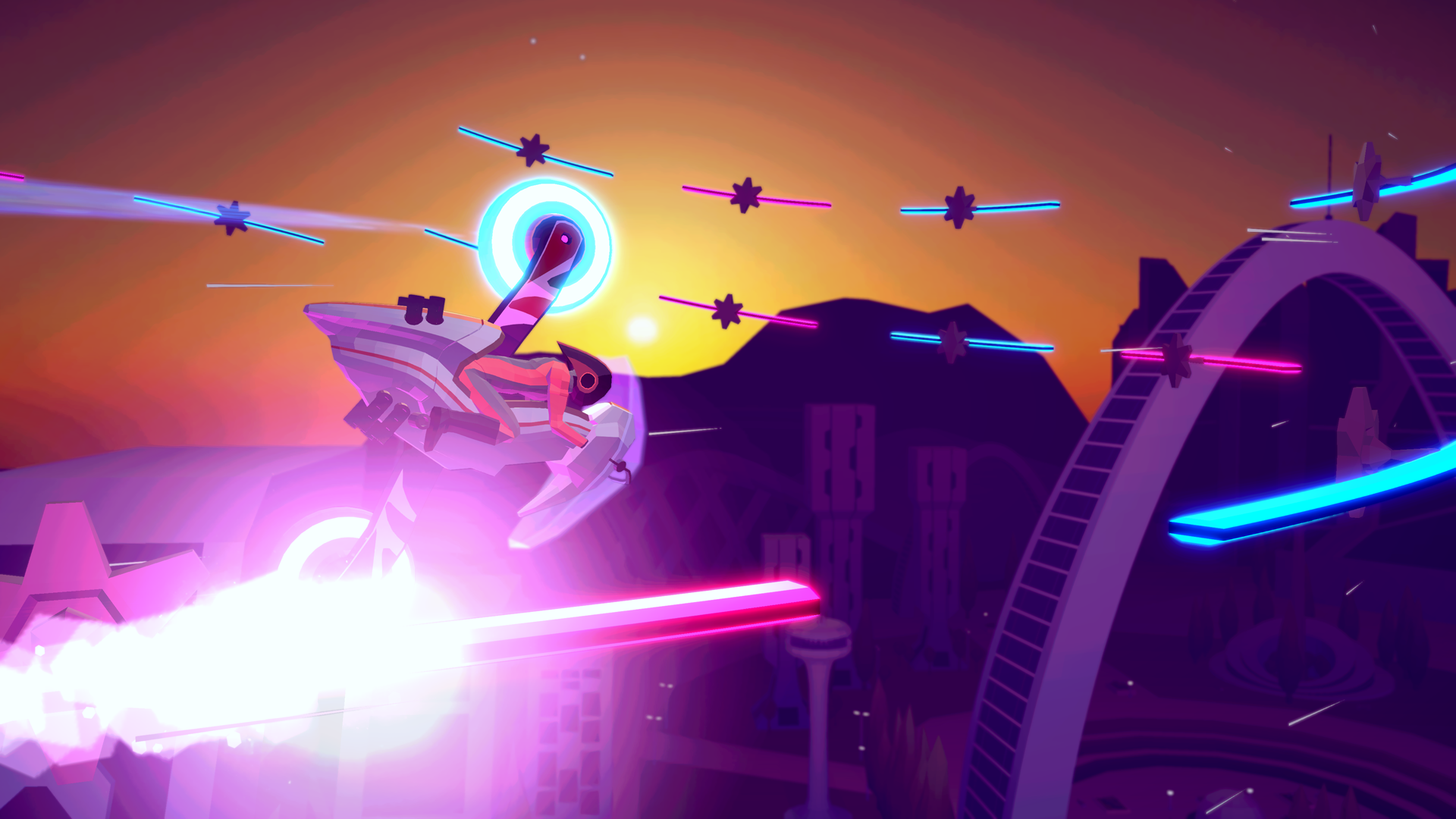 FutureGrind is a future sport that’s full of spectacle, excitement, and danger. In the world of FutureGrind, sponsors have become big conglomerates that drive every aspect of this extreme sport. The story for FutureGrind starts off innocuously, teaching you the basics and offering simple tracks to complete your tricks for the highest score possible. As the game description alludes to, it’s clear there’s more than meets the eye here as things becoming increasingly suspicious the more you do. What reveals itself the more you play is for you to discover. What’s left for me to tell you that FutureGrind from Milkbag Games is fantastic from beginning to end, offering a well-balanced challenge that you’ll be frequently returning to again and again. 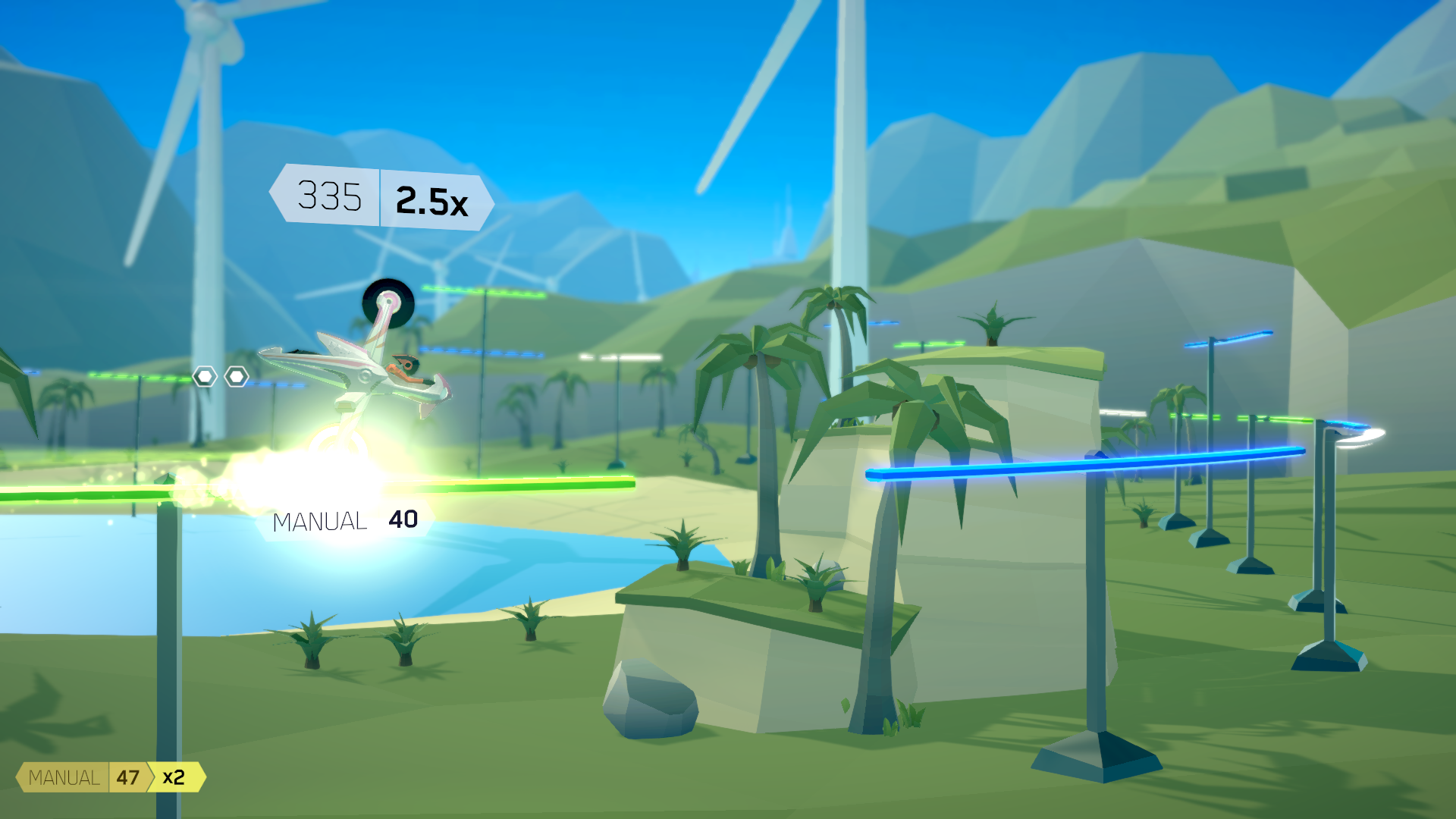 While it’s very much its own thing, games like Uniracers, OlliOlli, and even Trials come to mind when playing FutureGrind. This is a game that takes place on a 2D plane, but demands skill in conjunction with risk-taking in order to do well. You’ll ride a rotating bicycle with wheels at opposite ends, and tasks players by performing tricks on ever-increasingly difficult tracks in efforts to please sponsors. Surprisingly enough, the game never feels like a grind in the course of the six hours to see it all.

One of my favorite things is that despite the 2D plane, you can usually see the finish line from the start, as the level almost wraps around on itself. FutureGrind has bonus glitch levels that become apparent on to how to access them, and fairly easy to deduce how to solve them. It’s worth noting the game has two endings – so seeing and doing everything you can becomes a must. Once you get past the 1234.5% progression, you’ll now be offered a specific endgame striving for diamonds on each of the levels. This becomes an exhaustive challenge, but one meant for those who wish to master the levels. 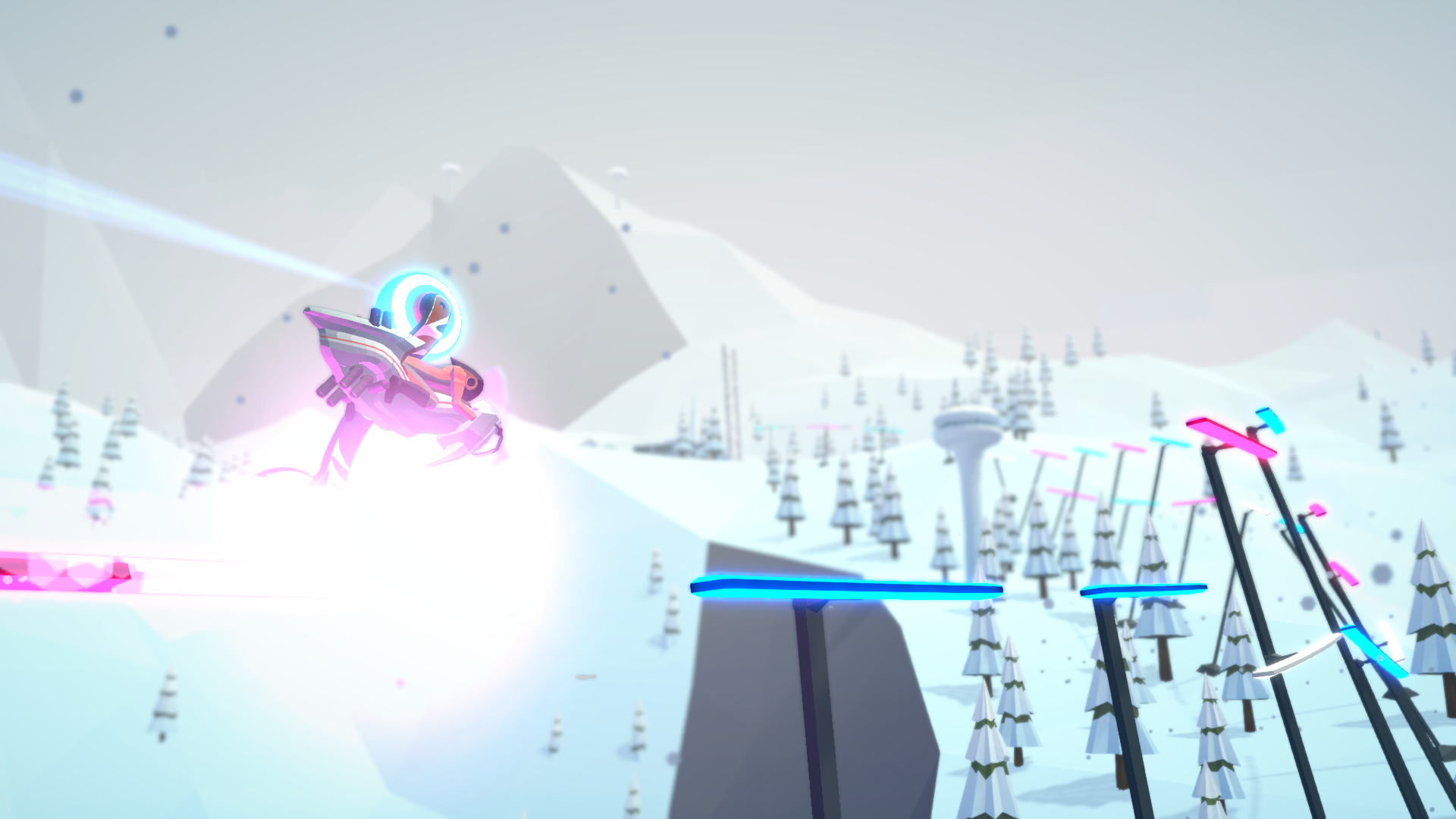 There’s over 30 levels of play here, and seeing each of them requires reaching the end and completing sub-tasks to unlock more levels. The first level type is a score attack, where not only do you have to finish, but achieving a high score of some kind and earning a trophy. Called assignments, these tasks must be completed on their own. There were situations where I’ve completed the task in the main level, but only counts when you play the assignment. I wish it could recognize when you’ve done these things, and I’m curious why it doesn’t.

FutureGrind has no shortage of tricks and moves at your disposal. Almost always you’ll be performing a manual and some kind of grind. From here you might be doing an undergrind, hanggrind, or pushgrind. Mixing and matching your skills is what leads to a high score, so incorporating frontflips, backflips, jumps, transfers, and chaining of tricks are the keys to success. More often than not, rote memorization is required to understand what’s coming up in a level to keep your skill chain up. There are five bikes, each with their own colors, spin rate, number of jumps, wheel size, and even handling. New bikes with different colored wheels have an Ikaruga-type mechanic to it, but instead of opposite colors, it’s matching colors you’re looking for. This is a game about matching colors to keep moving. Risk vs reward is what propels your skills and score.

White section will clear your multiplayer, and unless in extreme circumstances, should be avoided as it is almost as good as death. Finally, yellow sections of track should be avoided at all costs as it is instant death. Even though you explode immediately, you can reload instantly with a press of a button. This is most certainly a necessary feature to have in a game like this, and it works flawlessly. 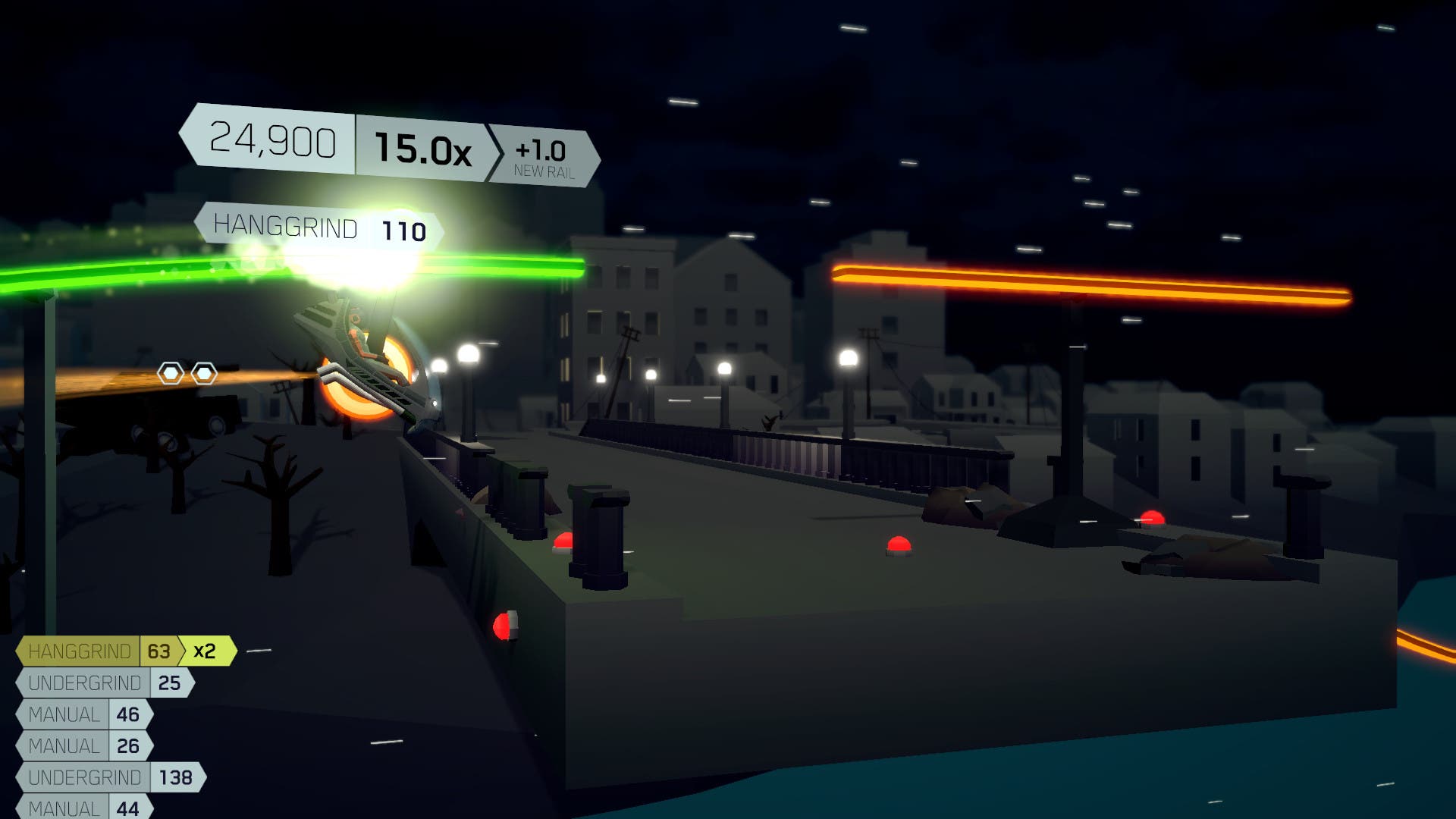 FutureGrind has a few tricks of its own while playing. There are color zones that depending on how your preceding jump goes, can change one or both of your wheels to the opposite color. This system becomes not only an obstacle, but a method to achieving a higher score. There are also jump orbs that when hit with the same color, can save you from certain death. Color swap rings will change the rail color while you’re in the air, causing you to adjust your strategy and thinking. There are also just plain hazards that when hit, will cause a death. FutureGrind has nuance from its movement, to track composition, to the obstacles that can both hurt and help you.

The FutureGrind soundtrack is memorable, and full of ear-worms thanks to composer Bignic. Each track is upbeat and full of ambiance, allowing it to subtly work in tandem with the gameplay without getting in the way. There was one track that did fit in this mold, and featured some beeping noises as if my bike was a bomb about to explode. That not withstanding, the soundtrack is infectious and a great compliment to the game itself.

FutureGrind is incredibly well thought out and designed. It understands what it is, and what it asks of you. The instant restarts are a feature it couldn’t live without, and it’s story mode is more than enough to carry you through. The game is wide open for DLC and expansions to do more of what it does so well. What this all amounts to, is that FutureGrind quickly becomes technically demanding for you to do mental and physical gymnastics with the controls. It never is anything insurmountable, but rather constantly forcing you to reteach your brain what bike you’re using, and what modifiers are on the track. This kind of thinking is necessary to reach the end, and work towards those diamonds. FutureGrind feels familiar and fresh all in the same breath, but it is certainly a standout title from Milkbag Games that’s the first must play of 2019.