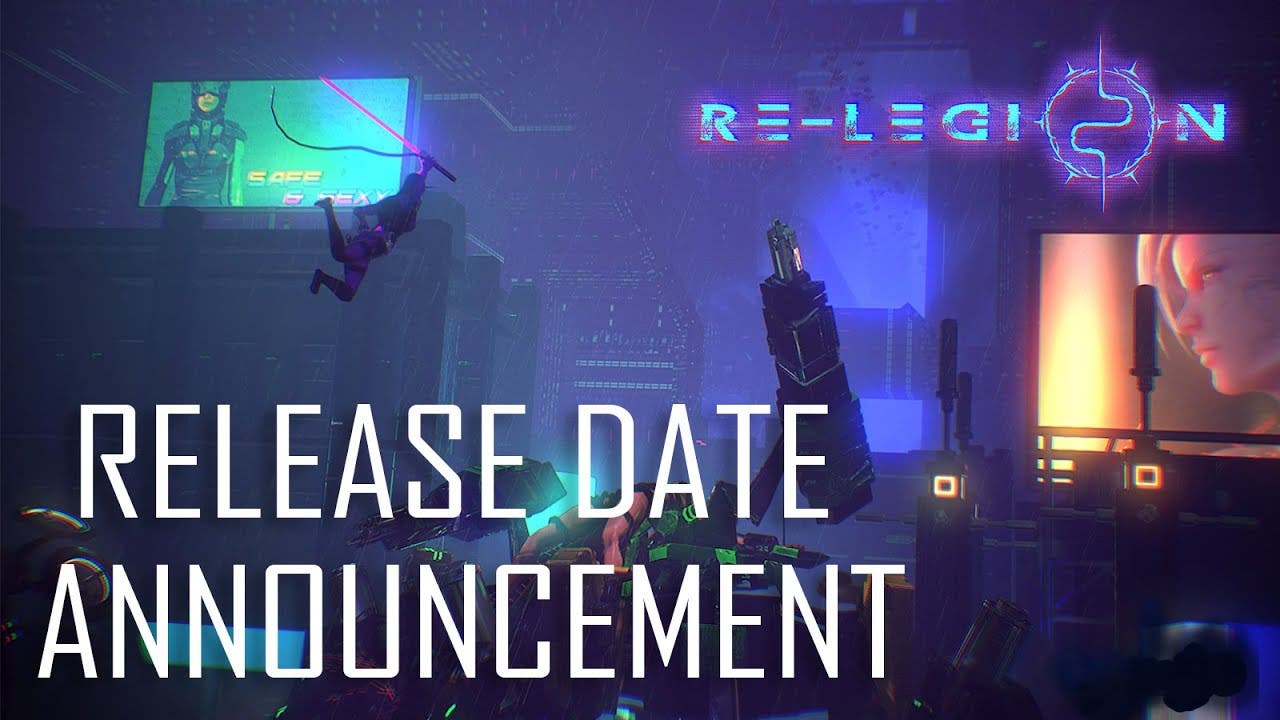 1C Entertainment today announced that following a successful showing at PAX South 2019, the cyberpunk-influenced PC real-time strategy game, Re-Legion, is launching on Steam next Thursday, January 31 for US$19.99 (€17.99). To celebrate the launch, 1C is offering players a 10% discount ($17.99 / €16.19) through the first two weeks of release. In preparation for launch, a new look at the game can be seen in the release date trailer.

In the top-down isometric RTS, players become a prophet in a technocratic society where they can define their own belief system and convert citizens—and then upgrade them into fighting units to rid the city of non-believers as they take on the role of Elion, a strong leader who promises to rid the world of misery by becoming a leader and prophet. As Elion increases his power, he turns non-believing citizens into his “Followers”—introducing a very different resource management system where the conversion of ordinary people drives the player’s rise to dominance.

Re-Legion has attracted attention at various shows over the past year with its unique Cyberpunk premise, fresh mechanics for converting units and creating a cult, and dark, neon-tinted art style. As the game unfolds, players will convert more followers—essentially, their units—and the cult will expand its possibilities by obtaining “CryptoCredits” to enable upgrades while cultists increase their Faith, a secondary resource, in order to gain and use special abilities. Cultists can also use hacking to expand and control territories and convert other citizens—or fight enemy units and non-believers.