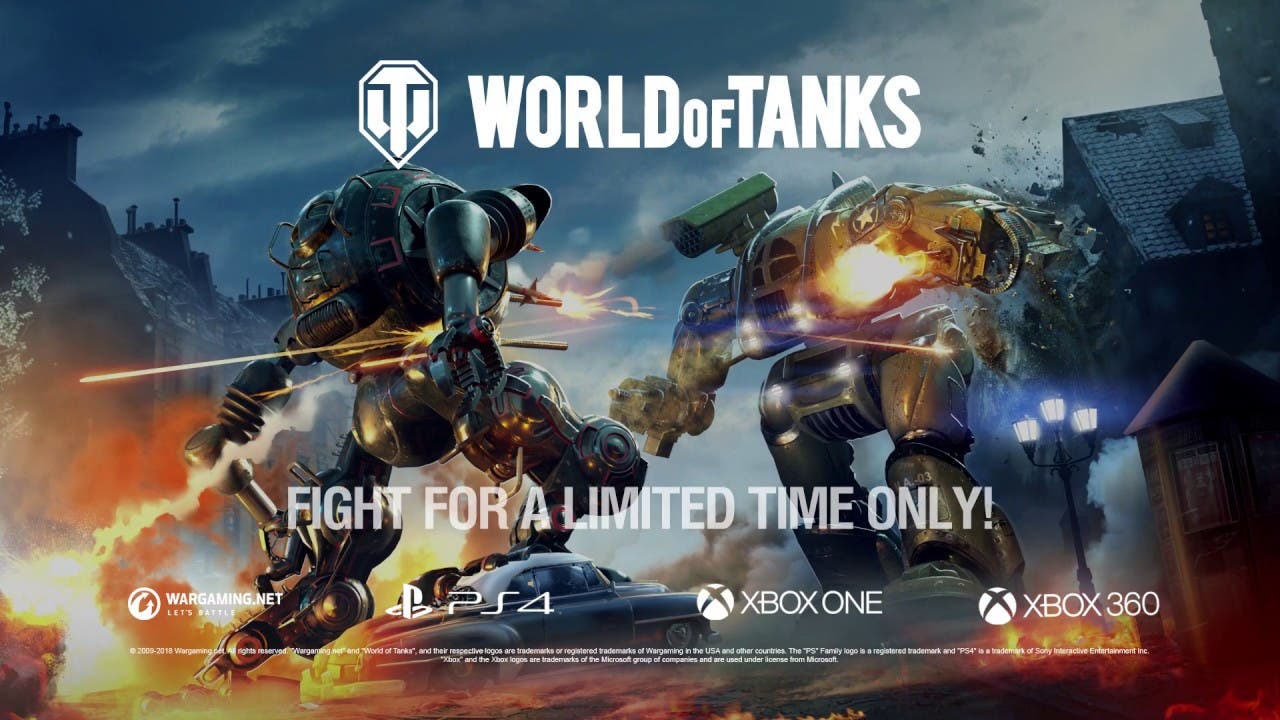 Chicago, Illinois (January 25, 2019) — World of Tanks: Mercenaries is renowned for throwing players into epic battles waged between huge metal war machines. With a new limited-time mode, Core Breach, launching on PS4 and Xbox at the end of January, that hot metal action is about to get cranked up all the way to 11 as huge mechs will be taking to the battlefield! 2019 also marks the launch of the Winter Games, a new event that gives players the opportunity to earn monthly rewards and Premium gift tanks!

From January 29 through February 4, the new Core Breach mode will bring explosive mech battles to World of Tanks: Mercenaries! Popularized by Hollywood blockbusters and various beloved anime series, mechs are metal monsters piloted by humans in explosive battles. In Core Breach, players will be able to swap their trusty tanks for these titanium titans and duke it out in epic 4 v 4 deathmatches!

Beginning January 29, pilots can start clobbering their way to victory in one of two mechs: the gigantic US Iron Soldier, or the sleek and deadly USSR Steel Comrade. Each mech is equipped with lasers, missiles, machine guns, and a whole lot of health. Shoot and crush your way through the snow-covered Old River City map and its plethora of destructible environments, then decimate all opposing mechs to reign supreme. Be careful out there, Pilot, as destroyed mechs will experience a core breach explosion capable of leveling city blocks and your mech as well. The action doesn’t stop if you get knocked down – just eject, respawn, and get right back at it again!

While mechs may be a surprising addition to World of Tanks: Mercenaries, this mode marks a return to the roots of Wargaming Chicago-Baltimore (formerly known as Day 1 Studios), with some of the key talents behind Microsoft’s machine-mashing MechAssault series working to bring Core Breach to life. This special event is the latest in a series of crazy fan-favorite modes that flip World of Tanks: Mercenaries’ core gameplay on its head, with previous events featuring sea-faring battles, tank warfare on Mars, and even an alien invasion of Earth!

Elsewhere in the World of Tanks, the Winter Games have begun! This new event encourages players to fight to earn daily, monthly, quarterly, and annual rewards by earning points through in-game Ops. Winter Games Bravo, the second phase of this event, starts on February 1. Players who complete it can look forward to a hefty discount on a new Premium tank, the electrifying Thunderbolt!

This month also sees the launch of some new tanking heroes to give a boost to your armory! Fans of German engineering can spearhead their assault with the Javelin Krupp-Steyr Waffenträger, a new Tank Destroyer that won’t fail to hit its mark. This metal hero is kitted out with welded-on spaced armor, keeps a stealthy profile, and can dish out punishment with a quick and accurate gun. Coming on January 28, the Skullcap is the newest original Premium Mercenary vehicle to join the roster. This hellraising tank mounts a gun which handles like a dream while on the move, and with armor specifically designed to counter flanking attacks and a fast-firing gun on hand, it provides awesome frontline support.

Stay on top of all the latest news and releases for World of Tanks: Mercenariesby keeping an eye on the official website!