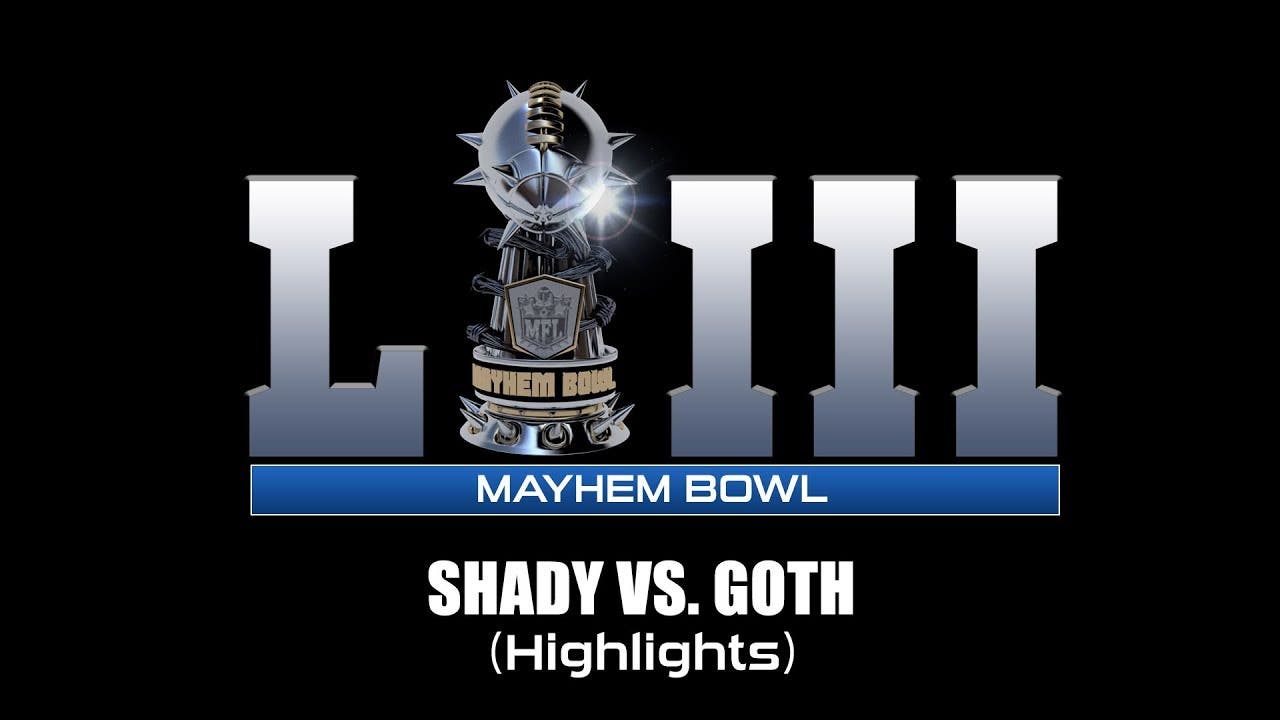 CHICAGO – Jan. 28, 2019 – Down by 14 points with less than a minute to go and no timeouts, Nuked London Hatriots star quarterback Bomb Shady led his team to a sixth Mayhem Bowl championship in an amazing comeback victory against the ruthless Los Scandalous Damned. Mutant Football League’s Mayhem Bowl LIII simulation predicts a slim 27-25 overtime victory in favor of the world’s most hated football team. A video replay of this skin-ripping matchup can be found here, with highlights available here.

Full details for the tournaments can be accessed here.

To celebrate Super Mayhem Bowl Sunday, Mutant Football League: Dynasty Edition is currently on sale for the first time since its release, at a discount of up to 35% off across all platforms through Feb. 5, 2019. Mutant Football League: Dynasty Edition, is available now both digitally and at retail for the Nintendo Switch system, PlayStation®4 computer entertainment system and Xbox One, and digitally for PC/Steam. The game is rated M for Violence, Blood and Gore, Drug Reference, Strong Language and Mature Humor.

To stay up-to-date with Mutant Football League, check out: