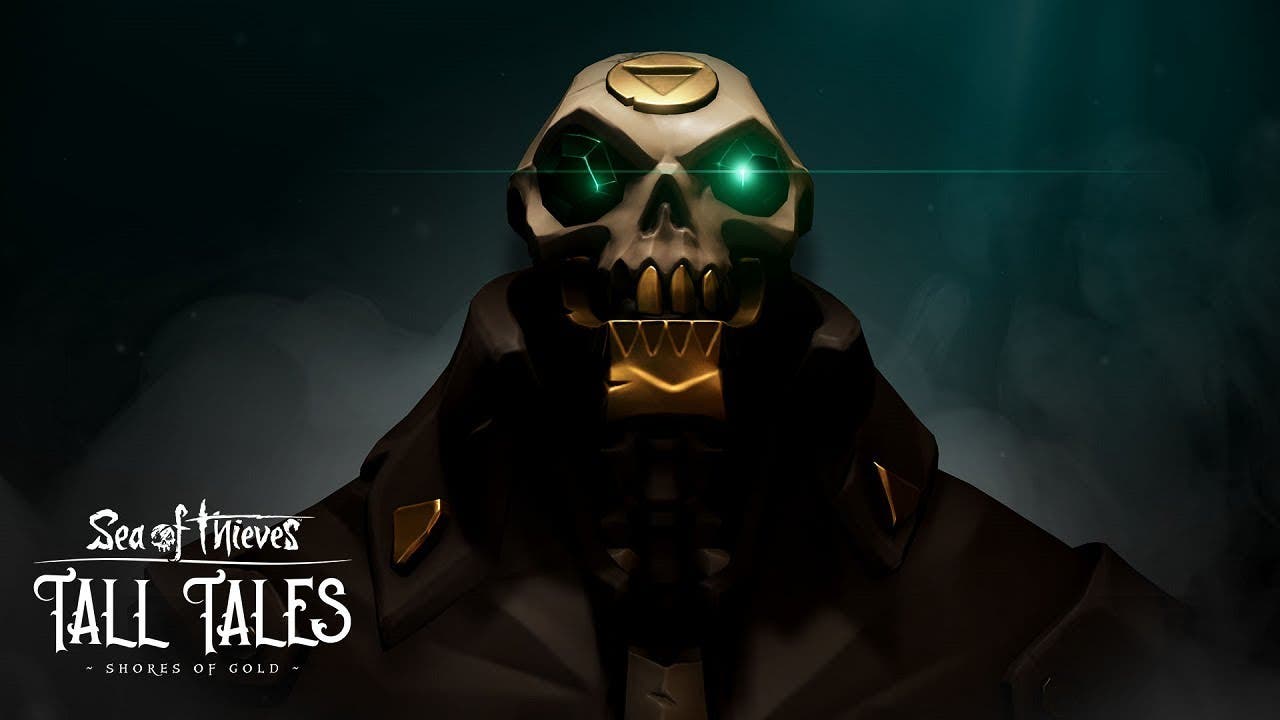 The Anniversary Update for Sea of Thieves is available for free on April 30 with Xbox Game Pass or on Xbox One, Windows 10 PC, and our biggest update yet is packed with content we know will appeal to players of all kinds. From the glory and gunfire of competitive multiplayer in The Arena to the serenity of fishing up your latest catch for the Hunter’s Call Trading Company, the Anniversary Update brings something for everyone. If you’re the adventurous kind of pirate, though, it’s likely Shores of Gold – our first set of narrative-driven Tall Tales – that caught your eye when we unveiled the update back in March.

Today, we’re taking a closer look at what it means to bring story-focused adventures to a shared-world game, and some of the new gameplay features players can expect as they seek out the mythical Shroudbreaker relic.

Shores of Gold is made up of nine distinct Tall Tales, each of which can be tackled as part of a pirate crew or by a solo player. Although each Tale is part of a larger saga that spans the Sea of Thieves, they can be enjoyed individually and you’re able to replay Tales you’ve completed previously. In fact, each Tale has been structured to be played repeatedly, meaning you won’t always find secrets and solutions in the places you might have been expecting them.

Your quest to reach the Shores of Gold, a legendary location filled with untold riches that lies within the deadly Devil’s Shroud, begins with the hunt for an ancient relic that can clear a path through the fog – a relic once sought by the Pirate Lord himself. All of this takes place upon the same shared seas as always, so other pirate crews may have their part to play in your adventure.

This perilous endeavor is just the start of an epic journey that will lead players across the Sea of Thieves. There’ll be ancient parchments to decipher, puzzles to solve, traps to dodge, and battles with fearsome enemies that stand between you and your ultimate destination – the massive, mysterious island known as the Shores of Gold.

Along the way you’ll meet a rag-tag cast of heroes and villains, some of whom are familiar faces from the game and the Sea of Thieves expanded universe, along with an all new assortment of warmongers, cursed rogues, star-crossed lovers and more. Every tale features professional voice acting to help advance the story, not to mention secret lore books and commendations to work towards as you play.

If all of this has you itching to take the wheel and weigh anchor, you haven’t got long to wait before the Tall Tales – Shores of Gold arrives as part of the Anniversary Update on April 30. Until then, more clues await in the official trailer.

New to Sea of Thieves? Join the adventure with Xbox Game Pass or on Xbox One and Windows 10 PC. If you haven’t tried Xbox Game Pass yet, join today to get your first month for $1 and get access to over 100 great games, with new titles being added all of the time. Prospective pirates can learn more at xbox.com/seaofthieves or visit the Sea of Thieves website at SeaofThieves.com to embark on an epic journey with one of gaming’s most welcoming communities.