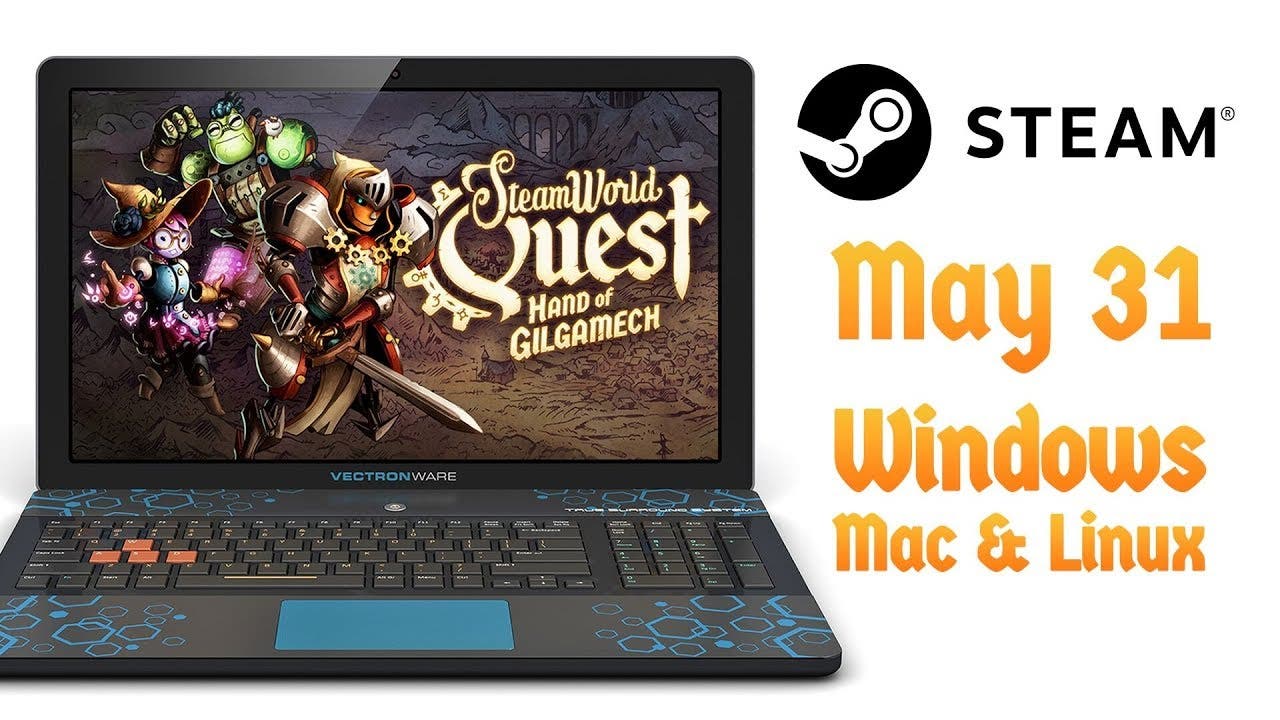 SteamWorld Quest: Hand of Gilgamech comes to Steam on May 31st

Gothenburg, Sweden – May 14, 2019 – We’re excited to announce that Image & Form’s RPG SteamWorld Quest is set to release on Steam on Friday, May 31st, 2019. Anyone with a PC running Windows, macOS or Linux will be able to play!

Originally released on Nintendo Switch, SteamWorld Quest has already received critical acclaim, with Nintendo Life calling it “Remarkably solid and satisfying” and IGN saying its combat system “offers an insane amount of choice, making it as flexible as it is fun”.

In SteamWorld Quest, you lead a party of aspiring heroes who take on whatever threat comes their way by crafting your own deck of cards – choosing from over 100 unique punch cards! What awaits you is a luscious treasure chest filled with gold, dragons, vivid worlds, magic, knights in shining armor as well as XP, turn-based combat and all the usuals that RPG fans love! The mix of traditional fantasy and bantering steam-driven robots makes for an unforgettable experience with lots of laughs.