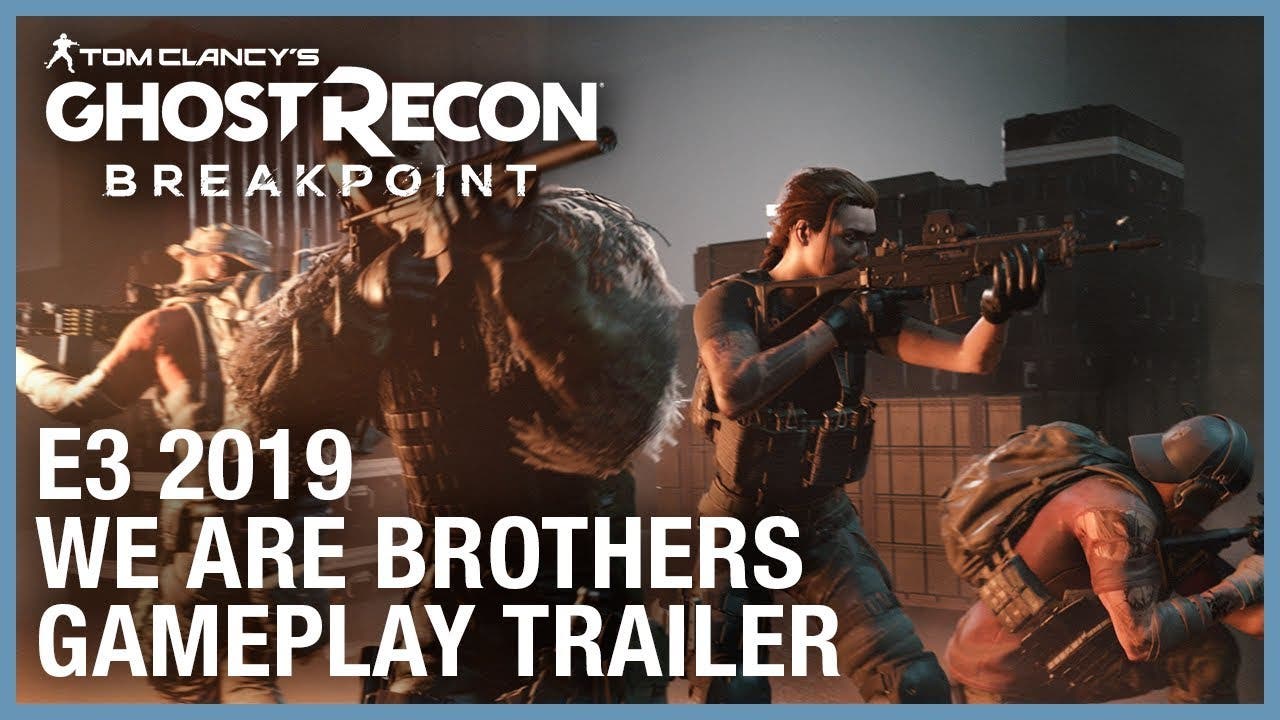 LOS ANGELES — June 10, 2019 — Today, at the Electronic Entertainment Expo (E3), Ubisoft announced that Tom Clancy’s Ghost Recon® Breakpoint, the latest installment in the Tom Clancy’s Ghost Recon franchise, will hold a beta phase from September 5 to 8. It will be available on PlayStation®4 computer entertainment system, the Xbox One family of devices including the Xbox One X and Windows PC. Players can sign up now for a chance to participate at ghostrecon.com/beta. Players who pre-order any edition of the game will gain access to the beta.*

In Tom Clancy’s Ghost Recon Breakpoint, Ghosts confront foes with the same training and experience that they have. The Wolves, a lethal ex–US military unit gone rogue, have seized the archipelago of Auroa, home of tech powerhouse Skell Technology. The Wolves are now armed with powerful killing machines from Skell’s cutting-edge drone factories.Stranded behind enemy lines and hunted down, players will face an intense military experience as they fight to survive and take down the Wolves and their leader, Lt. Colonel Cole D. Walker.

The game stars critically acclaimed actor, Jon Bernthal, as Cole D. Walker, the most formidable villain ever in a Ghost Recon game. A former brother-in-arms, Walker took part in several missions alongside the Ghosts in the past. While his ties with his former brothers still exist, he is ready to do whatever it takes to defend Auroa and pursue his own ideals, which players will discover as they confront him in the game.

“The team was thrilled to work with Jon Bernthal to bring Cole D. Walker to life,” said Nouredine Abboud, executive producer at Ubisoft Paris. “Walker is a complex villain, and it was important for us to find someone who could bring the necessary level of depth to the character. Jon did a fantastic job, and we can’t wait for players to see him in action!”

Ubisoft also presented its new community program, Ghost Recon Delta Company, which will support the passion and creativity of community members with special content and direct discussions with the lead development studio. Available globally and in more than ten languages, this is the largest community program Ubisoft has ever launched. Submissions to join Ghost Recon Delta Company are available at ghostrecon.com/DeltaCompany.

Tom Clancy’s Ghost Recon Breakpoint will be available October 4 on PlayStation®4 computer entertainment system, the Xbox One family of devices including the Xbox One X and Windows PC. Tom Clancy’s Ghost Recon® Breakpoint will also launch on the new generation gaming platform, Stadia. Fans who purchase the Gold, Ultimate or Collector’s Editions will have access to the game up to three days early. More information about the game’s editions can be found here: store.ubi.com.

Tom Clancy’s Ghost Recon Breakpoint will also be available on Uplay+, Ubisoft’s subscription service. More details on Uplay+ can be found at Uplay.com. **

*Pre-order any edition of Tom Clancy’s Ghost Recon Breakpoint at participating retailers and platforms, strictly pursuant to the terms of the private beta phase to get access to it. Terms and conditions strictly apply and will be communicated on a later date determined by Ubisoft. Subject to availability and while supplies last. Content and system requirements pending; check all requirements/details/restrictions prior to purchase/redemption. Promotional offer. Void where prohibited or restricted.

**Terms and conditions apply, including platform, age and territorial restrictions.