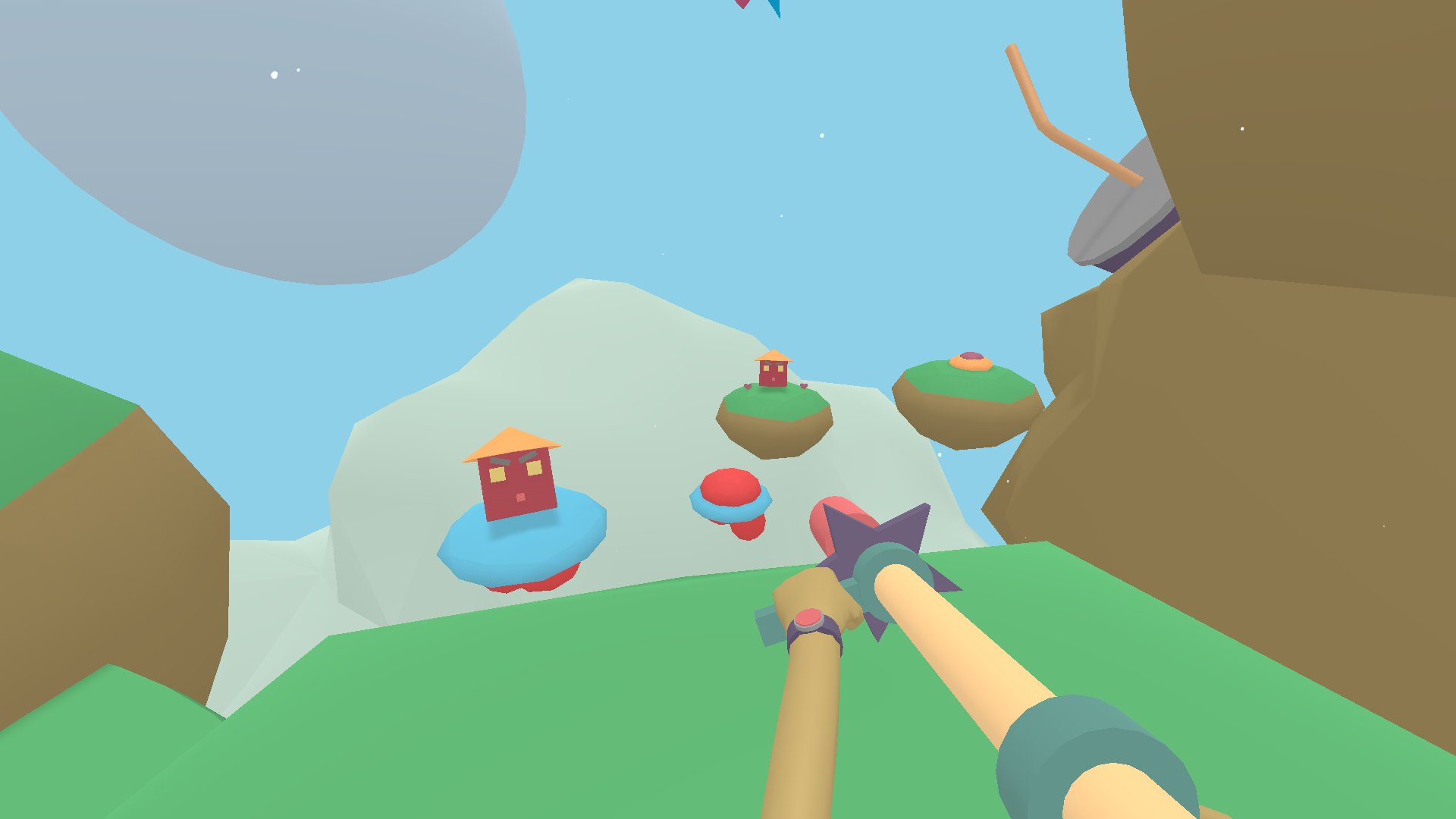 Lovely Planet makes a triumphant resurgence with its fast and fluid speedrunner, Lovely Planet 2: April Skies. It’s a return to form for the fourth entry in the series, and it couldn’t come at a better time after lying dormant for an extra year. This is a first-person shooter that’s hardcore in every sense of the word except for its cutesy look and soundtrack. This is a game that demands precision and accuracy, but does so. This is the truest sequel to 2014’s Lovely Planet, and is QUICKTEQUILA’s best entry to-date. The minimal story that exists is told in small interstitials, but beyond that you’re let loose to complete levels. There are five zones that make up the game’s 100 or so levels. And completing a level is only one part of the puzzle. You get rated on level completion based on finishing, accuracy of your shooting, and completion time. These three factors make up the crux of the game, and get increasingly harder to do as the odds get stacked against you.

The weapon of choice is a magical gun that shoots orbs, which is decidedly more detailed this time around. You have full movement to get around these abstract pastel worlds. The self-proclaimed gun ballet is just what you need to navigate the spaces, along with timing and skill. Don’t let the music fool you, these game is dangerous at every turn and won’t hesitate to mock you. 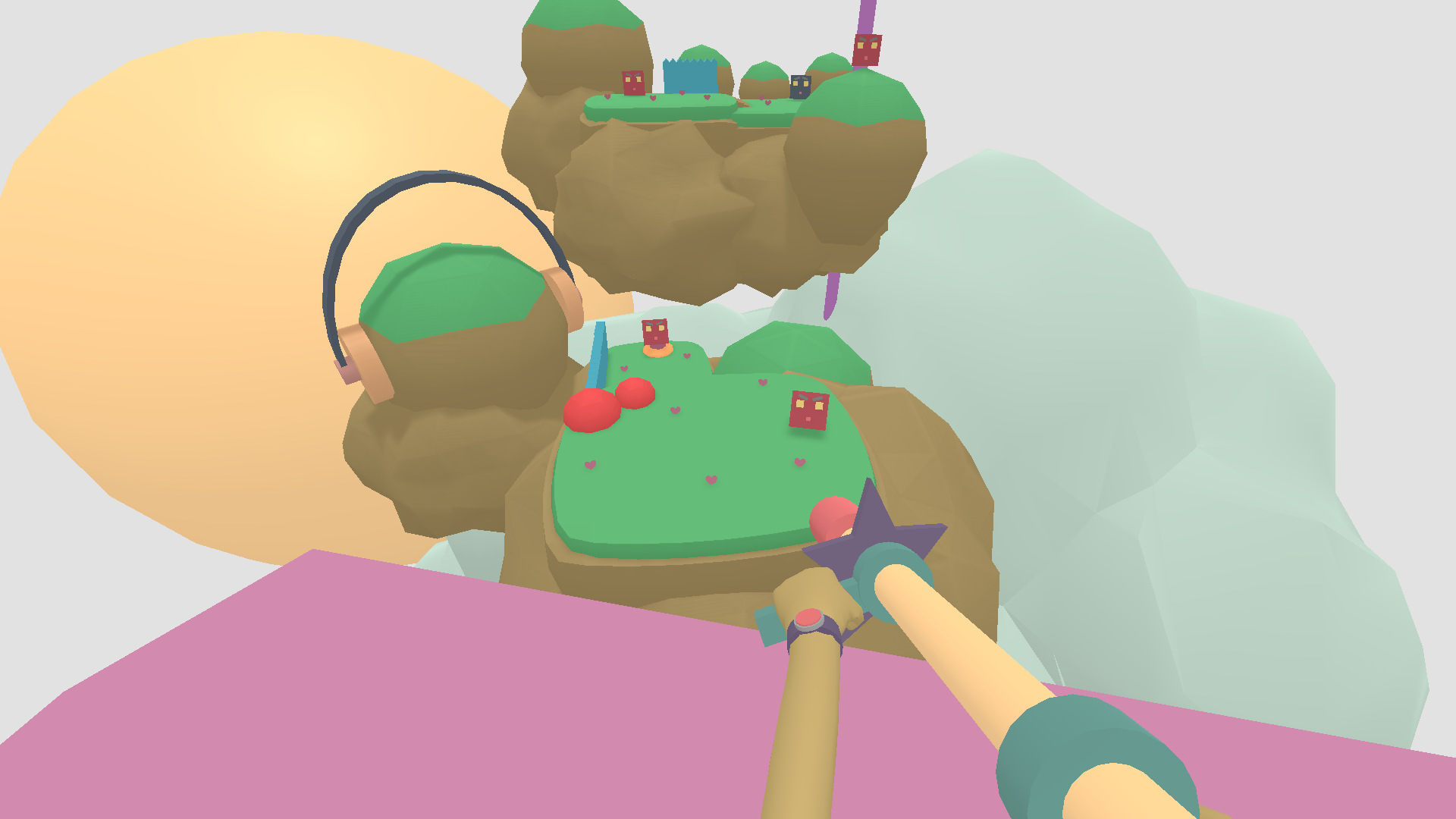 Lovely Planet has been known for its obstacles and challenges. Again, tomatoes get thrown into the air and baddies hide around corners. Now in Lovely Planet 2, there’s a red box to signal that it’s in-flight, allowing you a short window of time to acquire the target and eliminate it before it hits the ground. There’s other hazards like red blobs, spikes, and of course falling. There’s no shortage of dangers that you’ll have to face, but you’ll only ever get fooled once.

Hidden among the enemies are friendlies, which are marked, but it’s easy to have an errant shot accidentally kill them. Doing so ends the level, and you have to restart. There’s a cool thing that when an enemy fires a projectile at you, you can shoot your gun and have them clash, which offers a bonus. New enemies offer a new challenge, such as the ones that once shot will pull you to their position, and you must use that momentum to take you to the next platform while planning your next shot so you don’t get killed. 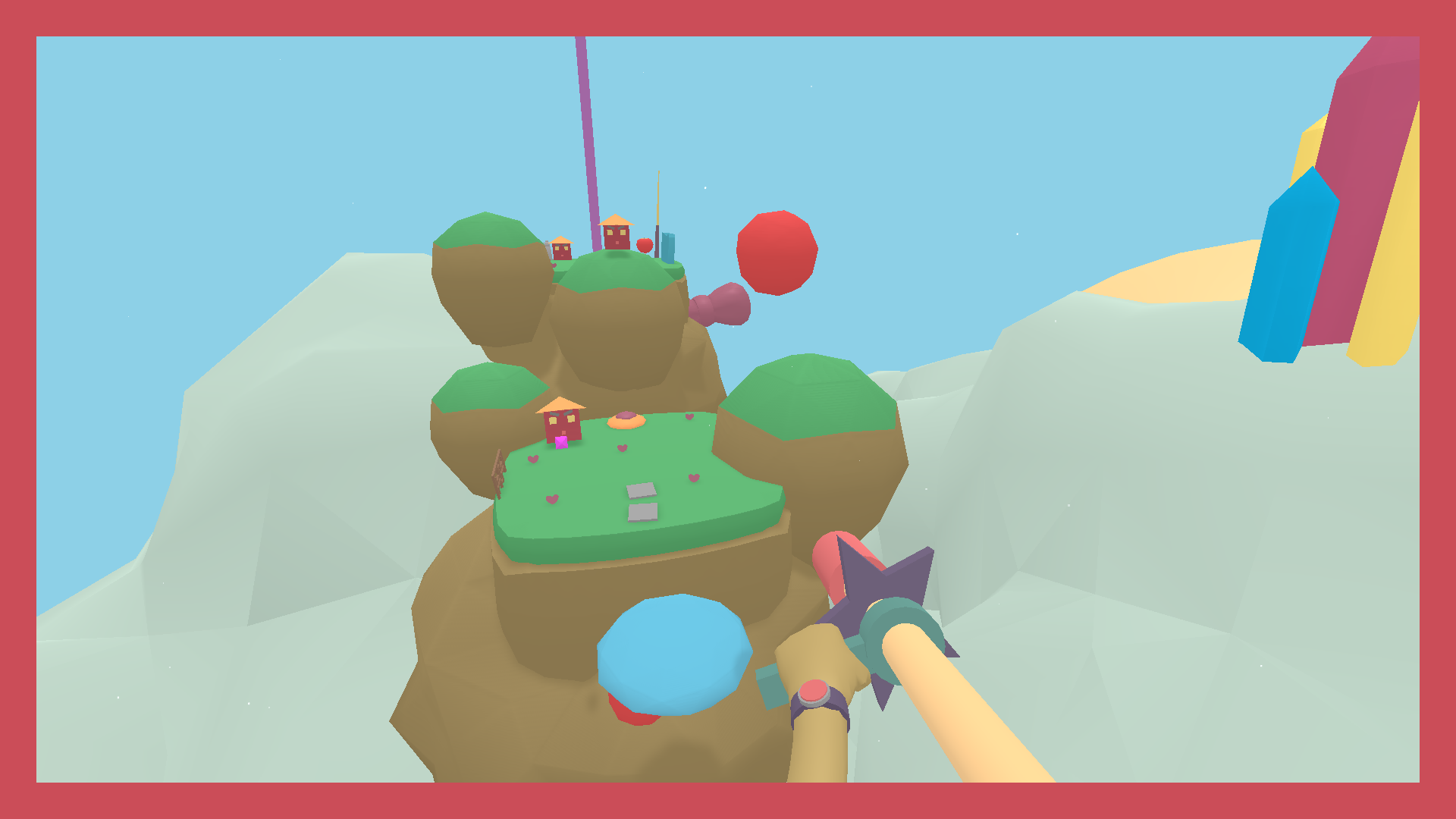 With so many manners of certain death, dying instantly can be frustrating. This is mitigated by the fact that you can quick-restart the level at the press of a button. Memorization is paramount in Lovely Planet 2: April Skies, as you’ll need to memorize the routes for efficiency.This is especially needed if you’re going for 100% in each level, or replaying levels in the new challenge mode. There are secrets to find along the way that further the want to revisit prior levels.

The gorgeous pastels and improved 3D visuals are complimented by the wonderful music, once again by Calum Bowen. Lovely Planet 2: April Skies isn’t all sunshine and rainbows. The mouse movement feels a bit off. Even after making adjustments to the x and y-axis, the mouse tracking feels a bit sluggish. It was something that didn’t bother me as much the more I played, but never quite felt right. 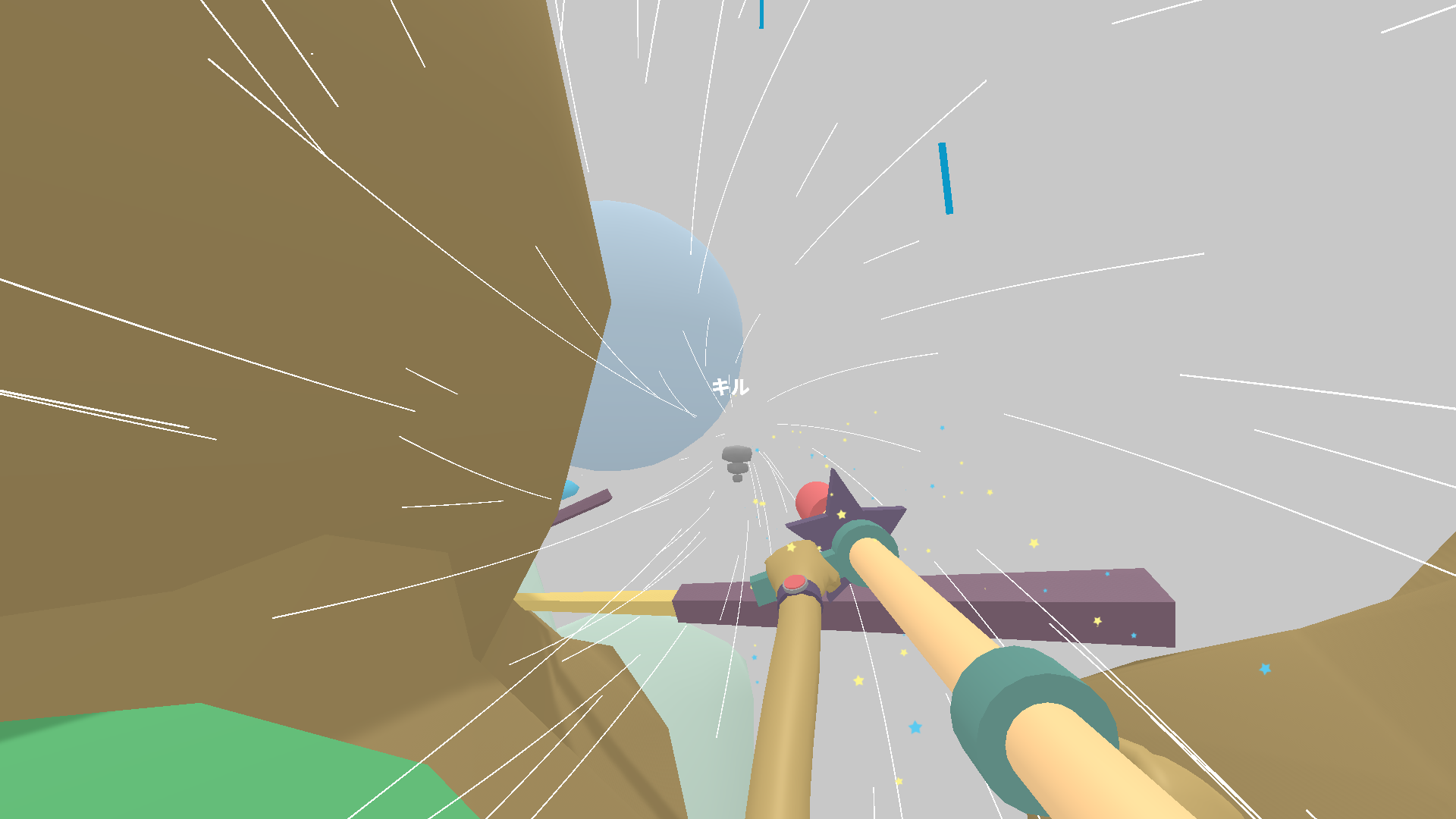 Lovely Planet 2: April Skies is a fantastic game that corrects all the issues I’ve had with a couple of the prior entries. This is a hardcore game in a colorful and cute disguise. This is a game that gives back what you put into it, meaning the more you learn the levels and optimize your routes, you’ll get rewarded for it. QUICKTEQUILA’s return to Lovely Planet is a welcome one, and Lovely Planet 2: April Skies is the best of the series that you’ve gotta play.