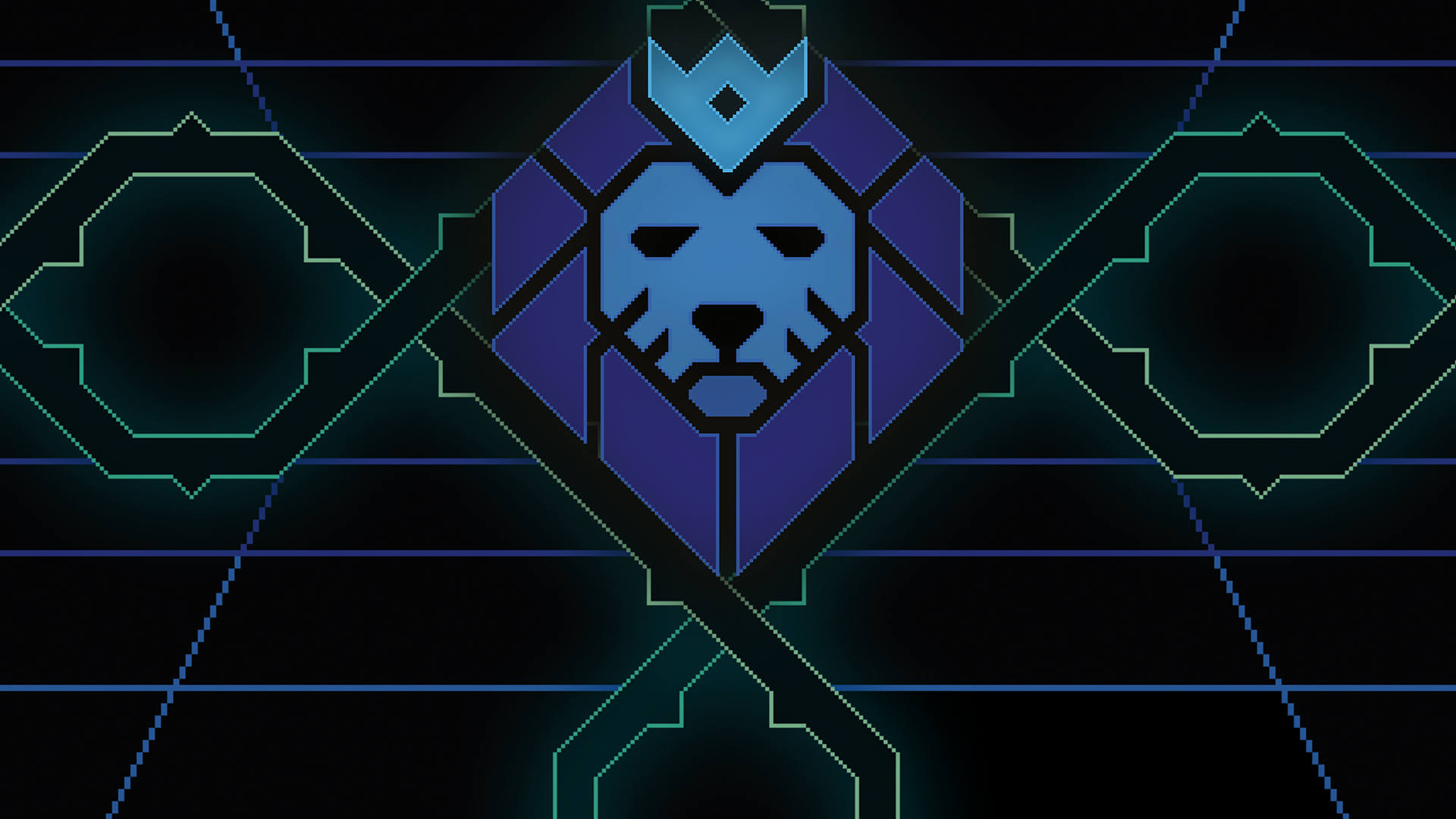 I love a good hacking game. For as long as movies and TV have been romanticizing computer hacking as a sport or profession, the appeal of sitting down in front of a computer, blasting out a series of keystrokes and suddenly being in control of any information or systems you want has been undeniably exciting. This was the promise of the internet age, that heady time in the late 90’s and early 00’s that saw a computer land in every home. 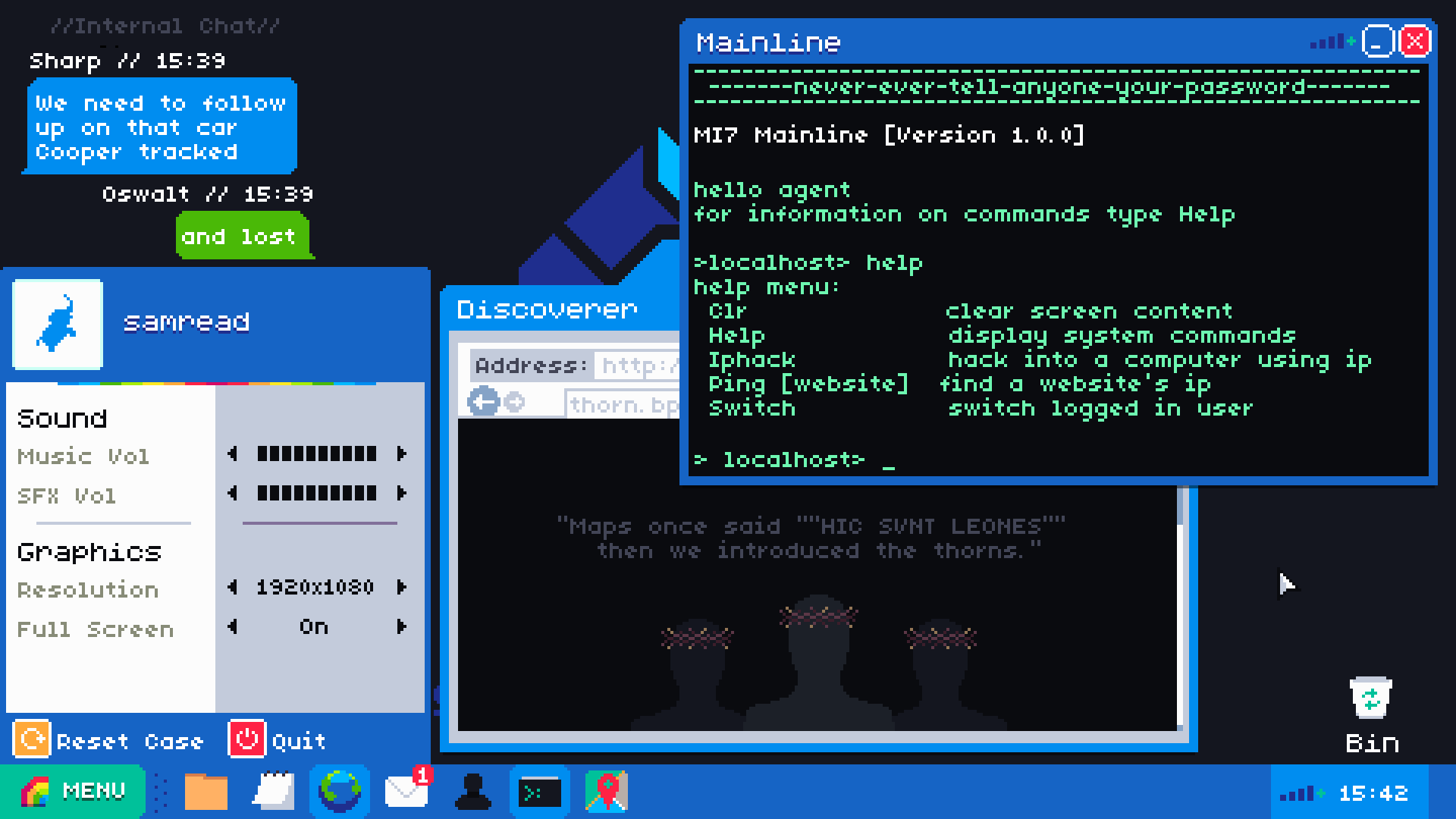 Mainlining takes us to a similar era in some offshoot reality, playing the role of a Government cyber cop with nearly unlimited access and only the slightest hint of accountability, thanks to a suite of “advanced” tools and some newly passed laws that give you and the other agents of MI9 the freedom to move through the internet and make arrests at will, requiring only a modicum of evidence to support your indictments.

The game plays out on a virtual desktop, a fake OS heavily inspired by the well-loved Windows XP, and the tools and interfaces available to you are similarly of that era. Your trusty web browser and email client give you most of the information and exploration capabilities you need, and an agency-issued command line hacking tool called *Mainline* is your primary utility for breaking into servers and scraping together evidence. 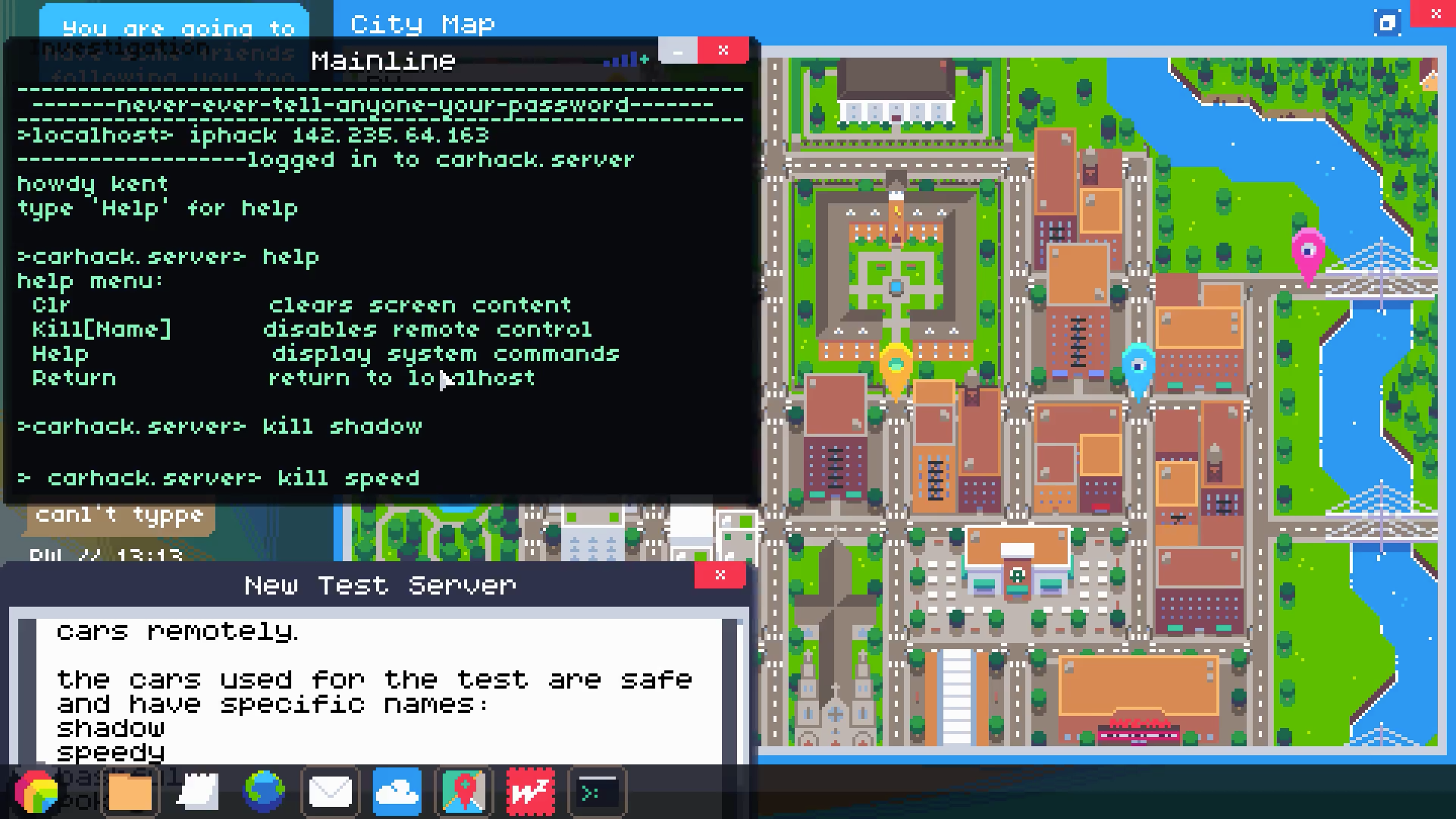 The story unfolds over the course of discrete Cases, in which you’re tasked with uncovering the identity of some online ne’er do well, extracting the proof of their crime, and sending the paddy-wagon to collect them from where ever they’re currently hanging out. Even from the beginning, solving cases means there’s some actual detective work and deductive reasoning required, and you’ll find yourself dipping in and out of servers, following leads and to uncover more details and ultimately piece things together.

The first mission trains you how to use your tools and the menu of commands Mainline has for you to utilize, and from there the difficulty continues to ramp up, with each mission requiring you to cross-check more data, investigate some dead-ends, and think more critically about evidence in front of you and how it can lead you to the next step. All of the information you might need to move forward with a case will always be available to you when you need it, but there are some clever ways that some of that information can be nestled into seemingly innocuous files.

Building your case is as simple as naming your suspect, identifying their work or home location, and supplying a piece of corroborating evidence. Depending on what evidence you provide, the weight of the charges can scale up or down, with harder evidence resulting in longer sentences for those citizens unlucky enough to catch the attention of your unit.

Playing the game on Nintendo Switch is a particularly interesting experience. Mainlining was originally designed for PCs with a keyboard and mouse attached, so translating the experience to a game console is almost asking for trouble. After all, how can you hack at a terminal without a keyboard? The solution comes in the form of a clever on-screen virtual keyboard, which aesthetically fits right in with the rest of the game’s pixellated, faux-windows desktop. 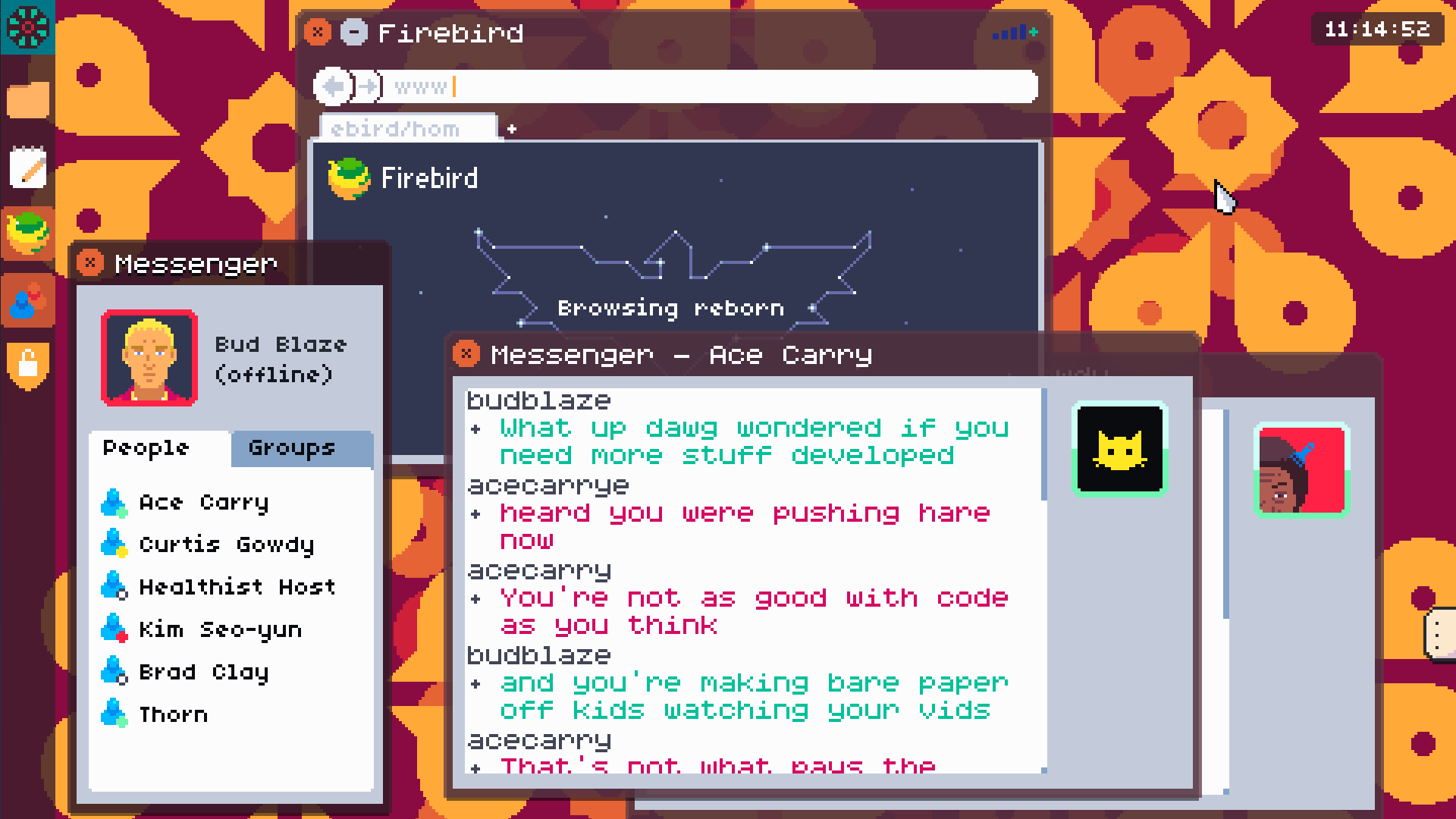 The keyboard itself is split into two halves, and can be called up (and just as quickly dismissed) at any time by tapping the “Y” button. While it’s on screen, each of the control sticks on your joy cons or Pro Controller becomes a cursor on one half of the board, allowing you to highlight letters and pull the triggers to “tap” them. This is a serviceable way to play, albeit a slow one. The far better option is to play in handheld mode so that you can use your thumbs to type on the keyboard, much like you would on a smartphone or a tablet; if you’ve ever used a split keyboard on a mobile device, suddenly the typing feels fairly natural.

Truthfully, it didn’t even occur to me to try using touch controls on the keyboard until after I’d spent about an hour with the game, slowly pecking out URLs and IP addresses and fretting about how I was going to find the fun in something that I clearly should be playing somewhere else. Once I realized there was touch screen support, it cast a whole new light on the experience. Suddenly, instead of being some dope barely managing to keep up with cybercriminals, I was carrying a highly capable portable hacking device and tunneling into servers at lightning speed while moving across the city on the train. It’s a surprisingly cool feeling. 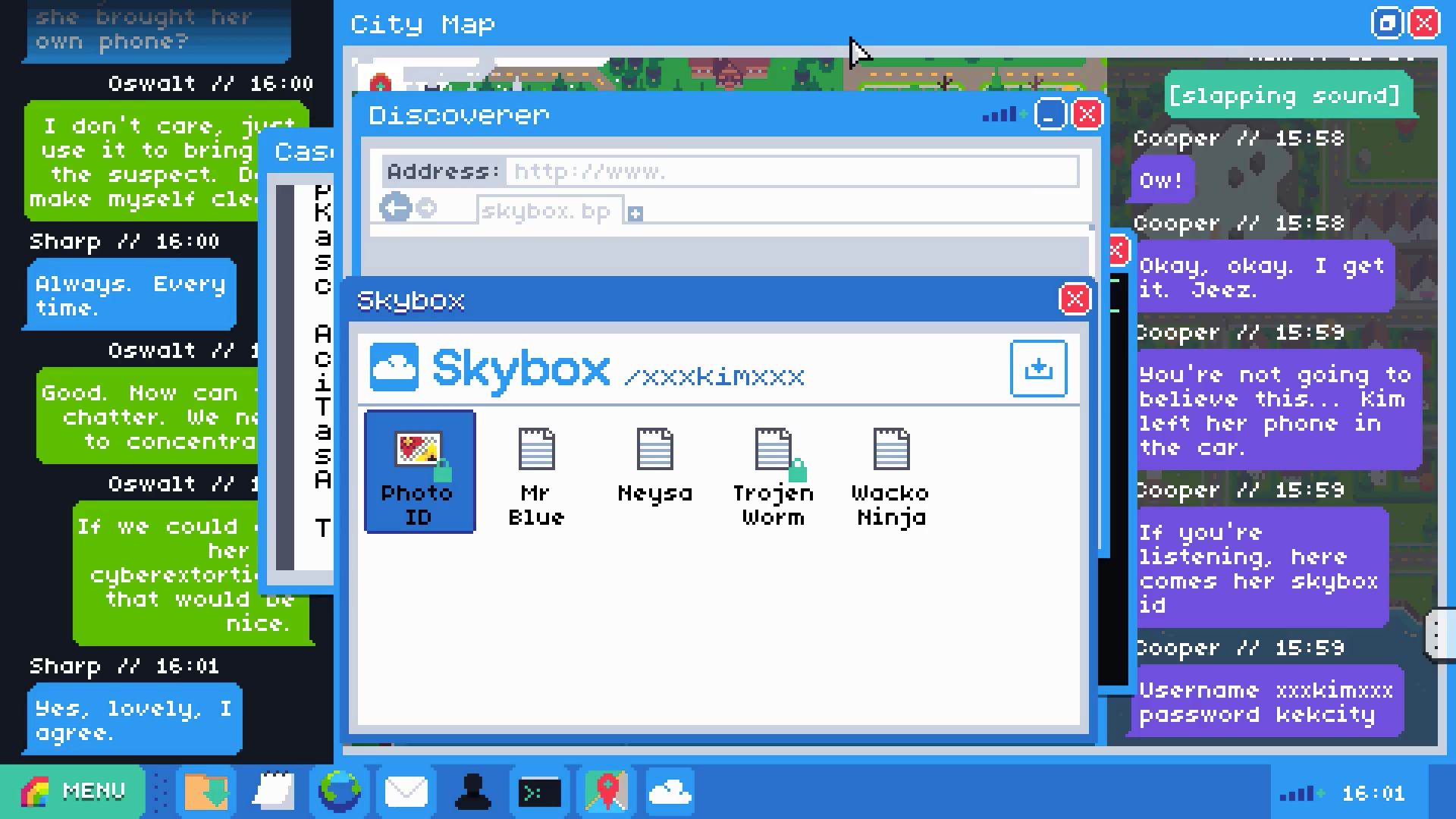 It’s hard to say much else about the game without giving away some fun story beats, but overall Mainlining is a fun game with great, consistent art direction and some very clever (and mostly faithful) old style hacking mechanics. While it almost certainly plays best elsewhere, the Switch version is impressively competent and it’s a great themed adventure that is both challenging and satisfying.