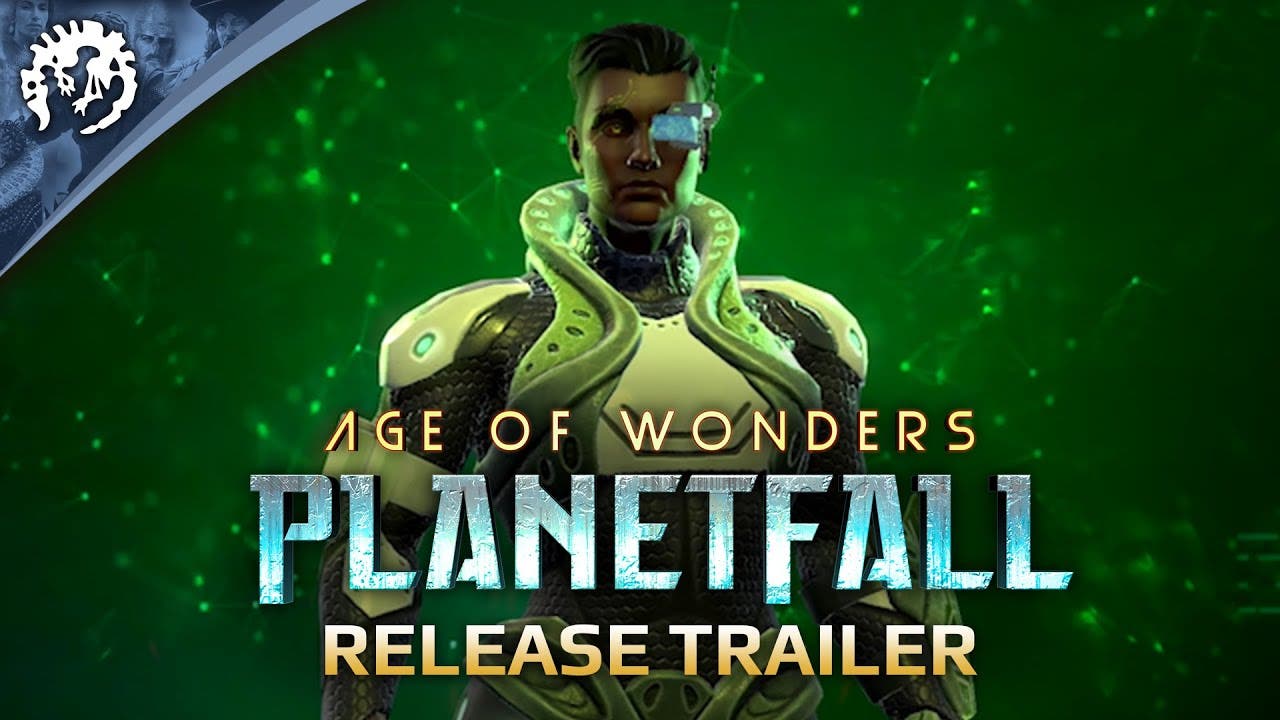 Age of Wonders: Planetfall launch trailer shows gameplay and how to “make your turn count”

STOCKHOLM – AUGUST 6, 2019 – Paradox Interactive and Triumph Studios today released Age of Wonders: Planetfall, a new sci-fi entry within the critically-acclaimed Age of Wonders series of turn-based strategy games. Available now on PC, PlayStation®4, and Xbox One for a suggested retail price of $49.99 / £44.99 / €49.95, the single and multiplayer odyssey offers tactical combat and in-depth empire building within the ruins of a fallen galactic empire.

Watch the Amazon and Vanguard factions go head to head in their fight to take over the planet within Planetfall’s launch trailer.

“It’s incredible to launch Planetfall as our first project together with the team at Triumph. The Age of Wonders series is well-known within the turn-based strategy community for its broad variety of tools at the player’s disposal to wreak havoc or negotiate peace. We’re really looking forward to seeing what kind of empires our players create,” said Ebba Ljungerud, CEO at Paradox Interactive.

“The new sci-fi setting in Planetfall presented a ton of opportunities for our team to create new lore, technologies, and other in-game features that change how the series behaves,” said Lennart Sas, CEO and Game Director at Triumph Studios. “This is a new generation for Age of Wonders.”

In Planetfall, emerge from the cosmic dark age of a fallen galactic empire and build a new future for your people. Build your empire with one of six unique factions, ranging from the militant Vanguard to the dinosaur-riding Amazons and the cyborg-zombies of the Assembly. Progress through each faction’s missions using your wits, military strength and diplomacy, exploring planetary ruins and encountering other survivors as you unravel the history of a shattered civilization. Fight, build, negotiate and technologically advance your way to utopia in a deep single player campaign, on random skirmish maps, and against friends in multiplayer via online, hotseat, and asynchronous modes.

Age of Wonders: Planetfall is available for digital download on Steam, the PlayStation Store, and the Xbox Store or as a physical edition. The Deluxe Edition ($59.99) includes the Bravado Bundle and Spacerpunk cosmetic packs, as well as the Infested Worlds scenario planet. The Premium Edition ($89.99) additionally offers players access to three upcoming expansions and a platform-specific instant reward.