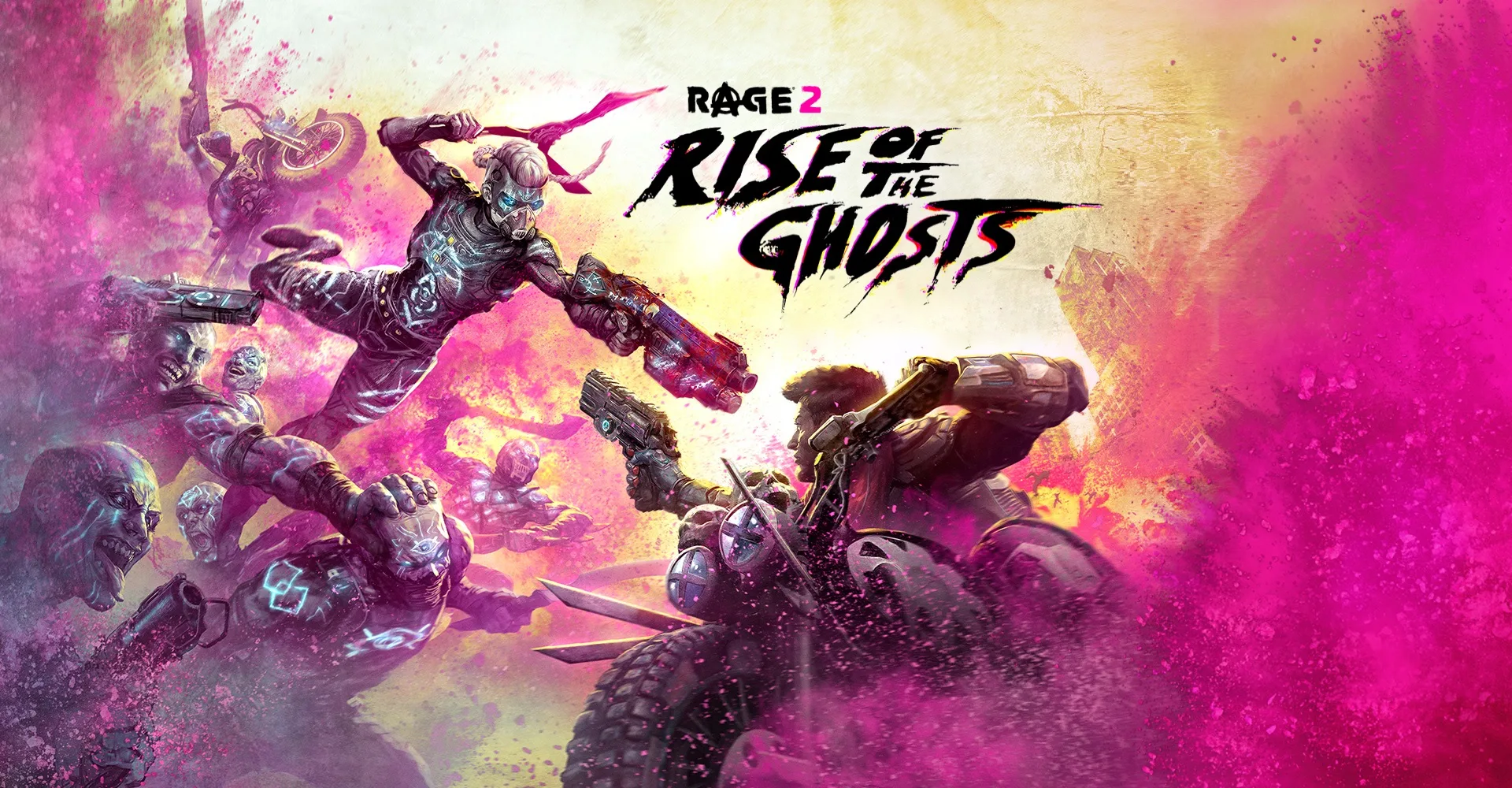 RAGE 2 – Rise of the Ghosts Review

Rise of the Ghosts is the first of two expansions for RAGE 2. While there’s nothing ostensibly bad here, this expansion leaves a lot to be desired. It makes a lot of mistakes many downloadable content stories have already made before, and hasn’t learned from them. That’s not to say there isn’t anything to like here, but the shadow that Rise of the Ghosts casts covers the light of the positives. If I had to sum up the experience of returning to RAGE 2 specific to this DLC, it’d be: middling.

When you play RAGE 2 after getting the DLC, you’ll be given a radio transmission to investigate an area near where you start the game. It’s a very Bethesda / Fallout thing to do for a post-apocalypse game. Upon arriving to the source of the signal, a new ark has emerged, which invites suspicion. And in the distance, you’ll see a new city that seems to have sprouted overnight. The game then whisks you to the new location called the Overgrown City, and introduces you to a new enemy, the Ghosts. They’re being led by a fallen Ranger, known as Iris. From here you’re let loose to pursue the story further or do some side activities.

The DLC is available for anyone playing for the first time, early into the campaign, or returning wasteland superheroes. In fact, you can play this DLC immediately following the first mission! Having finished the majority of RAGE 2, to include the main story arc, I’m not sure that going straight into this DLC would be wise. It definitely feels like a late-game addition that benefits by having more powers and tricks in your arsenal by the time you start this. It took me a little over three hours to get to the end credits of this expansion, and the side activities can be another two to three hours. For comparison, the original game took me about eight-hours for all three of the original mission givers. So I think it feels about right given the price.

Editor’s Note: You can’t buy the DLC as you would a game’s DLC on any of the storefronts. You either must buy the Deluxe Edition of the game or buy RAGE coins that equate to $15 to purchase the DLC in-game. This is the only way to currently obtain this expansion. 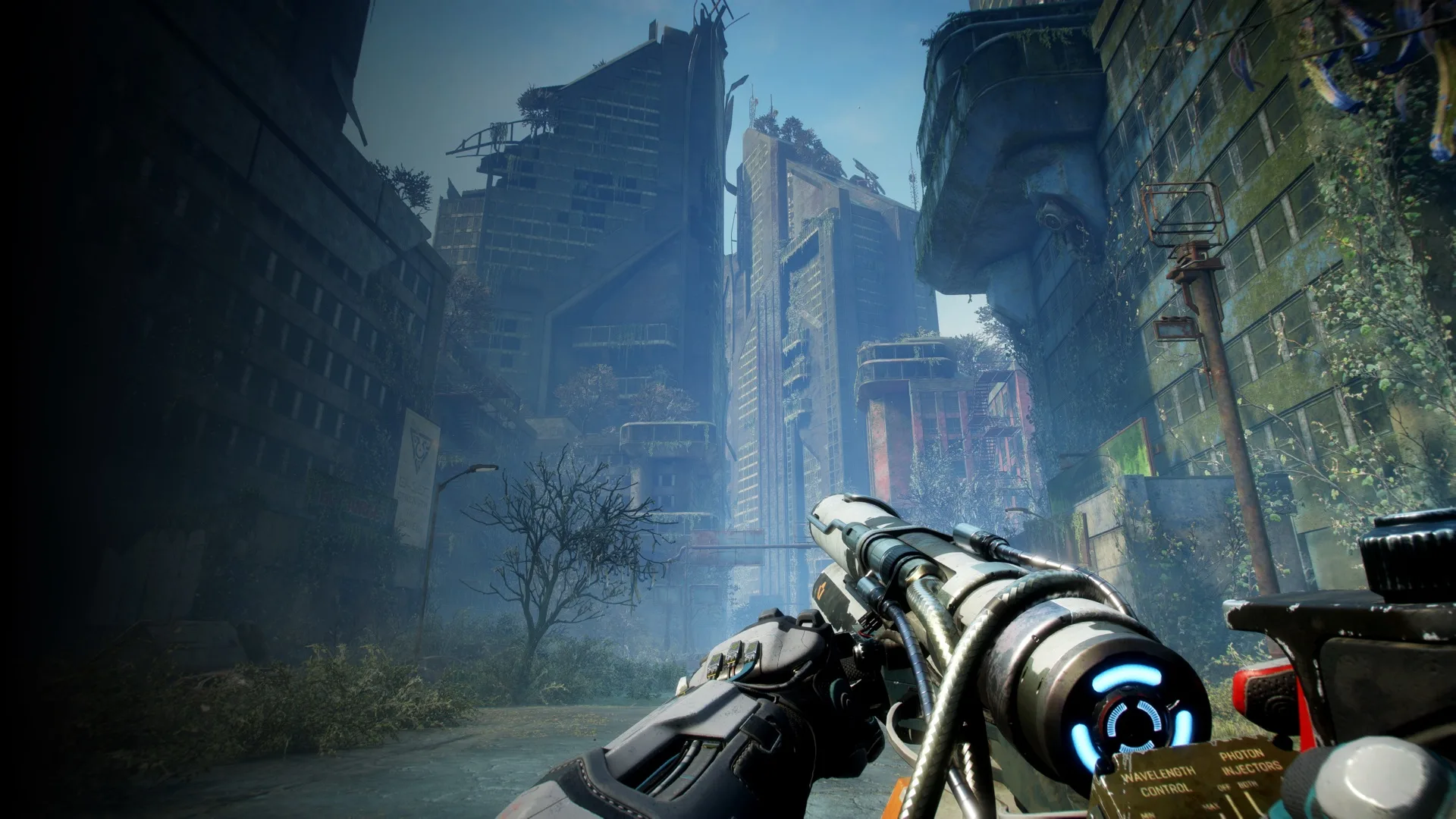 Rise of the Ghosts has a whole campaign to follow to its end, but it’s worth talking about the all-new types of side missions that fill out the new open-world playspace. You’ll encounter a new point of contact named Keenan who gives you your missions and has a project that can be completed like Dr. Kvasir, Loosum Hagar, and John Marshall of the main game. He can be spotted by the new character portrait and color-coded icons. First there’s Ghost Sanctuaries which are religious homes taken over by the ghosts that must be liberated, Drug Refineries which is how the ghosts gain their power, Antennas used for sending messages, and Air Drops that are protected drops. While that’s not all of them, they all equate to being defense missions of some kind, mostly until an arbitrary timer ends before you’ve completed. This wears thin rather quickly, but because they are new and different, it’s easy to dismiss their annoyances and repetition.

For a first-person shooter, it’d be silly if this didn’t include at least one new weapon or power for Walker to take possession of. First is the Feltrite Laser Launcher, which is hidden behind the discovery of another new ark somewhere within the Overgrown City that requires some serious searching to find. Next is the Void power, which comes with its own tutorial and is locked until the corresponding ark is found. There’s also a new set of shock grenades which work wonders against the ghosts. While I enjoyed the new weapon and power, I still fell back to the main game’s original guns like the pistol, assault rifle, and shotgun. 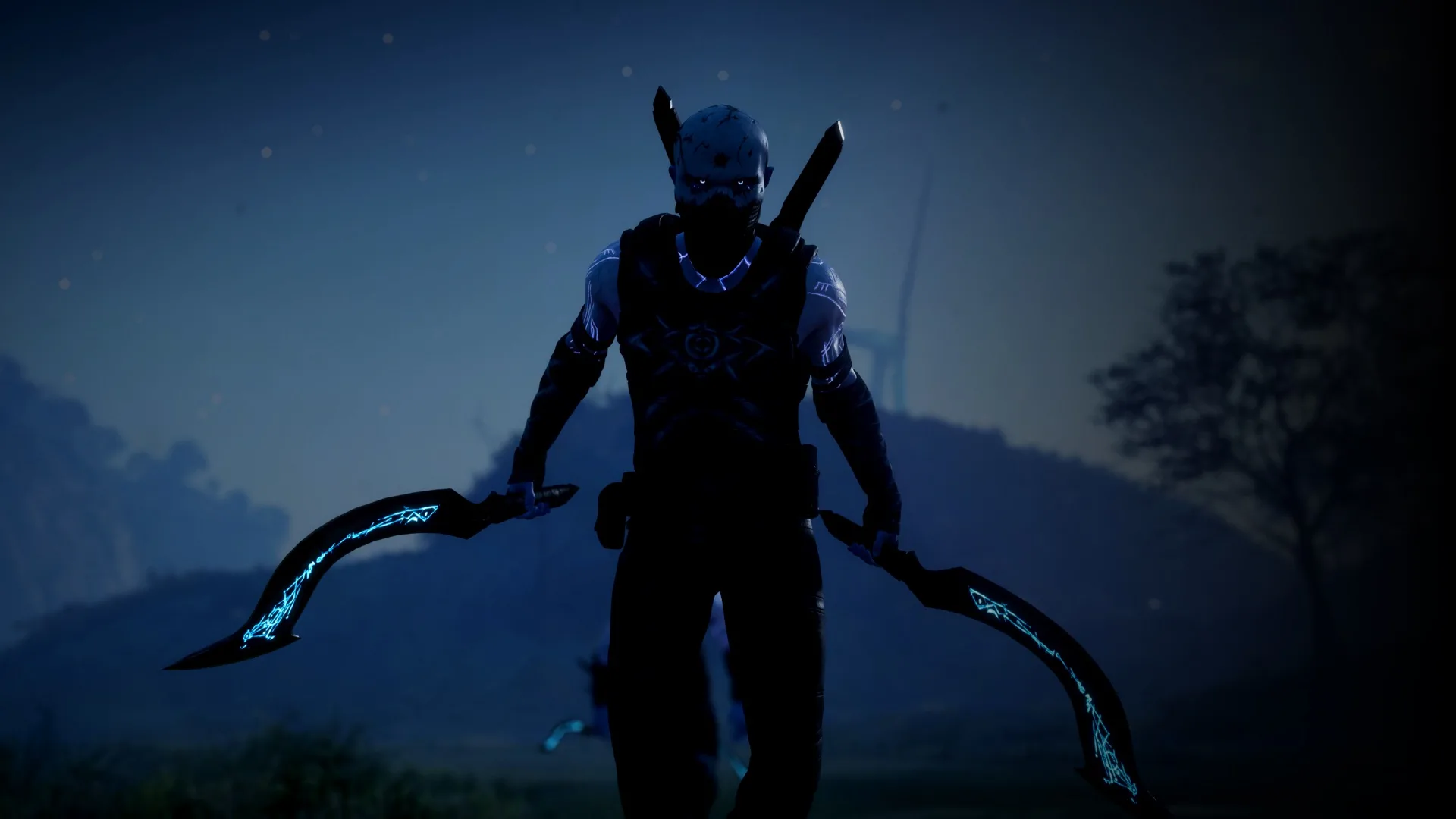 As you continue to do missions for Keenan, you’ll see the refuge of the Metro Station that’s the only fast travel point on the island transform. You’ll see it be a dimly-lit hole in the ground, to a semi-sprawling station teeming with life the more you progress and do side missions. There’s a real impact to your work, and it’s really awesome to see a thing change in a short amount of time.

The new ghost enemies are definitely tougher, which is better suited to your skills and weapons; and they’re also faster, which is not exactly better. You’ll waste a lot of shots as they zip around the screen. There’s also some new feral zombie types that come in swarms, are easy to dispatch, but don’t amount to much as an impactful enemy. The game doesn’t try to ask or answer what they’re about. There’s some buggy missions, that end up sorting themselves out. And when driving in a vehicle, the game often plays a series of reload sound effects for all your guns. Minor stuff, and not too problematic in that way. What is problematic, is that the DLC gets to end of the story too quickly. The characters that are introduced to you throughout are not developed in enough time, lessening the importance of certain moments, and it just feels rushed. The downtown area of the Overgrown City is not used nearly enough, and the whole island feels rather dull and lifeless compared to the rest of the game world. I’ll say that the ending is neat, and offers a clever usage of credits. But because it can be played so early in the campaign, doesn’t have any relation to those events to really matter.

It’s worth noting that RAGE 2 received an update that added a new vehicle: a mech. I’d recommend you go and seek that out on the mainland first. It can trivialize, or otherwise make easier a lot of encounters in Rise of the Ghosts. The mech is just a really helpful vehicle, and the mission only takes about thirty minutes to complete, so you might as well add something that is a benefit to you to the garage. 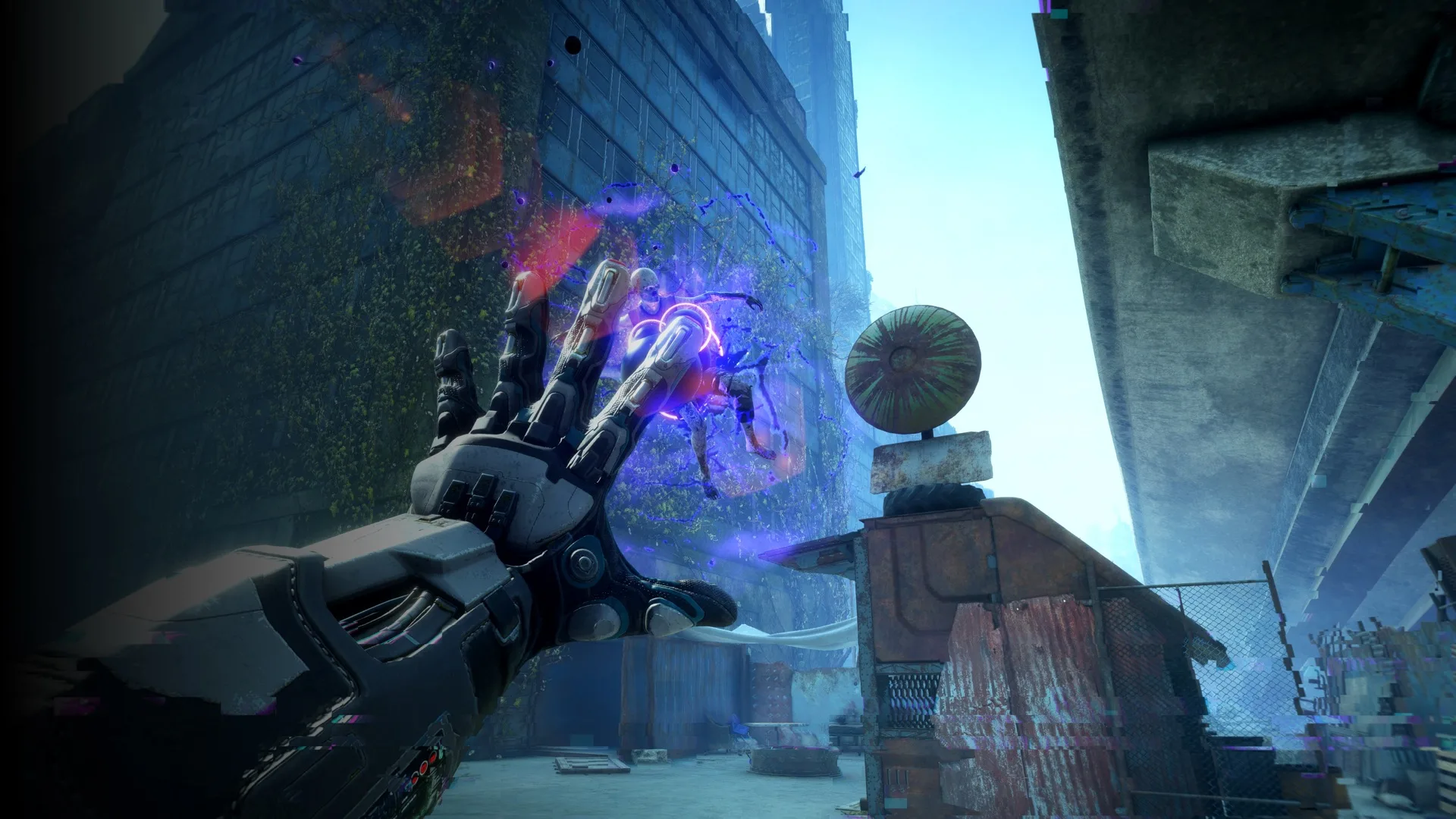 This expansion uses many retired philosophies about adding landmasses that wasn’t there before. The expansion feels too isolated from the main game in a lot of ways. It doesn’t really add anything to the experience, and the time away has not done the game good, despite its updates. With Borderlands 3 now out, and DOOM Eternal around the corner, RAGE 2 doesn’t quite fit anymore. It’s still a really fun game, but it’s starting to feel like it has worn out its welcome. I wouldn’t recommend you go out of your way to pick this up, but if you bought the Deluxe Edition or have the RAGE coins, Rise of the Ghosts is an okay way to spend your time.