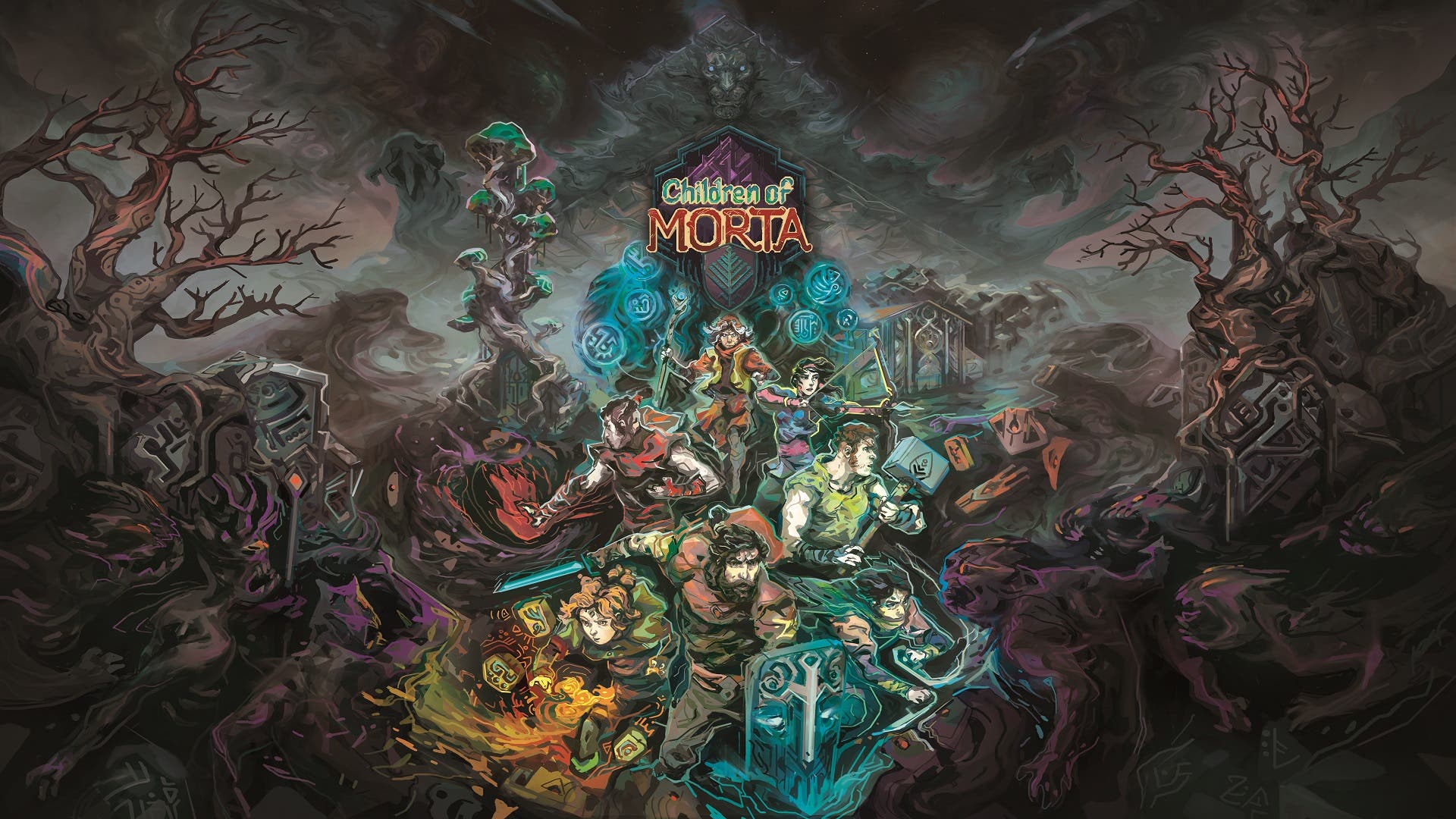 I’m not a huge fan of rogue-like games. Admittedly that’s probably not the best way to start off a review of a game in the genre, but hear me out.  Rogue-like games usually require some sort of replaying levels over and over with little gains. Perhaps those gains come from learning a level or how to better handle enemies. Each game with these elements and within this genre always seem to have varying degrees on how they work. For my, it feels like all the work I’ve done amounts to nothing in a lot of ways. Jumping into Children of Morta, like any game in this genre, had me a bit apprehensive. Hours later, one thing became very clear: I adored this game, its story, and its progression system. 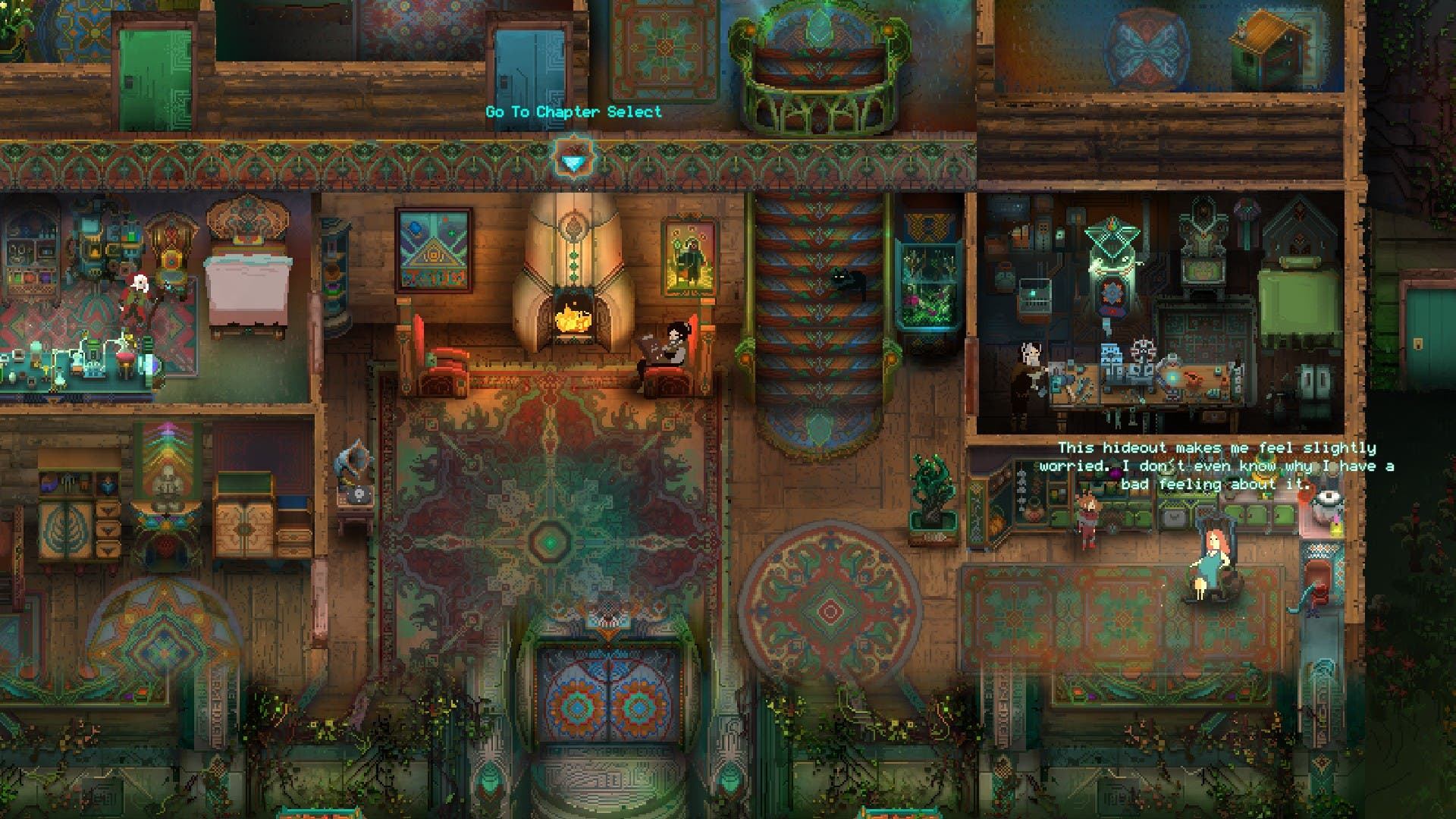 The story here is about the Bergson’s family and how they must endure a great sudden turmoil. The corruption has spread across the land and it’s will take the entire family’s help to stop it.  Family here is a key component to the story and one that absolutely had me captivated. What’s even more impressive is how the family members themselves are not voice acting, but a narrator describes and tells of their journey. It’s reminiscent of Bastion. I liked it there and I love it here even more. Weaving a fairy tale like narrative about a family struggling against and ancient evil worked on many levels. The game really makes players care about what’s happening to the family and this is even implemented in the gameplay in subtle way. 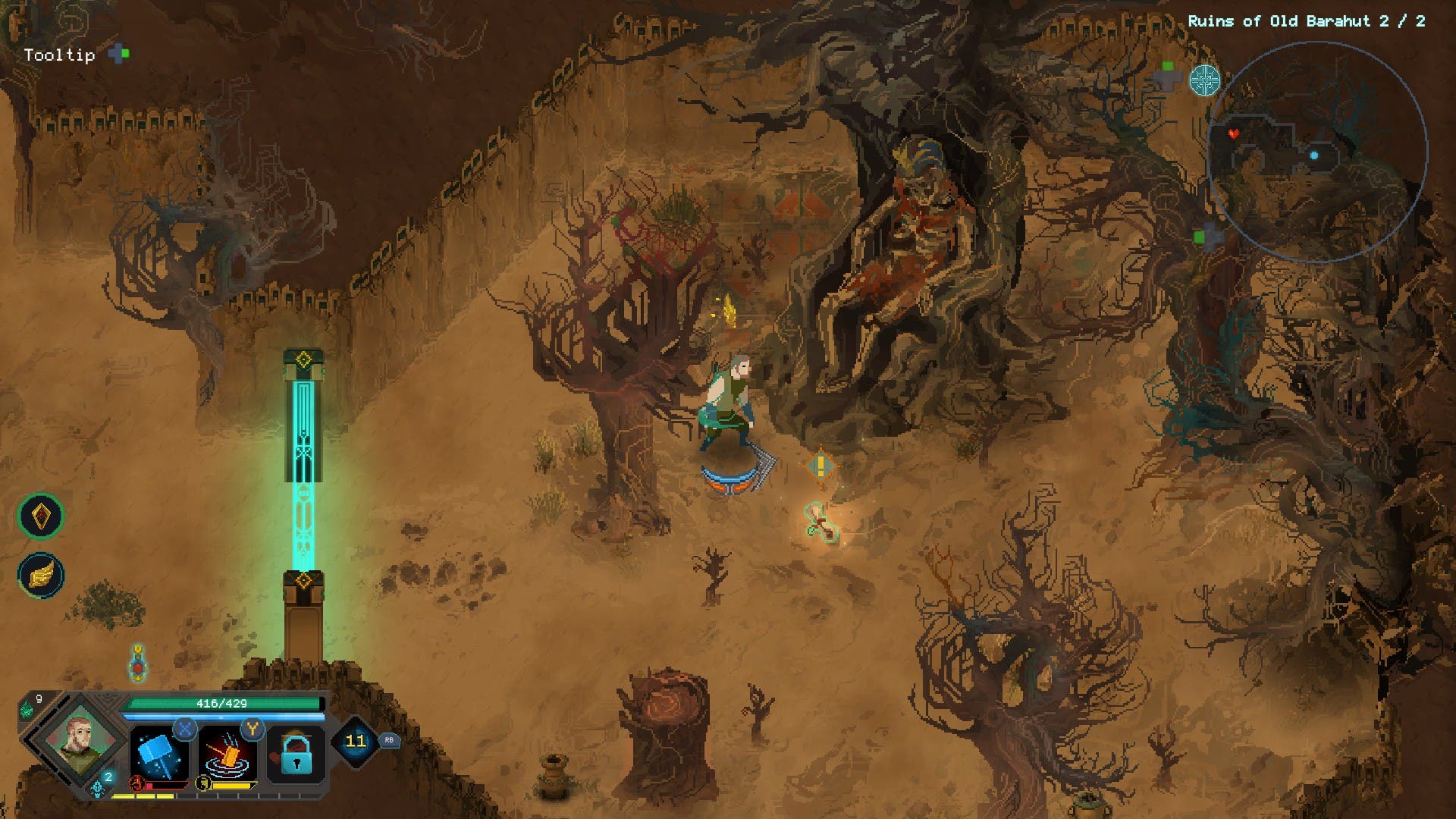 Starting off, players only have access to the father and daughter. Yet as the tale unfolds, more of the family become available, each with different attacks, skill trees, and leveling up. The story is weaved around this element as well because death doesn’t mean new elements won’t be discovered. The rogue like element comes into play when upon player’s death, they are returned to the manor which serves as a hub and upgrade area.  Going to the basement and back to the various dungeons areas to progress the story. Players will explore generated maps that change each run, with various power ups that last the duration of the run. Once death happens, and it will, players are returned. The power ups disappear, but elements like gold, experience, and skill unlocks stay. This makes progression almost always a constant factor in some way. Adding into that, even when dying story elements occur back at the house, or perhaps an area explored that showcases some new story beat. After so many runs without making progress, there are times where nothing new will occur story wise, but it’s a very organic and natural way to give players a little reward here and there during the runs. 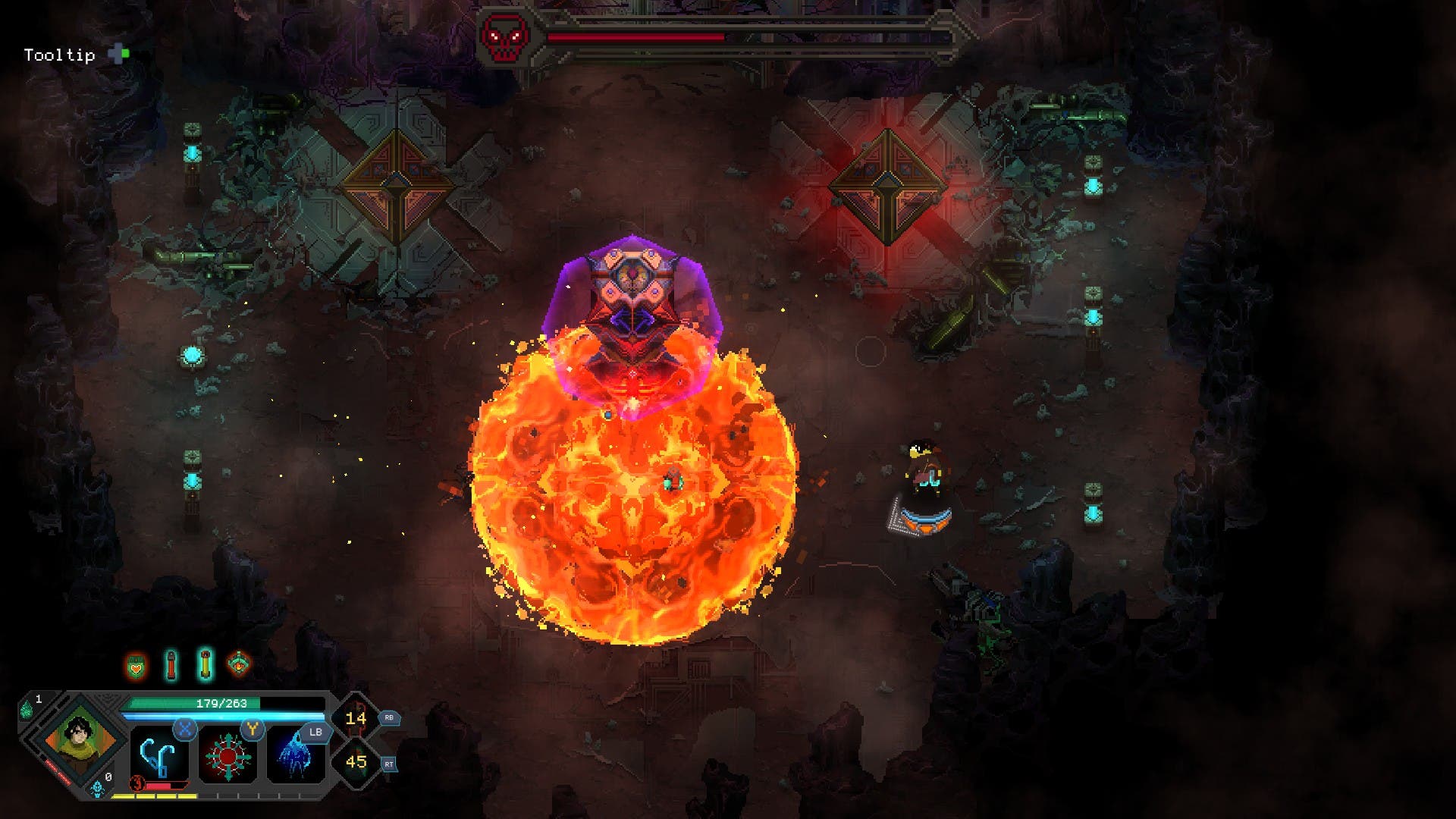 Combat here is fast and fun, with a top down dungeon like feel. Nothing overly complicated for newcomers, but enough to keep veterans satisfied. Fighting hordes of enemies feels engaging and dangerous at times, if not a bit grindy as expected. Visuals are beautiful with great swath of colors and pallets between areas. The game definitely nails the older 16 bit style of graphics, that while some may tire of now, I’m still a huge fan of. Voice acting and music is on point here and absolutely seals the quality of this title and as an overall package. 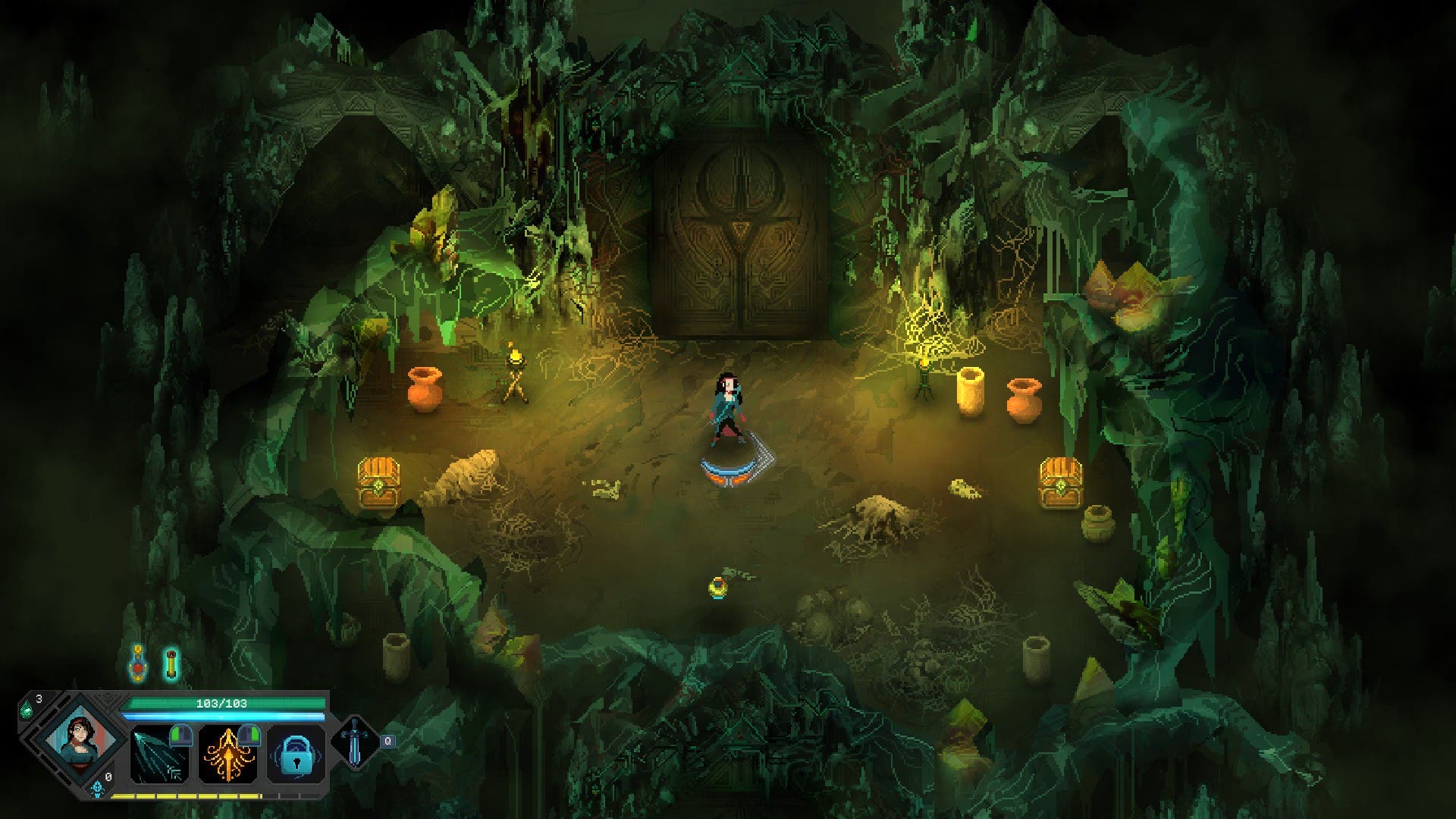 Children of Morta is a huge surprise. Not only is it an outstanding rogue-like game, filled with quality all around. It’s an experience that is probably my favorite in the genre at this point. Combining fantastic story telling elements, engaging gameplay, and a rogue-like loop that actually has me excited to do another run each time. Add on local co-op and I don’t see how it could get any better sans an online update later. What the Bergson’s family endures in combat is only half the excitement as I couldn’t wait to see what story beat hit next. I was concerned, I cared. Admittedly once the game is over, there is no huge reason to replay other than starting the story over, or perhaps leveling up some of the other family members, but that’s so minor. Children of Morta is top notch in the genre, a rogue-like fairy tale nightmare everyone should experience.