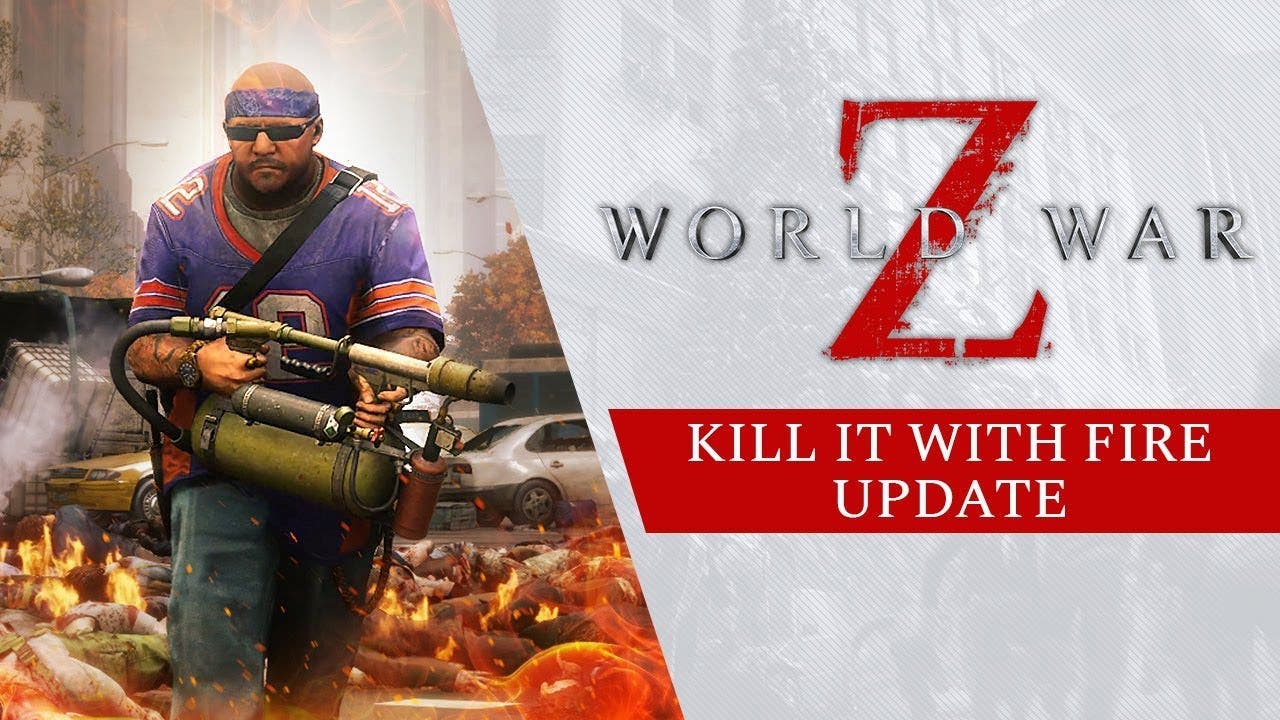 Kicking off World War Z’s second season of free content, the “Kill It With Fire” update features two challenging new PvE missions: “Dead in the Water,” in which your survivors must execute a new escape plan after being stranded on New York’s Hudson River, and “Resurrection,” which will take your team deep into the dark tunnels below Moscow. The patch also includes a new flamethrower weapon, Halloween trinket, and the ability to prestige rank for special rewards.

A version of the Season Pass is coming soon to PlayStation®4 in the SIEE region. New free content additions, including the highly anticipated Horde Mode Z, PvE crossplay support, and a special zombie type, are also expected to arrive later this year.

Powered by Saber’s dynamic Swarm Engine™, World War Z challenges players with hundreds of fast-moving, bloodthirsty zombies at a time, able to move and strike as one collective herd, as well as break off as individual attackers. Choose from six distinct classes and an arsenal of deadly weapons, explosives, turrets and traps. Outlive the dead through intense four-player co-op campaign missions around the world, including New York, Jerusalem, Moscow and Tokyo, and battle both zombies and real human opponents in competitive, team-based Players vs. Players vs. Zombies (PvPvZ) multiplayer.

World War Z is out now digitally and at major retailers on PlayStation®4 and Xbox One, plus Windows PC via the Epic Games Store. For more information, visit http://wwzgame.com, and follow the game on Facebook at www.facebook.com/WWZGame, Twitter @WWZTheGame, and Instagram @WWZGame.