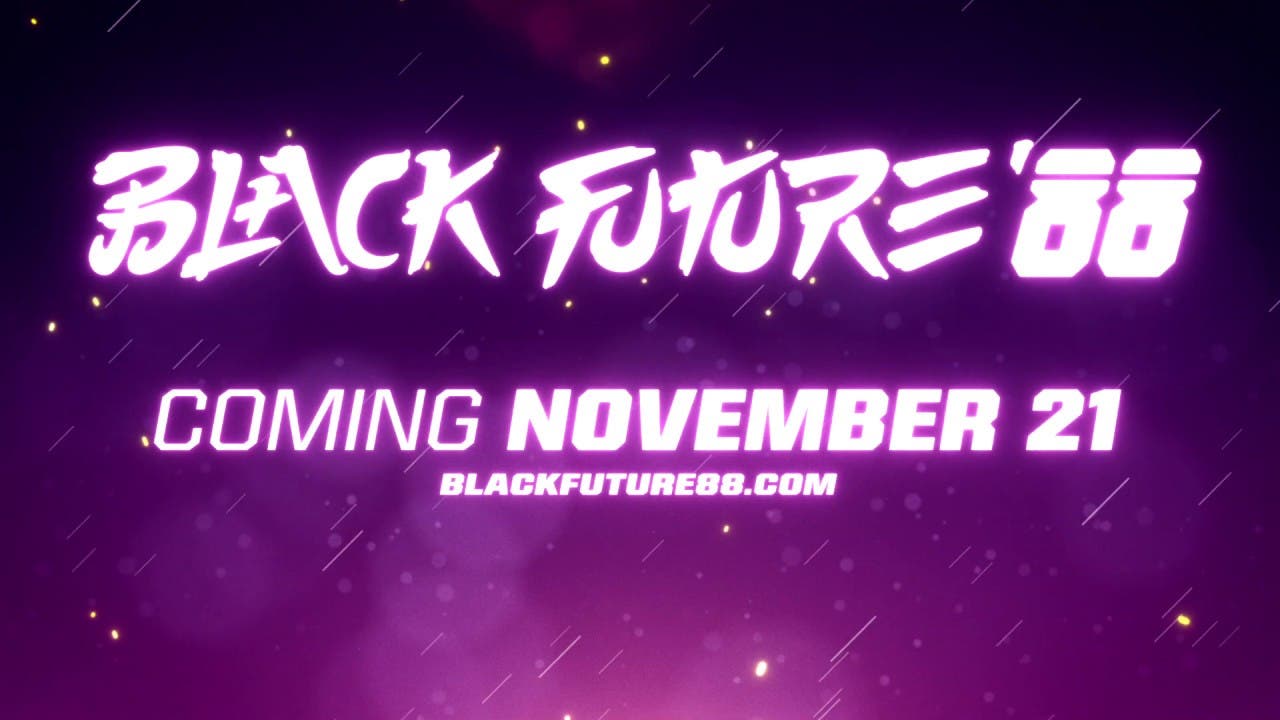 Black Future ‘88, the roguelike shooter comes to PC and Switch on November 21st

OAKLAND, Calif., and AMSTERDAM – Oct. 30, 2019 – Good Shepherd Entertainment and independent developer SuperScarySnakes have announced that Black Future ‘88, the 2D synth-punk roguelike action shooter that is constantly evolving to try to kill you, will launch digitally on Nintendo Switch and Windows PC via Steam on Nov. 21, 2019. A special physical release of Black Future ’88 on Nintendo Switch will be available in retail stores in 2020.

Set in a grim alternate history where it’s always 1988, Black Future ‘88 puts players on a non-stop dungeon-crawling ascent against homicidal robots, cutthroats, bosses and more to exact revenge on the man who destroyed the world. As one of the last remaining survivors of a nuclear cataclysm, you’ll climb a procedurally generated tower through a merciless onslaught of fire, lasers and steel.

The only way to kill your mark before your heart explodes is strategically combining dozens of unique guns, buffs and curses. Choose from several characters with a huge arsenal of weapons and powers as you shoot, slash and dash through anything standing between you and the top of the world.

Survive this nightmarish neon-lit retro dystopia alone or with a friend in two-player local co-op, then measure your mettle against other players by taking on special daily challenges to scale the global leaderboard. Black Future ’88 will also fully support Steam’s new Remote Play Together feature at launch, letting PC players join a friend’s game online.