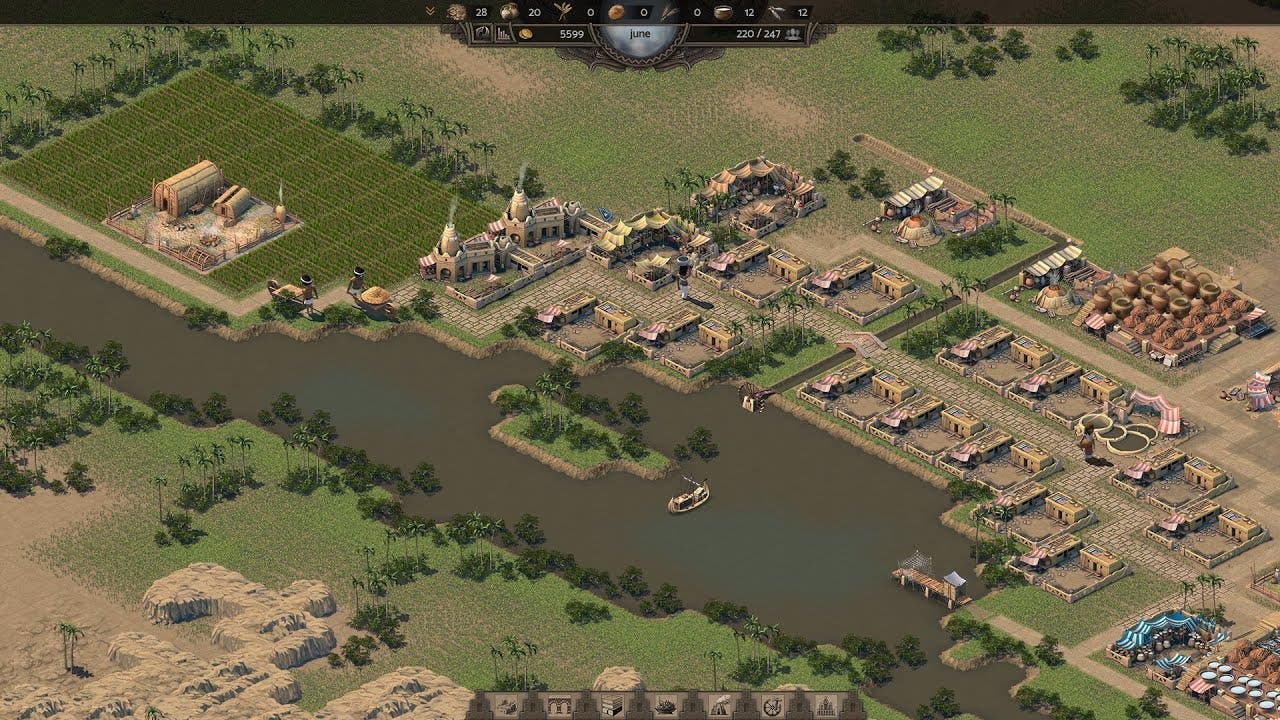 Nebuchadnezzar is an isometric city builder game taking place in ancient Mesopotamia. Players get to manage great historical cities filled with magnificent monuments built and designed exactly to their tastes.

Nebuchadnezzar is a classic isometric city builder game inviting players to experience the mysterious history and culture of ancient Mesopotamia. In the campaign, players get to rule over influential historical cities filled with magnificent monuments.

From plowing fields to creating products, players must oversee the manufacturing of agriculture and goods for the city population. Players have an arsenal of tools to optimize their objectives. In addition, a maximum overview of their city helps players to solve problems and prevent population loss. Nebuchadnezzar’s gameplay is geared towards all types of players: from beginners of the genre to experienced strategists.

Nebuchadnezzar’s main campaign contains 16 historical missions covering the colonization of ancient lands to the conquest of Babylon by Persians in 6th Century BC. Each mission summons a different time period in Ancient Mesopotamian history. Players must carry out tasks important to the specific time and place of each mission, including the construction of historical monuments.

During the campaign players will not only build complex ancient monuments, but design them too. Nebuchadnezzar features an in-game “monument editor” giving players complete control over their buildings. From structural design to color scheme to final details: it’s in the hands of the player. Will you recreate history or make history? It’s up to you.

Nebuchadnezzar was created with mods and localization in mind. Modders will be able to create their own buildings, goods, and monuments. And in addition, they can invent new missions and campaigns. All definition files are written in the easy to read Lua language. Localizing mods will not be a problem. You can create mods in multiple languages and/or add languages to existing ones. This applies to the base game as well.