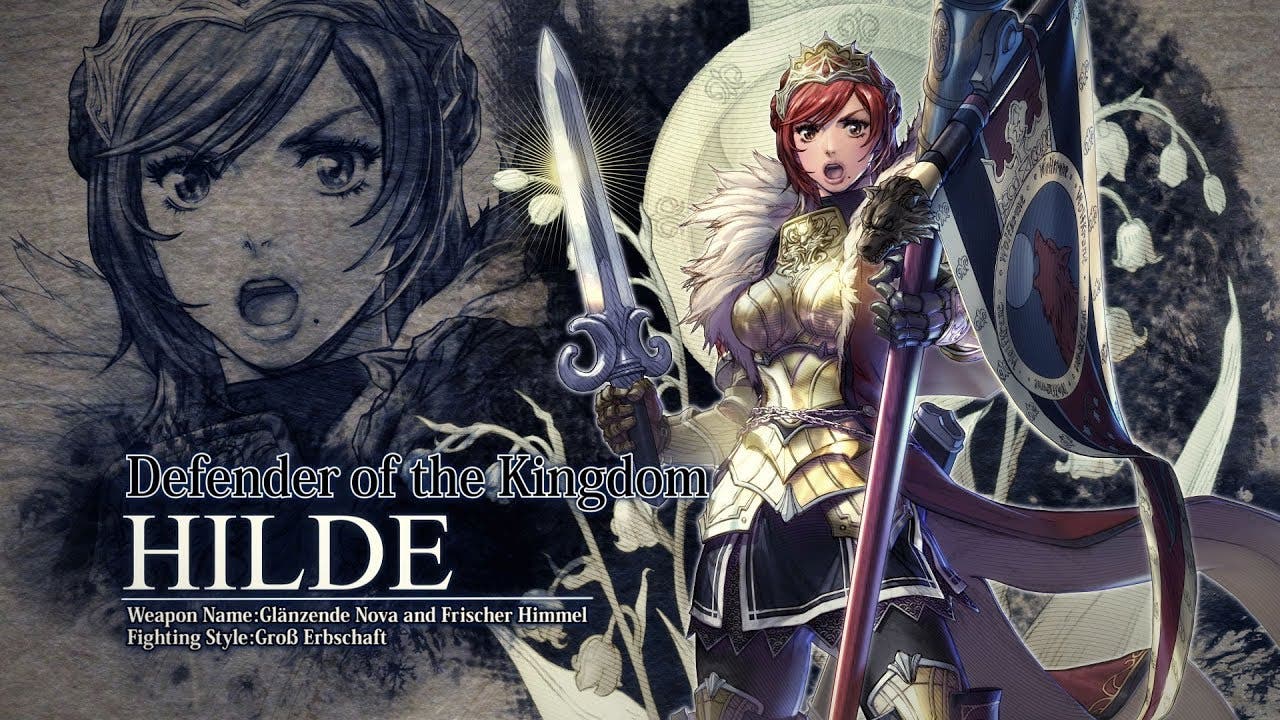 Hildegard von Krone (Hilde) returns – as SOULCALIBUR VI’s Season Pass 2 DLC #8 offering – to battle for honor, duty, and to rebuild her homeland. Born into a noble family, Hilde exhibited an unusually sprightly demeanor as a child, a personality trait that will play a role in who she will become as an adult. As a princess of a small independent nation, she was expected to have both strength and wisdom within her as she defended her people against the predatory intentions of neighboring countries.

Thrust into the role of ruler of Wolfkrone at an early age, Hilde’s a strong sense of duty and love for her people and kingdom served as inspiration for her to take on all challengers. Wielding her short sword and spear, Hilde is always prepared to deal deadly blows to all who dare face her in the arena of battle.

SOULCALIBUR VI is available now in the Americas for the PlayStation®4, Xbox One, and PCs via STEAM®