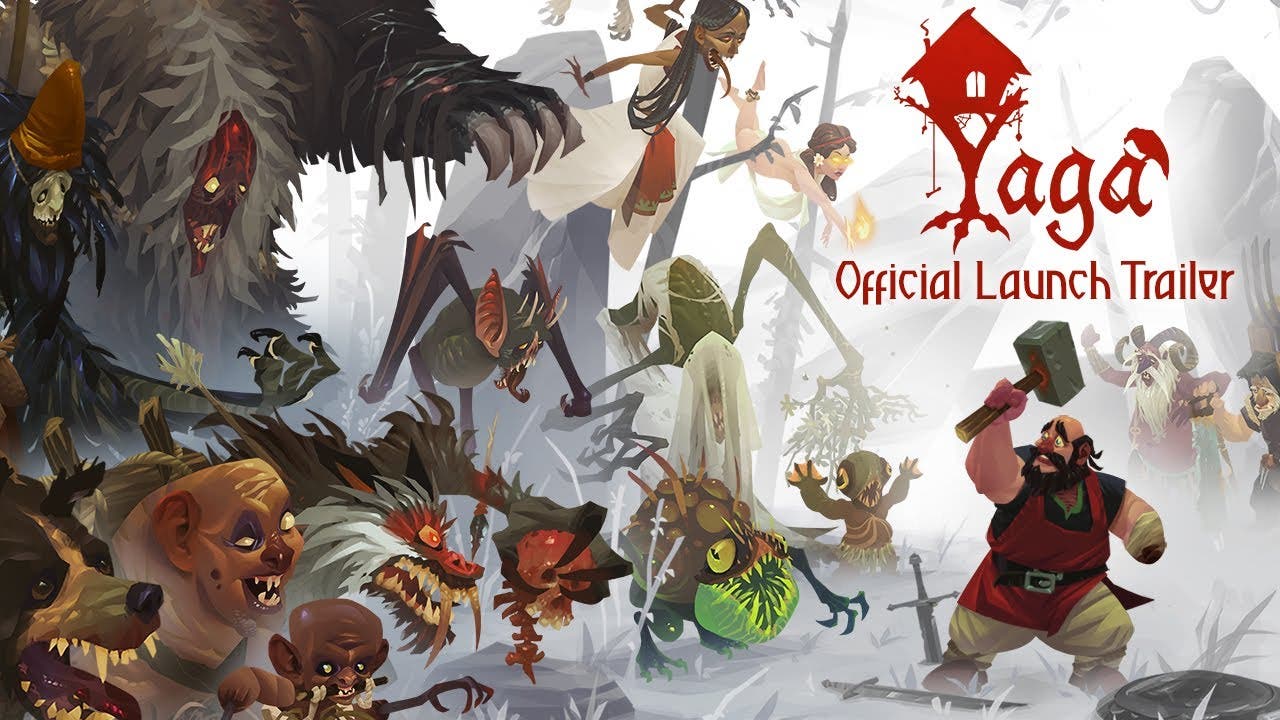 Action RPG, Yaga is now available on PC, PS4, Xbox One, and Switch

Yaga’s darkly funny narrative and action role-playing premise tells the story of Ivan, a one-handed blacksmith with incredibly bad luck, who must take on the impossible tasks given to him by the tzar. All the while the mysterious witch, Baba Yaga, watches over Ivan’s fate as he bludgeons a variety of nefarious monsters and legends all of which have been inspired by Slavic folk tales.

Utilizing the games deep forging system, players can craft a vast arsenal of hammers and tools that Ivan needs to survive this dark underworld of pagan beliefs and motley creatures. Players can also explore the different combinations of talismans, magic items, curses and blessings, all of which fundamentally change the way Ivan plays and thus, further increases his capabilities.

The consequences of Ivan’s actions and the decisions players make in the game affect his reputation and the various upgrades accessible to him, “Yaga is a unique delivery on a genre the Versus Evil team loves, RPGs. With deep systems, unique storyline setting and meaningful choice based gameplay, Yaga offers up different outcomes and experiences based on how you want to play. We are excited to continue to offer Yaga and other Versus Evil titles across a wide array of platforms including the Apple Arcade, PC, Mac, PlayStation 4, Xbox One and Nintendo Switch.” Said Versus Evil General Manager, Steve Escalante.

Yaga’s aesthetics take inspiration from many different cultural backgrounds with an art style that has incorporated details from Russian storybook illustrations, traditional clothing motifs and rural art from the countryside of several eastern European countries, while the music is a combination of modern hip hop tunes with folkloric elements and instruments used centuries ago.