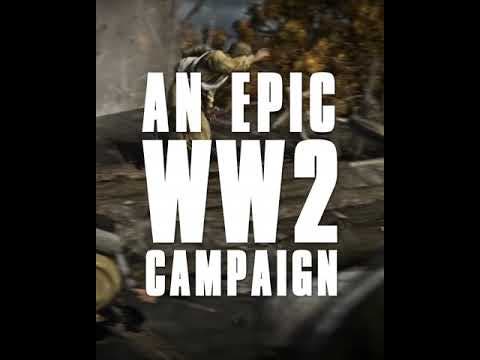 SEGA Europe Ltd. and Relic Entertainment are delighted to announce that the critically acclaimed World War II real-time strategy game, Company of Heroes 2, is free to download and keep via Steam from November 15 – 17. Additionally, the entire Company of Heroes (COH) franchise, including major standalone COH2 expansions such as ‘The British Forces’ and ‘Ardennes Assault’, is now 75% off until November 24 at 10 AM PST.

There really is no better opportunity for strategy fans to get their hands on this great historical title, engage in its thrilling tactical combat and claim victory over the Eastern Front of World War II. Newcomers to the award-winning World War II RTS series can expect countless hours of single and multiplayer gameplay, where victory on the battlefield relies on the ability to out-think the opponent. Download COH2 for free now and kick off your single player campaign, wielding the might of the Red Army marching for Berlin or dive straight into various intense online multiplayer missions.

Company of Heroes 2’s online multiplayer mode allows players across the globe to compete against each other in fierce battles, with modes ranging from 1v1 to 4v4 and with ranked and custom matches. COH2 offers a deep and diverse range of situations, with five factions offering players a wide choice of playstyle and distinctive abilities. To see Company of Heroes 2 in action at the highest level, tune in to Relic’s Twitch channel on the 16 and 17 November to watch the finals of their official World Championship 2019 Tournament live. This is the largest tournament in the franchise’s history, with a total of USD $20,000 up for grabs.

While players can download and keep Company of Heroes 2 for free this weekend, the entire franchise, including its prequel ‘Company of Heroes’ and all other major DLC and Bundle packs, is 75% off during the 10-day Franchise Celebration Steam Sale from November 15 – 24. Anyone who misses out on the free weekend and purchases COH2 on Steam from 18 – 24 November receives 75% off. Finally, players can also get their hands on the COH2 ‘Victory at Stalingrad’ bonus pack for free when signing up for the newsletter here.