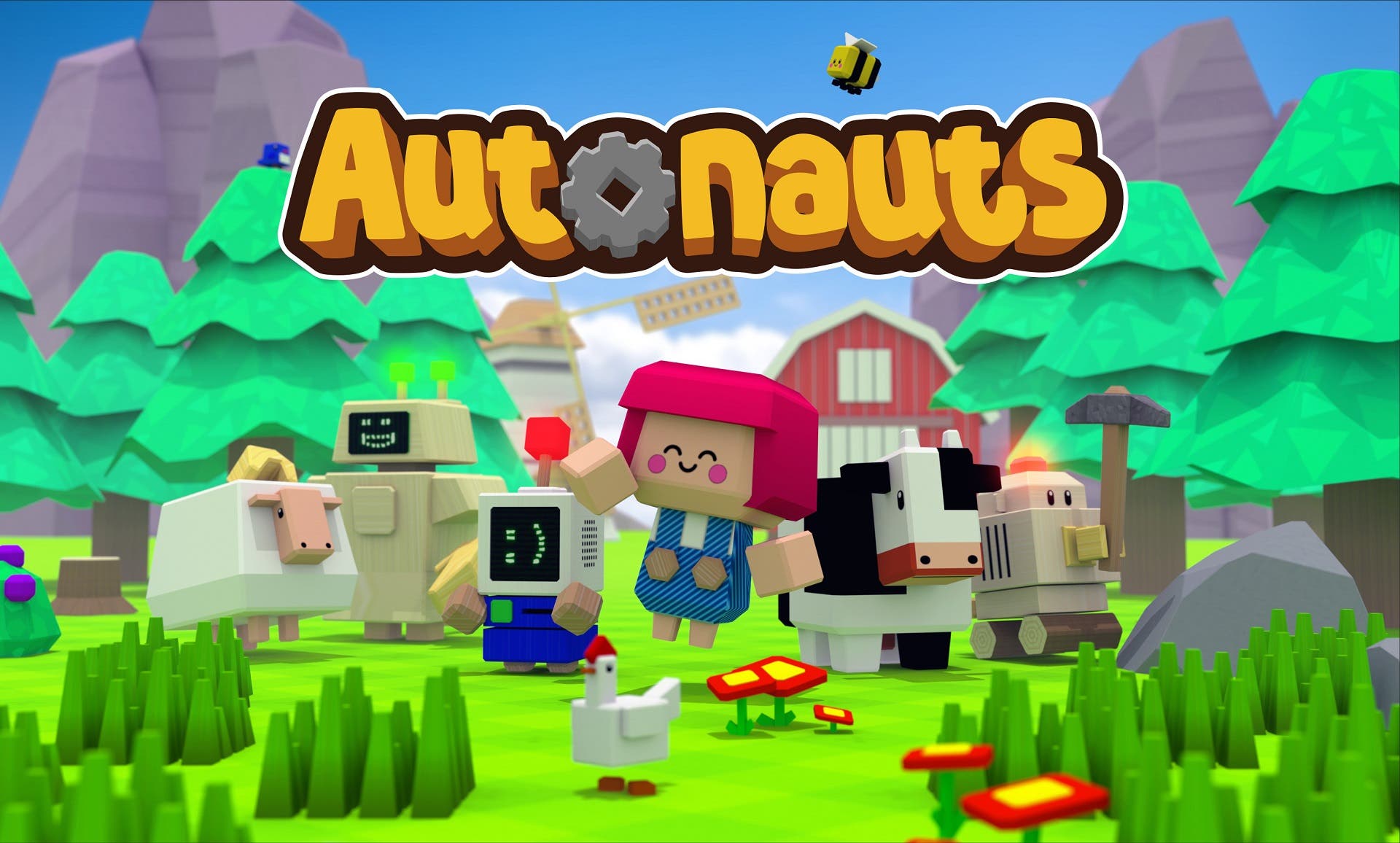 In Autonauts, you don’t start with much to your name. You find a few sticks, locate some stones, and see the pixel trees around you. Over time, you’ll take that gorgeous grassy plane and turn it into an outdoor mess of an automated factory, one where the end goal is to harvest and love from your colonists.

The game looks beautiful. It’s not some high res, high poly fare, but represented in this cute pixel style. Everything looks and feels so saccharine and danger-free. I enjoyed just being in this little world and not have to worry about anything but the automating.

Automating, yes, that is what this game is all about. Unlike some automation games, though, you’re going to have to start with your own bare hands. In Minecraft fashion, you’ll harvest and craft your tools until you can gather enough resources to build your first bot. At this point is where things get fun and complicated. These bots require a basic programming language for them to operate and do the tasks you ask of them. For example, if I want to have my bot cut down trees, I would select the bot and hit a record button. Once recording, any action I perform, the bot will add it to its memory. The steps will display in a list in its memory. So for the simple act of chopping down a tree, it may look like:

In the selected area;
Move to tree;
Cut down tree;
Repeat. 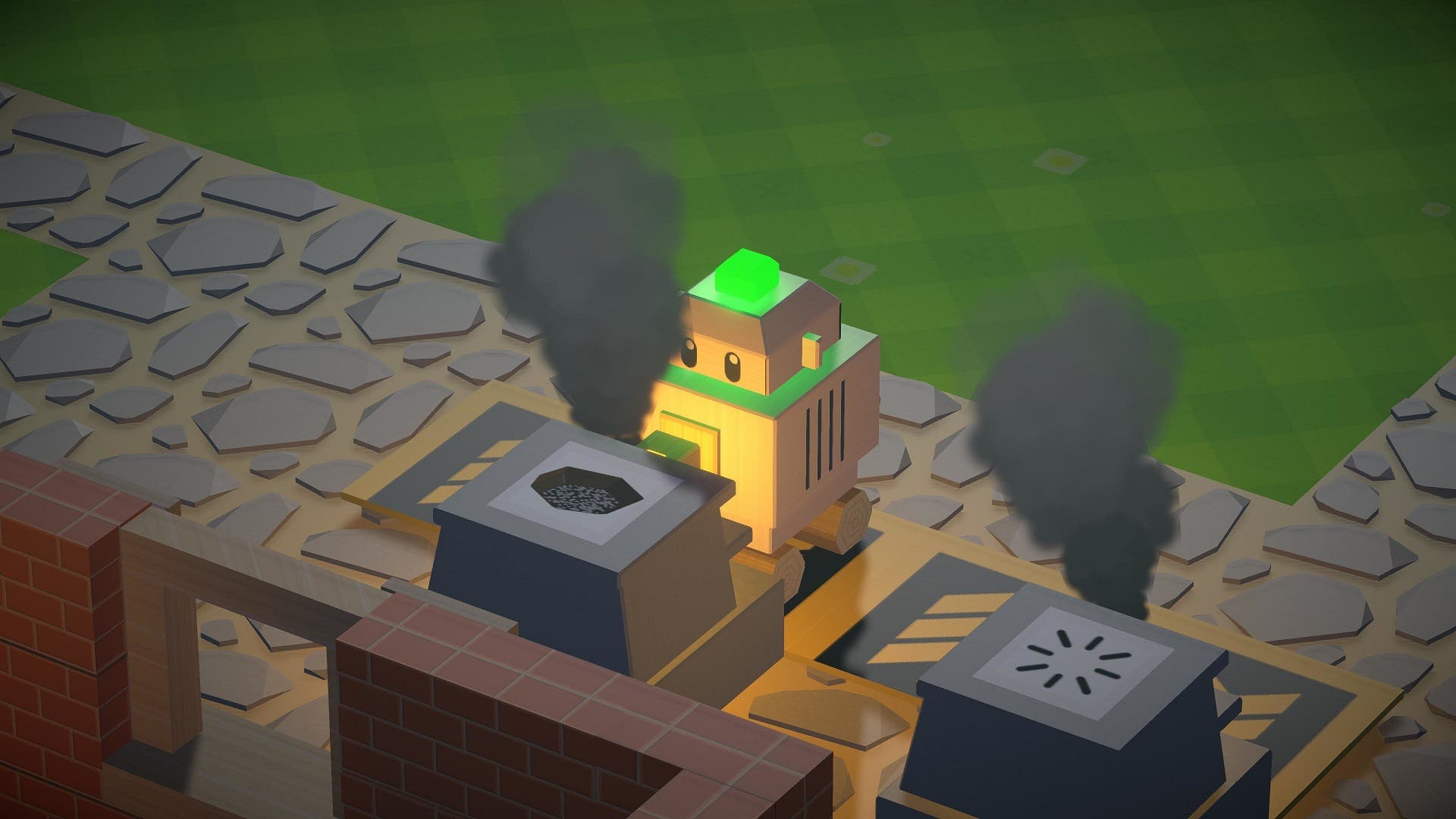 It’s straightforward programming at first, and the early game limits how much memory each bot has. Because of this, it leads to creating multiple bots for individual tasks. Once you get into the upgraded bots with higher memory capacity, you’ll want them to perform numerous functions in their memory, which end up creating substantial programming lists. Lists that become a bit of a chore to fix if the order of operations is wrong. But the result is a bot who will do the work of two or maybe three bots. Hooray efficiency!

So at least early on, you’ll build many bots to perform single tasks, you’ll want another bot to go and collect the chopped wood and store it for later use. That, too, will come with its own set of programming instructions. After having an army of bots doing millions of different tasks, you can imagine how crazy intricate your automated town can be. 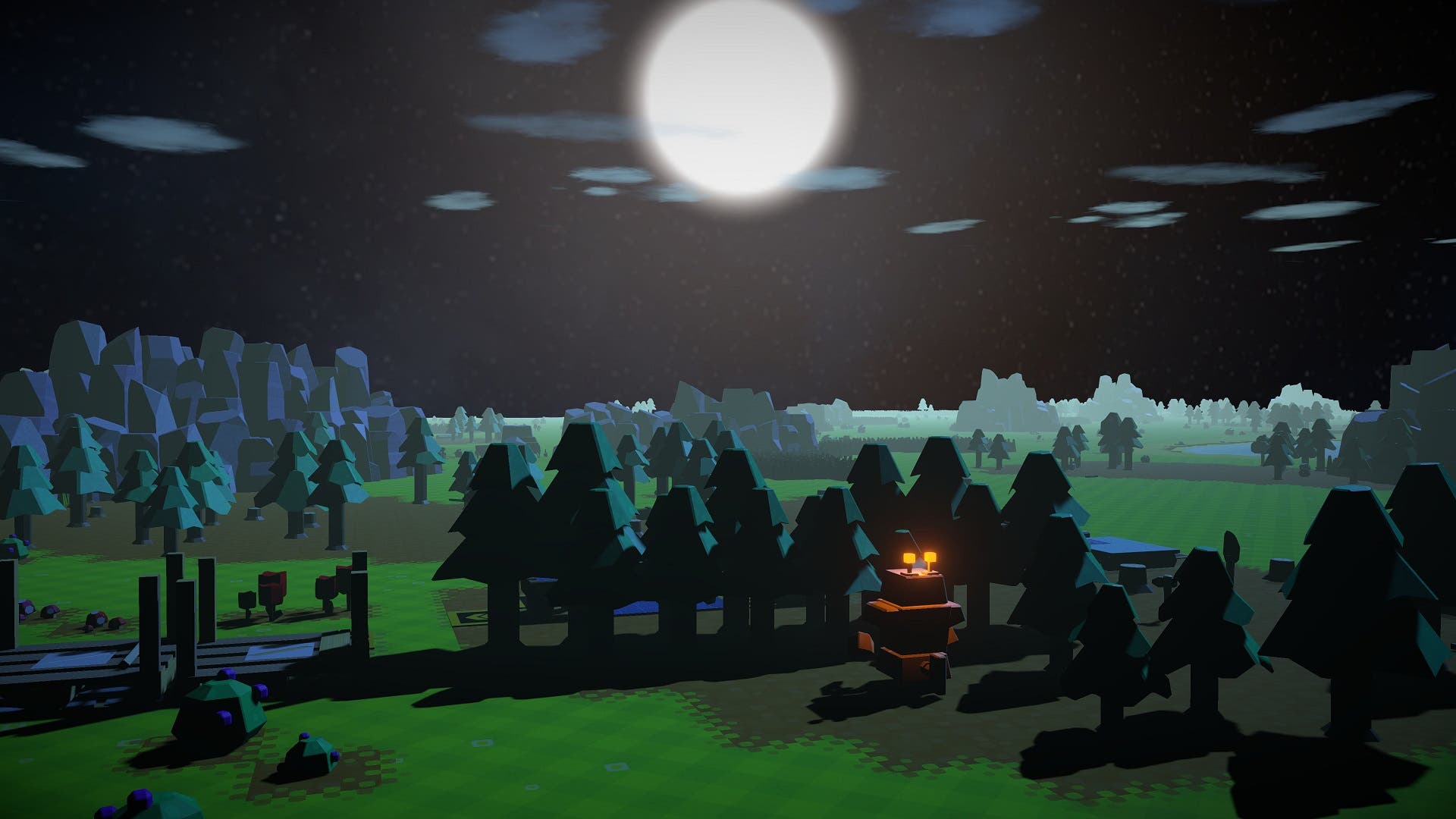 Even with how easy it is to set up a robot to perform a task, you can’t pick any functions from a menu. You have to perform the task for the robot to add it to memory. For example, if I want the robot from earlier also to replace his tool when broken, I have to show it the act of doing so. I’ll hit the record button and navigate my character over to an axe and grab one. I’ll then need to rearrange its programming list, so it understands what to do when the tool breaks. It would have been nice if I could have just selected generic commands from a menu to add to the list, making the programming part more efficient.

For someone who doesn’t understand programming, this isn’t a terrible way to get your feet wet. You’re learning basic commands and teaching the AI what it is you’d like them to do. Of which there is a lot to do. It’s all an endless loop. You’ll harvest supplies to build new workbenches, and those workbenches will make new items to help in your automation. To get access to those items, you’ll need a research lab. In that lab, you’ll need the supplies to upgrade tools, bots, cooking for colonists, and so on. But to upgrade, you’ll need the love from colonists, and to acquire love, you need to feed and take care of those colonists. It’s an endless cycle that tickled my brain in the right way. You’d easily create an army of bots running all over the map to fulfill a few tiny tasks. But being able to design that layout and command structure for efficiency was incredibly fun.

I sincerely enjoyed my time with Autonauts and could see anyone from a pro programmer to someone with zero experience having a good time with this game.