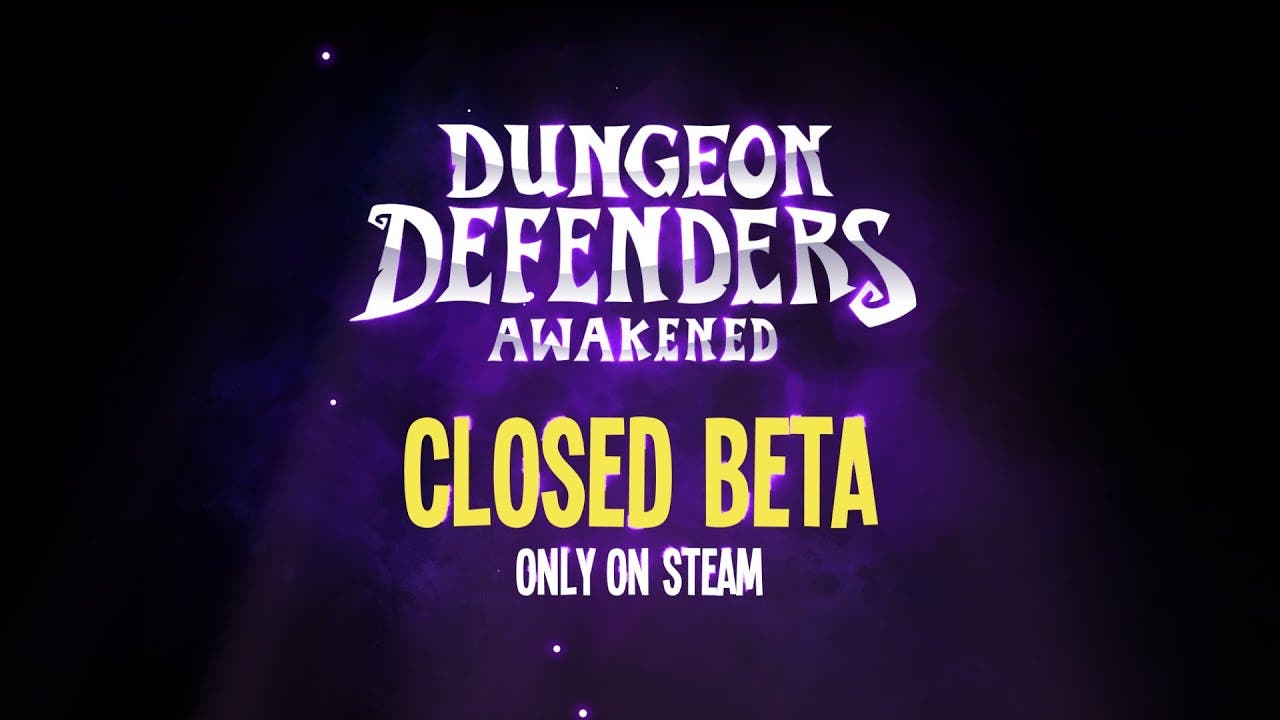 Dungeon Defenders: Awakened announced, coming to PC and console in 2020 with a Beta starting this week

Defenders who preorder at the $40 price point will receive a key granting access to an exclusive PC beta, which begins Nov. 22, along with digital bonus content, including a strategy guide, artbook, and original soundtrack.

Venture back to the vibrant land of Etheria on a mission to stop the evil Old Ones’ time-traveling plot to undo the heroes’ hard-fought victories in the original Dungeon Defenders. Take up arms once again as a scrappy, young band of warriors, repelling relentless hordes of dark forces from beloved reimagined locations and explosive new battlefields. Join the fray in action-packed combat and construct devilish defenses, all while hatching strategies to vanquish enemies alone or as a team of up to four heroes in chaotic local or online co-op multiplayer matches!

With four characters (and more to come), Dungeon Defenders: Awakened features a variety of playstyles for dispatching orcs, ogres, dark elves, wyverns, spiders, skeletons, and other vicious foes. Go toe-to-toe with enemies as the brave, melee-oriented Squire or skirmish at range as the magical Apprentice. Provide support as the dynamic Monk or spring traps as the agile Huntress while guarding the Eternia Crystals across 15 maps and five game modes that hearken back to the series’ roots while building and improving upon them in every way.<

Gather loot, upgrade equipment, acquire pets, and more to prepare for the fights to come, including showdowns with massive bosses spanning everything from dragons to goblin mechs. Each battle develops heroes with new gear and customization options, allowing them to form unique arsenals to enjoy across countless hours of fast-paced medieval fantasy action.

“Dungeon Defenders: Awakened is an exciting new chapter for us and we can’t wait to welcome veterans and newcomers alike back to Etheria,” said Augi Lye, co-founder, Chromatic Games. “The journey begins early next year on Nintendo Switch and Steam and we hope you’ll join us!”