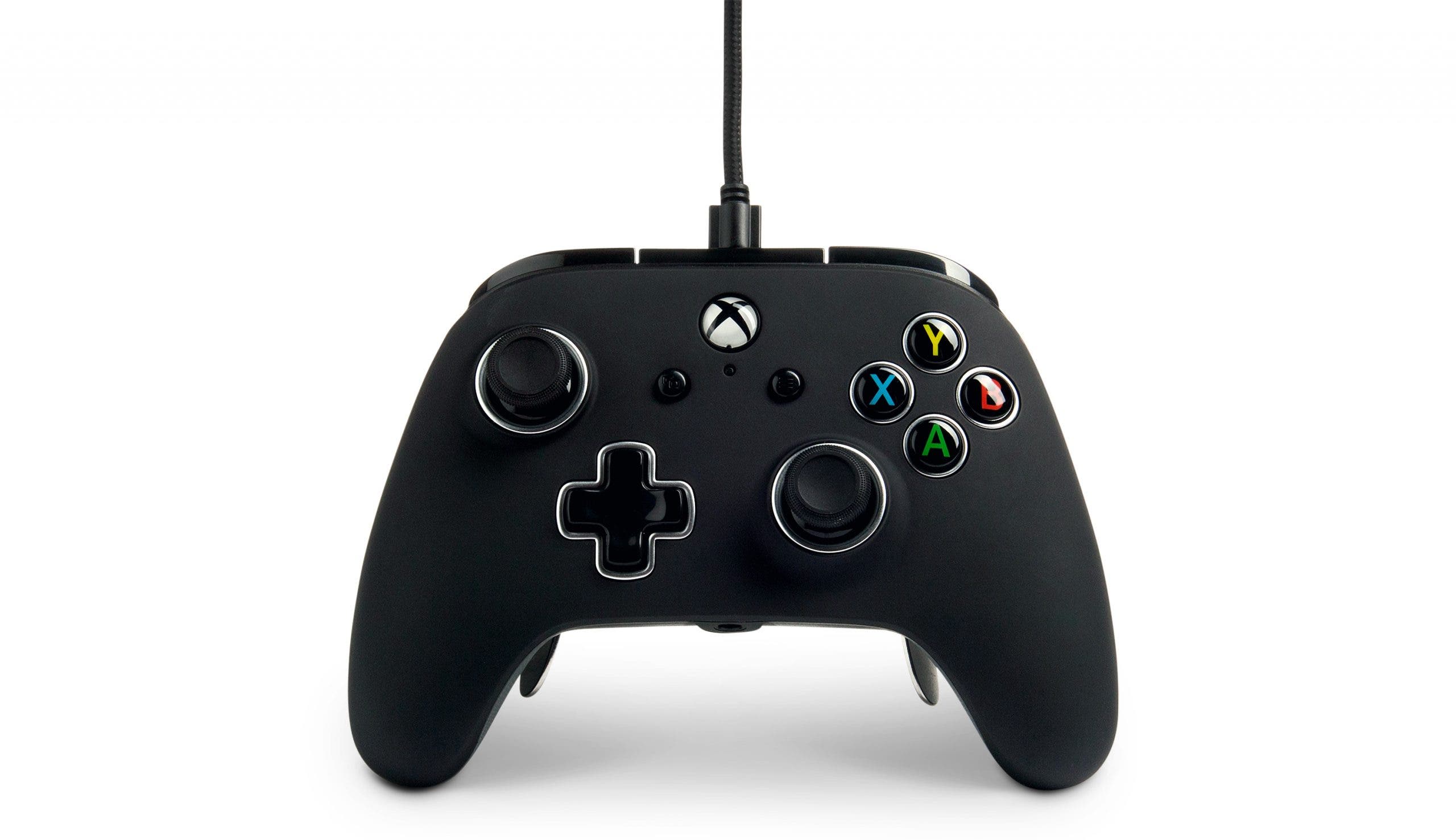 I think the first thing you’ll notice is the metallic silver outline for every button and stick on the controller. The controller comes in a white or black variant, and is extremely stylish. The triggers, buttons, and sticks feel really good. Initially, having the controller in your hand doesn’t feel very elite, premium, or special. That’s because it’s default state is like a very nice Xbox One controller. It’s left to you to start making changes based on your preference before you start to feel its potential.

Like the FUSION Wired FightPad, there’s a stock in the controller to plug in the USB, which is braided and comes in at nine feet in length. Having it lock into place, and be socketed feels so secure, like you can’t bend it or break it. Now the nine-foot cord should be more than enough in most households; except mine, it was not long enough for my living room. So I ended up using this mostly at my PC. 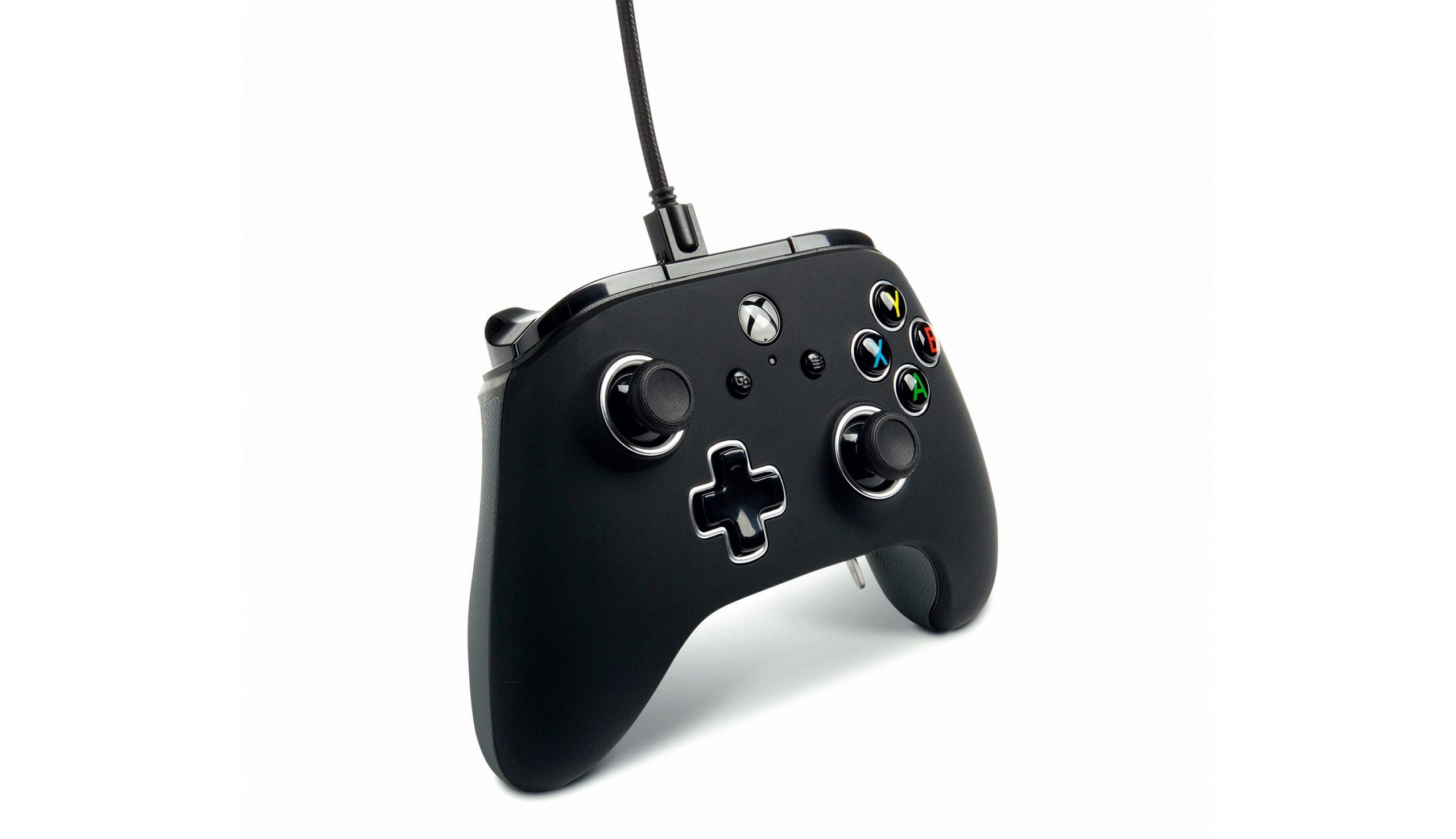 In examining the FUSION Pro Wired Controller is its three-step lock for the triggers. They’re magnetically responsive, meaning there’s less time needed to pull the triggers. Now, the three-step lock triggers are not good for racing games due to them needing pressure sensitive braking and accelerating. It’s a quick toggle, so if you’re hopping between games, it’s something to remember. Otherwise, it’s a shorter throw when enabling the locks, perfect for FPS games or fighting games.

It isn’t attached from the jump, but there’s a Mappable Pro Pack, a modular pack that you can swap out on the back of the controller to bring rear paddles to the controller and use for face buttons or anything you wish, without letting go of the thumbsticks. It’s great for racing games, especially the paddles: clutch, upshift, downshift, and handbrake. There’s plenty of other uses for the paddles, but this was an instinctive thought for how I’d program them.

By default, the controller features two short concave thumbsticks like the Xbox One controllers already have. Included are additional thumbsticks, one convex thumbstick at medium height and one concave large thumbstick. They can be swapped out at-will, for whatever your needs. Next, the aforementioned metallic outlines on everything does serve one purpose. The thumbsticks have rings that can be replaced. By default is the silver ones, but there are two green ones that provide anti-friction movement when put in place. There was a different feel when using them, but I reverted to the default as that’s what I’m used to.

In general use cases, the controller works well with games like Grand Theft Auto V, Forza Horizon 4, GRID, and Need For Speed Heat. I even found great uses for it in fighting games like Mortal Kombat 11 and platformers Valfaris or Yooka-Laylee and the Impossible Lair. While it’s still an Xbox One controller at its core, it just feels really good to use among a variety of games. 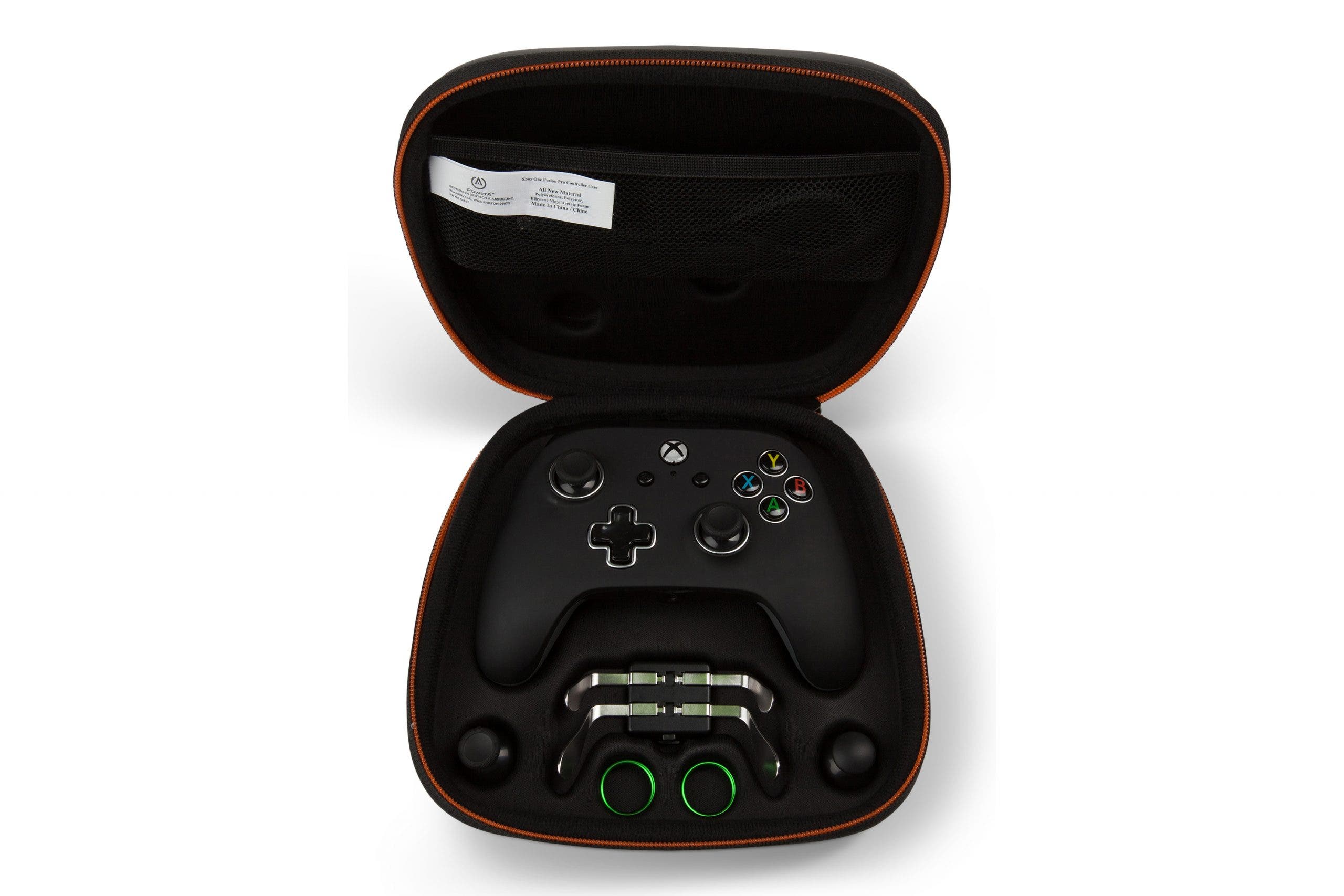 I’d be remiss if I didn’t talk about the fact that this comes with a custom protective case. It fits the controller, the cable, and all the accessories mentioned above in it. It feels like Kevlar protected. I’ve not tested anything in terms of durability, but I trust it’ll protect the controller from any accidental drops or crushes. If nothing else, it just looks cool.

There’s some other features of the FUSION Wired Pro Controller. There’s the dual rumble motors that are rather standard for the controller, but not forgotten by PowerA. Nor was the 5mm audio jack on the bottom for chat. This controller does have a removable faceplate in order to get to the innards of the controller for customizations. It’s easy to get into, but it magnetically locks into place to feel secure and that it won’t fall apart on you — even if you drop it. Which I definitely didn’t do. Not once. 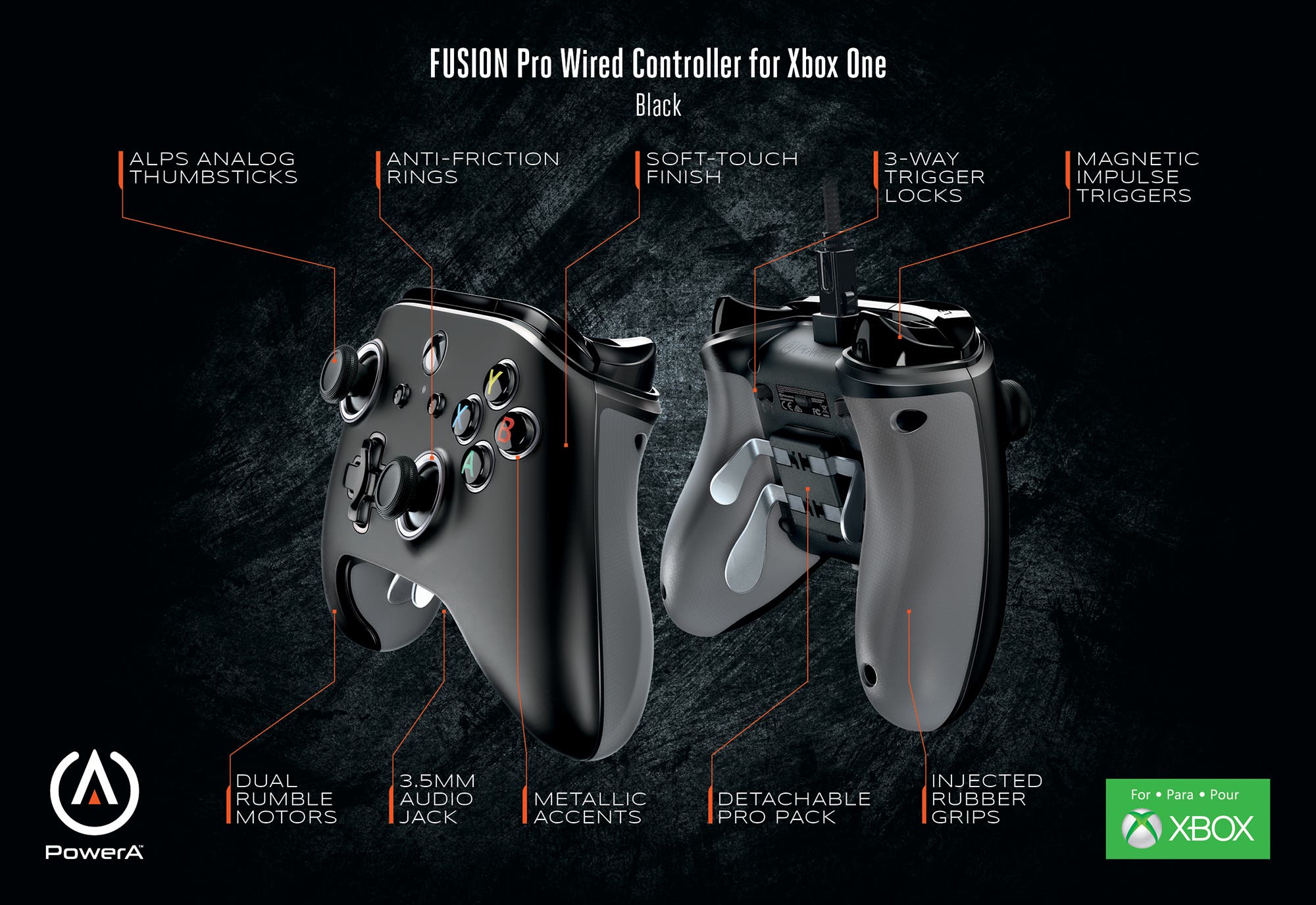 Coming in at half the price, it’s twice the enjoyment. The rubber grips and smooth feel of the controller never succumbed to sweat or became uncomfortable to use, hours on end. The individual swappable items feels like a controller that can be tailored exactly to your preferences. The PowerA FUSION Wired Pro Controller has easily replaced my other controller options, and handily.