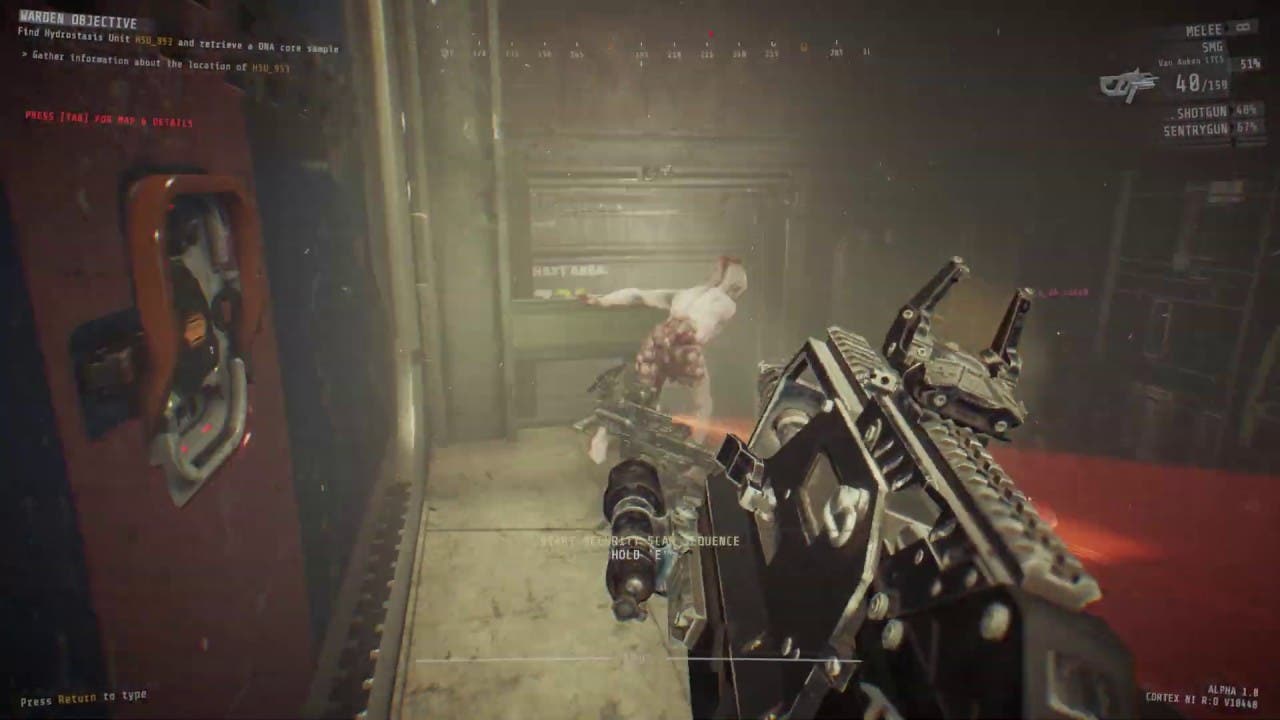 GTFO to release onto Steam Early Access by end of the year, unique “The Rundown” concept to drive the game

Swedish independent game developer 10 Chambers Collective – formed in 2015 by nine industry veterans known for titles such as PAYDAY: The Heist and PAYDAY 2 – is developing GTFO – a 4 player co-op action/horror FPS aimed at hardcore gamers. GTFO will be released as Early Access on Steam hopefully later this year and will introduce a concept where the game is regularly updated with new levels that replace the previous ones. They call it “The Rundown” and today they are releasing a video explaining how it will work.

GTFO is a 4-player co-op action/horror FPS game, made for hardcore gamers looking for a true challenge. To survive down in the terrifying underground Complex where the game takes place, your team needs to communicate, coordinate – and count your bullets. Ammunition is scarce, you’d rather try to go stealth than fire your weapons in GTFO.

You play as scavengers held captive by an entity called “The Warden” who will task your team with a work order that includes different objectives to carry out inside the Complex. This work order is represented by The Rundown, which is the menu you are presented with when you launch GTFO. The Rundown is divided into different tiers; the deeper you go into the Complex, the harder the expeditions get.

“Each work order in the Rundown represents an expedition into a different part of the Complex where the environment, the population of monsters, the objective, and other conditions can all be vastly different and offer diverse gaming experiences”, said Simon Viklund, member of 10 Chambers Collective and narrator of the explaining video.

What makes The Rundown a unique and exciting concept, is the countdown timer. When time runs out, the Rundown and its objectives get replaced by new ones. The previous Rundown is wiped and won’t be playable anymore. By using this system, 10 Chambers Collective are able to keep GTFO dynamic while also compelling the game’s community to focus on a common set of expeditions. Gamers will be always able to come back to GTFO for fresh new challenges that they can take on with their hardcore gamer friends.

GTFO is created with the Unity game engine and will be released as Early Access on Steam hopefully later this year ($34.99), but before that, the team will run an Early Access Beta test of the game – that anyone is able to join by signing up as an Ambassador at www.gtfothegame.com.

“GTFO’s Early Access phase will be exciting – we will test this Rundown concept: How many expeditions should be in a Rundown versus how long it lasts, what kinds of flavors different expedition can have, etcetera. It will be a period of trials and experimentation that we think will be very interesting for the hardcore co-op gamer crowd who also want to follow the game’s development closely”, said Ulf Andersson, founder of 10 Chambers Collective.

GTFO is set for Early Access release in later in 2019 and can already be wishlisted on Steam. ​Interact with 10 Chambers Collective on Twitter, Discord, YouTube and Facebook, and join the Ambassador Program for a chance to participate in the upcoming Early Access Beta test.