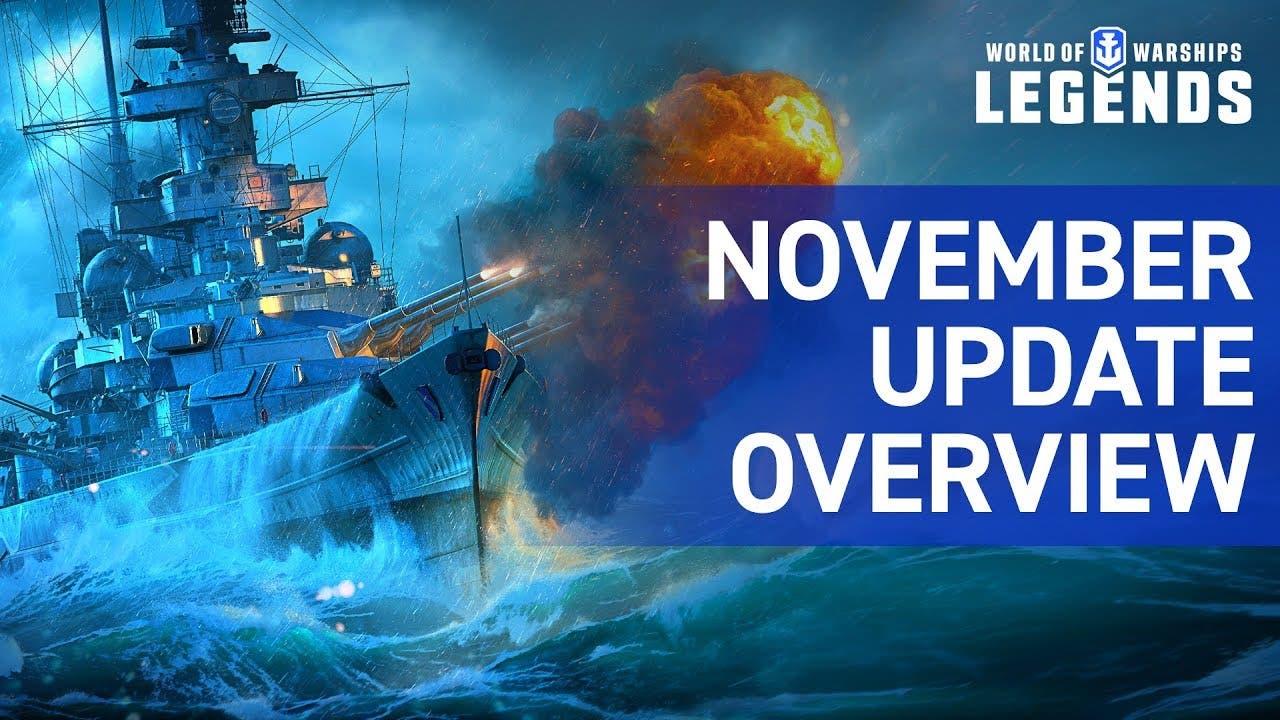 From Press Release:
Austin, TX, November 25, 2019 — A new update for World of Warships: Legends launched today with Cross-Platform Play, Ranked Battles, and Black Friday Events. This update is packed with player-driven content ranging from UI improvements to entire new maps. The update will also be an important milestone for World of Warships: Legends and Wargaming thanks to the introduction of Cross-Platform Play—a first for Wargaming’s console titles.

“Making sure that our players have the best experience possible is our biggest goal, so I’m excited that both sets of fans will be able to enjoy World of Warships: Legends together,” states Victor Kislyi, Wargaming CEO. “This is just the first step in our cross-play efforts; it’s definitely something we want to build on in the future.”

With Cross-Platform Play, or Cross-Play, commanders can battle with or against any other player in World of Warships: Legends regardless if they are on Xbox One or PlayStation 4. Legends is the first Wargaming title to implement cross-platform functionality, joining the growing list of games that are including this feature. In World of Warships: Legends, Cross-Play will reduce matchmaking times on both consoles, while the game-play experience will remain the same. At the moment, the feature only works in the matchmaker—players cannot interact between the consoles in regards to voice-chat or playing with friends on a different console. Cross-Play is a huge step for Wargaming console titles and they are working on making it fully functional.

The update also comes with a new mode—Ranked Battles! Ranked Battles provide players new opportunities for even more intense and competitive battles. By adding substantial rewards for participating in the Ranked sprints, every match has an impact. It’s sink or swim in these sprints, make it to the top for the best loot! There are two sprints of Ranked Battles announced—the first one will feature Tier V ships; the second will feature Tier IV ships. These competitive battles will test the skill of players, from preparing their ships and commanders to destroying their enemies.

All this in time for Black Friday! World of Warships: Legends will have an epic sale and some exclusive deals to celebrate. Notably, there will be three “Black Edition” ships on sale for a discounted price compared to their regular counterparts. The three ships are the Warspite B, Scharnhorst B, and the Atlanta B. The Atlanta was the reward for completing the first season in World of Warships: Legends and this will be the first time that she will be available after the full release of the game. These “Black Edition” ships have a sleek, jet-black skin that make them stand out on the high seas.

Apart from these major additions, there are also a number of player-driven changes. Notably, a filter in the port to help players organize their ships and a set of new maps.