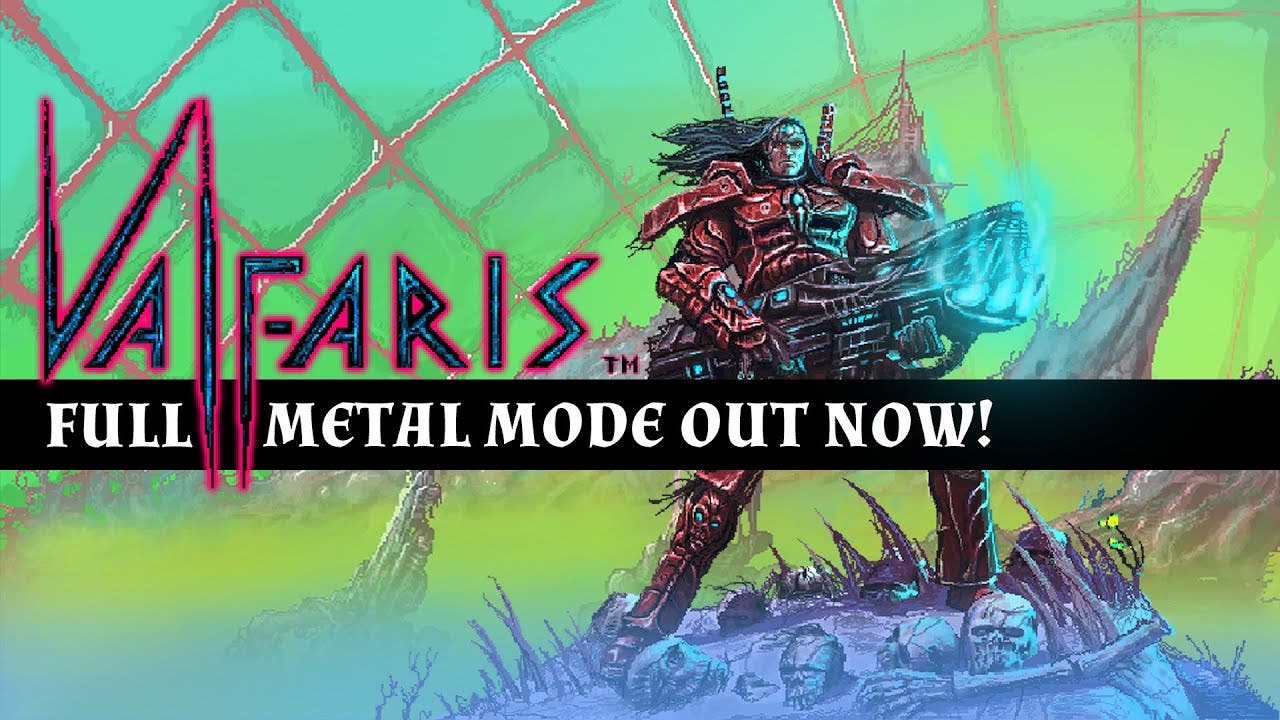 7 December, 2019 – The free ‘Full Metal Mode’ update for heavy metal action-platformer Valfaris is now live for the PC version of the game. A New Game+ variant, Full Metal Mode turns the deadly up to MAX by remixing various aspects of gameplay, as detailed in the list below:

Full Metal Mode unlocks after completing the game, so if you’ve already got a ‘Game Clear’ save file, you’ll be able to jump into the – even deadlier – action as soon as the update has installed.

Full Metal Mode will also be released as a free update for all the console versions of Valfaris (Nintendo Switch, PS4, Xbox One) early next year.

The release of Full Metal Mode coincides with a Steam Weeklong Deal – Valfaris is 30% off until 14 Dec (sale ends 10am PT on that day). The Valfaris Digital Deluxe Edition, which includes the soundtrack and art book, is also discounted.

Details and prices can be found on the Valfaris Steam page:
https://store.steampowered.com/app/600130/Valfaris/