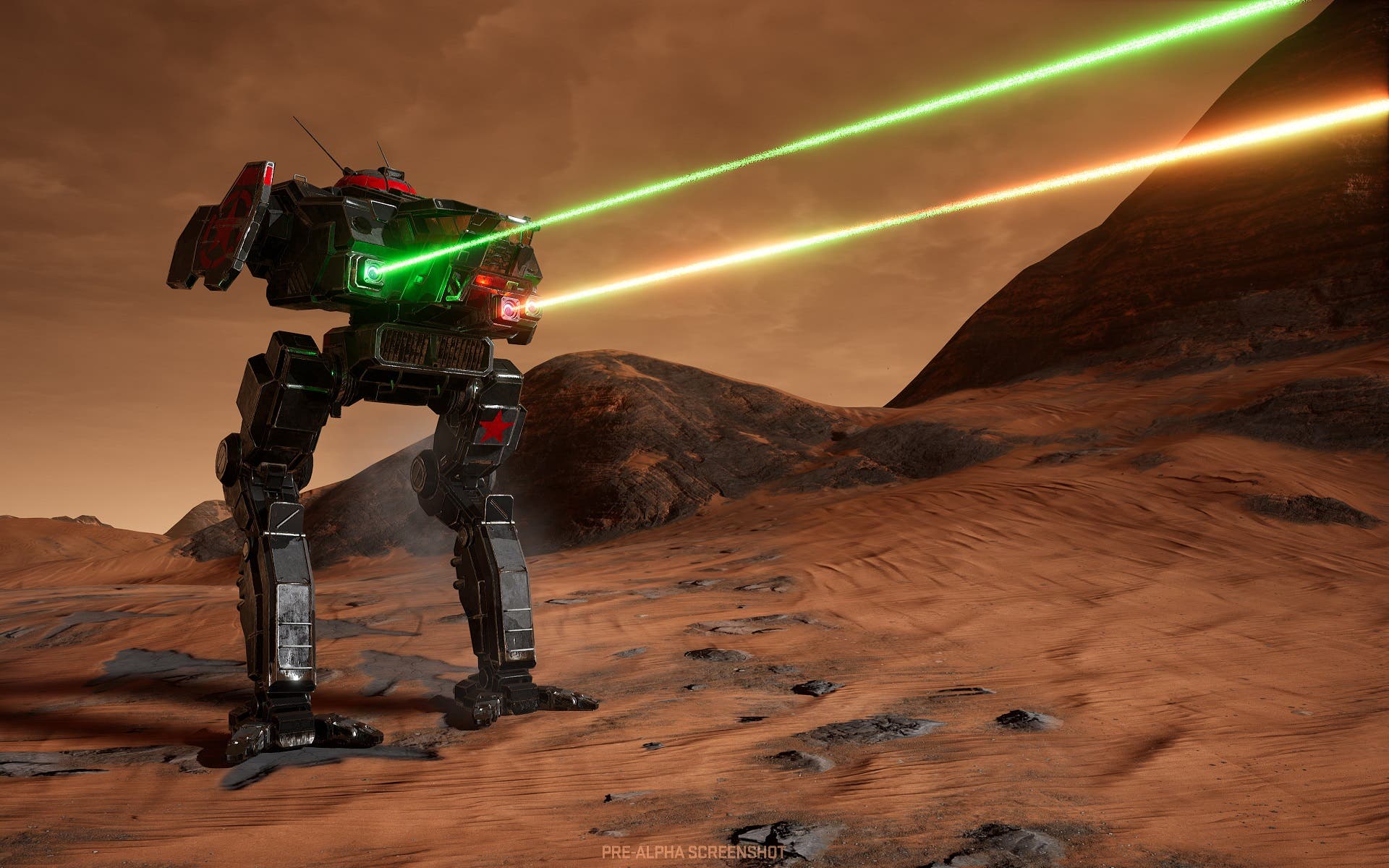 For fans of BattleTech lore, the game takes place during the Third Succession War which has significance of it being near the birth of BattleTech’s timeline itself. Thus, taking place before MechWarrior 4: Mercenaries in the timeline. For the rest, the year is 3015 and humanity has evolved, expanded, and been split amongst the stars into several factions. These factions, or houses have risen to incredible power, such as: House Davion, House Kurita, House Marik, and more. In a prologue sequence, you are thrust into a situation where you’re running your own mercenary crew with those who remain after an attack. In an effort to retaliate, you must build up your own company to get there. You’ll amass a collection of BattleMechs (the mechs) and MechWarriors (the pilots).

Now, to the keen eye we seem to be skipping a mainline entry here. It’s worth noting that the Mercenaries games were always better in terms of story, flexibility, and overall gameplay features. So it makes sense to skip to the good stuff, and offer more control to the player. Prior games would let you choose just to play the campaign or play the campaign while controlling the finances. There’s no such control here. You’ll have a ship that houses your mechs, pilots, and crew where you’ll spend a lot of your time, but most of your time will be spent on the battlefield taking apart other mechs. 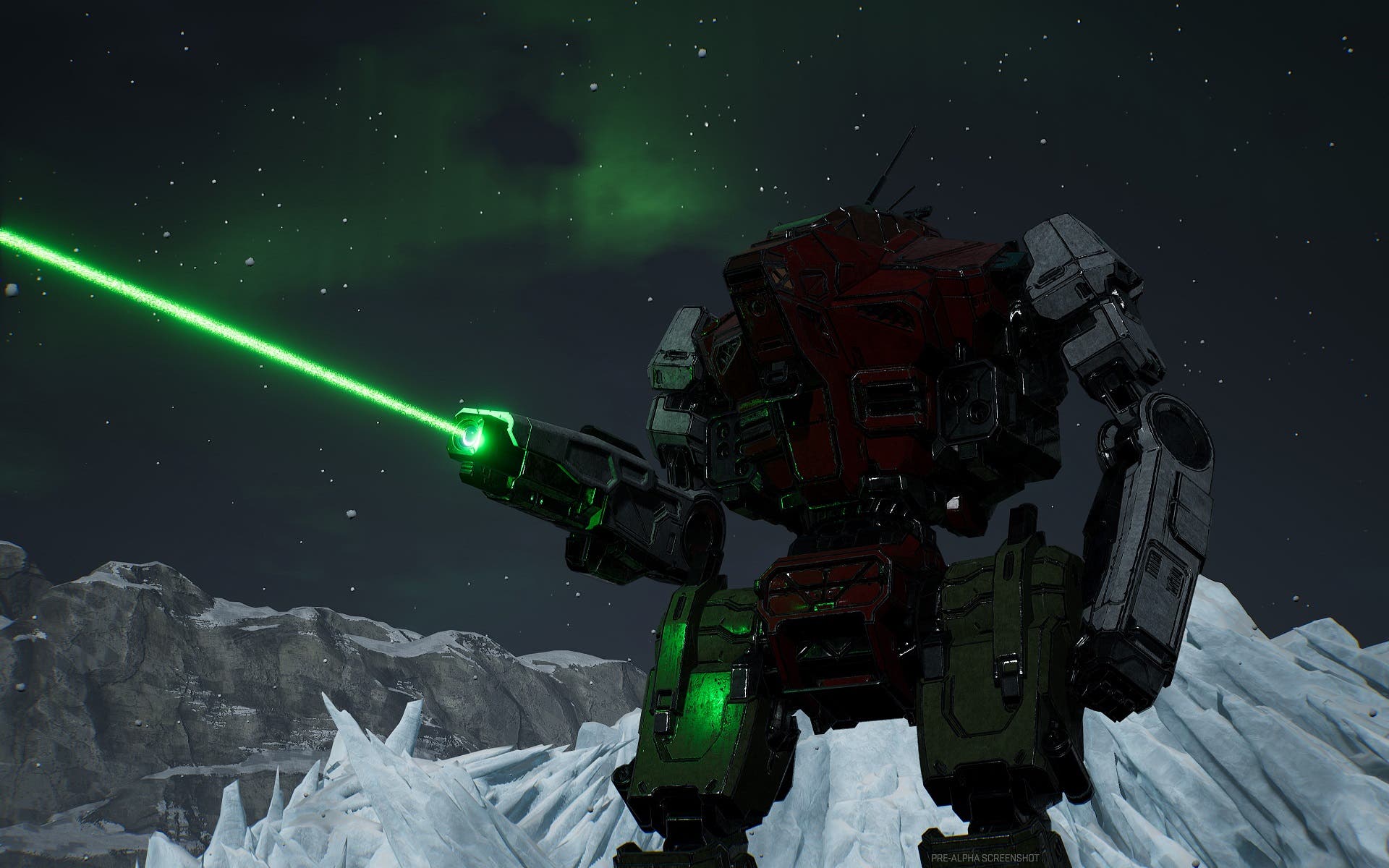 There are three sets of missions: Story Missions which are the same for every player, Quest Missions that are unique, and Contracts which are generated for the player to take on. The game begins in 3015, and as you play, will continue up until the year 3049. This allows for certain events in the BattleTech lore to play out, and be chronologically accurate. For instance, the Rasalhague Republic appears in 3034, and not any time before. It’s things like this that show the commitment to understanding the universe, and never let it stray from the timeline. All missions are either attack, defend, or assassinate targets. They surprisingly never get old, and assassinations are among my favorites and always have been.

MechWarrior 5: Mercenaries runs on two currencies: C-Bills and Reputation. C-Bills are what let you buy BattleMechs, hire MechWarriors, as well as items from markets to bolster the BattleMech’s capabilities. Rep is what contracts are given to you, as well as the level of complexity and resulting payouts. You’ll choose with negotiation points (the more you have with a higher reputation) whether you want a higher C-Bill payout, shares to salvage, or a higher damage cover (insurance, essentially). From there you’ll work to complete them, with some of them being multiple-stages long. 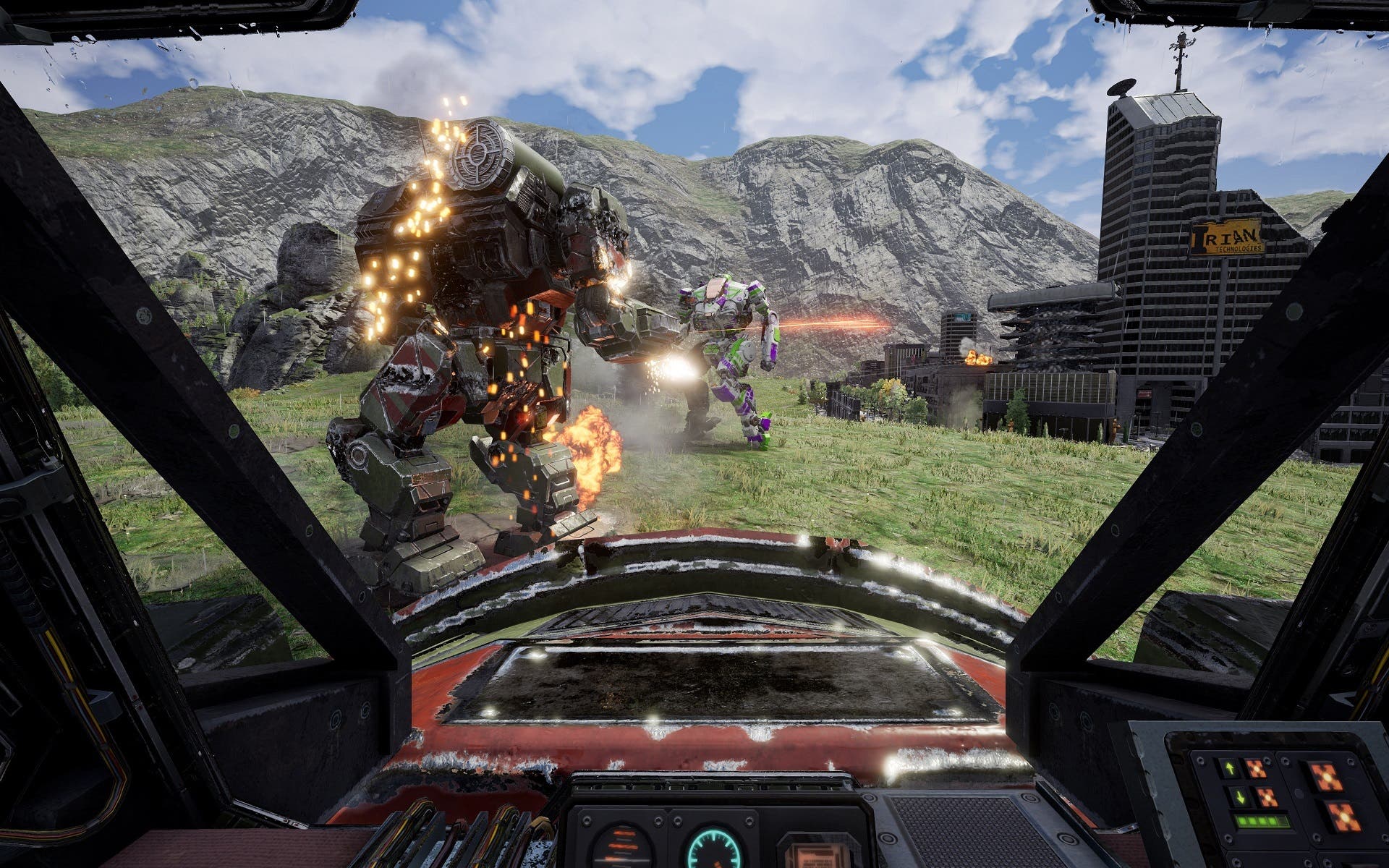 As you hire and fire pilots, you’ll see that each of them has different skills. The more missions you take them out on, the more experience they’ll gain. There’s a lite RPG element to the game where they will improve on various skills. You can have up to a four-person lance. Pilots can die if the head or torso of a mech is destroyed. If given the opportunity and time, they will eject safely to preserve their own life and will need time to rest before being able to be used again. This level of management is really interesting, and crucial to ensure everyone lives.

Mechs can be destroyed, but salvaged and ultimately repaired at a very high cost, as items will be broken and new parts will have to be bought to replace them. This cost can be greater if you’re in a conflict zone, so it’s sometimes worth it to go elsewhere to reduce costs. You can apply different paint schemes, and series of colors to create a uniform look for your lance. Fitting parts can be done in a simple way, but there’s a detail view where you can min/max armor, weapons, and ammo for equal damage output and survivability. And with 50 different kinds of mechs, ranging from lightweights like the Jenner to heavyweights such as the Centurion, there’s something for everybody to assemble a lance of both power and speed. 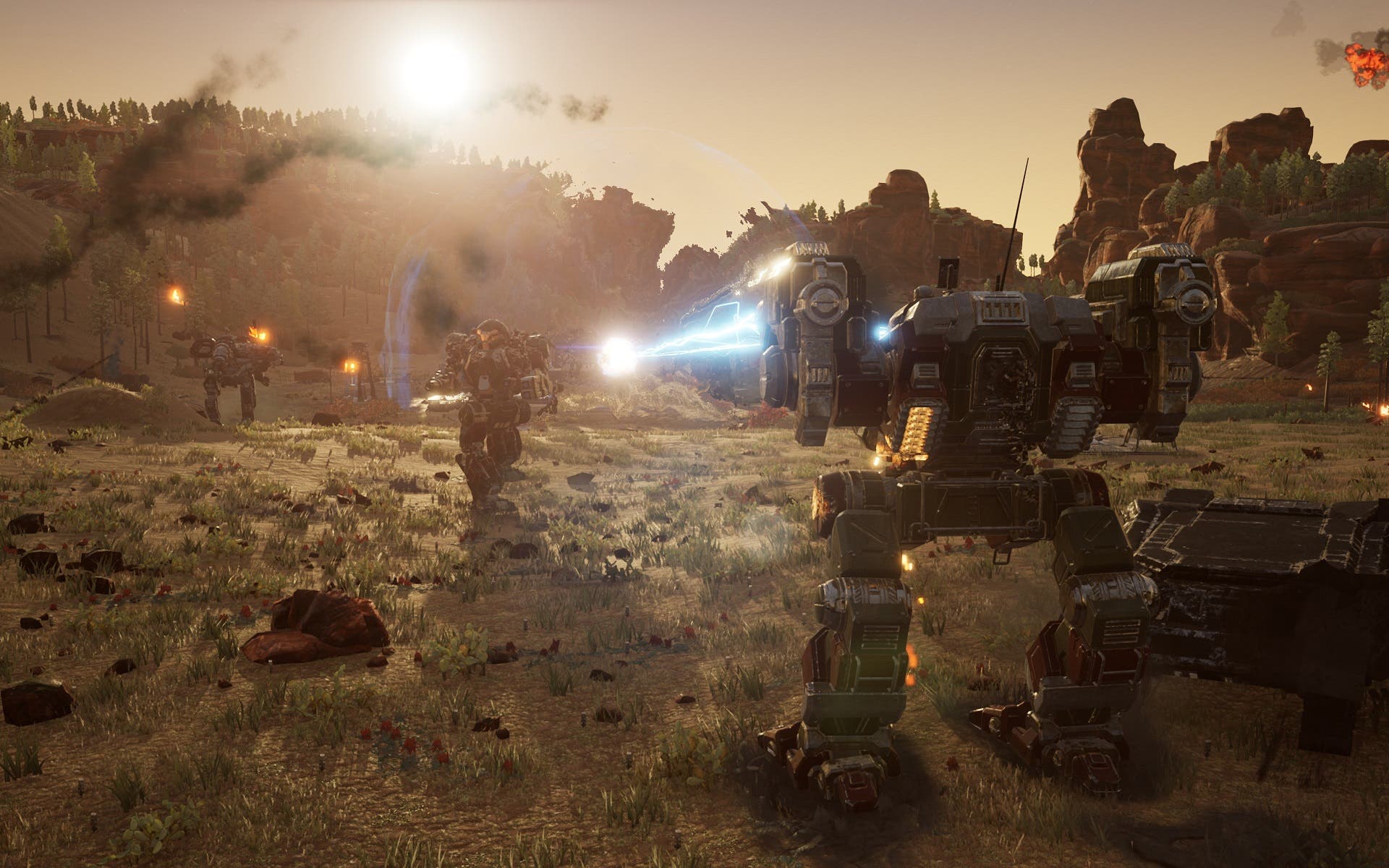 There’s no shortage of combat in MechWarrior 5: Mercenaries. You’ll have to work to issue orders to your lance to either follow you or attack a specific target while you go after another one. You’ll almost always be fractured with multiple engagements, so you’ll have to be light on your feet and thinking a few steps ahead. Overheating is a series staple, and if you’re willing to risk it, you can override those controls and risk a shutdown. You can even eject if you start taking too much damage. Aside from managing heat, you can assign fire groups for your ballistic weapons, energy weapons, and missile launchers. There’s a lot of control and choice given to the player, and you’re expected to use every part of it in order to make it far.

MechWarrior 5: Mercenaries is full of character without enough characters. It’s missing more chatter, even as you build up your lance. You get somewhat antagonized by the enemy, but it feels lacking over prior entries. The way light is simulated, and reflected is so gorgeous. In this entry, there’s no lights on the mechs, but rather night vision is equipped on each one. Air units are like the buzzing of flies to you, but they suck to deal with. There’s some weird design decisions around heat. In volcanic biomes, you can overheat faster when firing. But I stood in a lava pool, and accrued no damage or additional heat, when clearly it should. You can demolish buildings by running over them, this can hurt in defense missions, so you’ll have to lure enemies away. 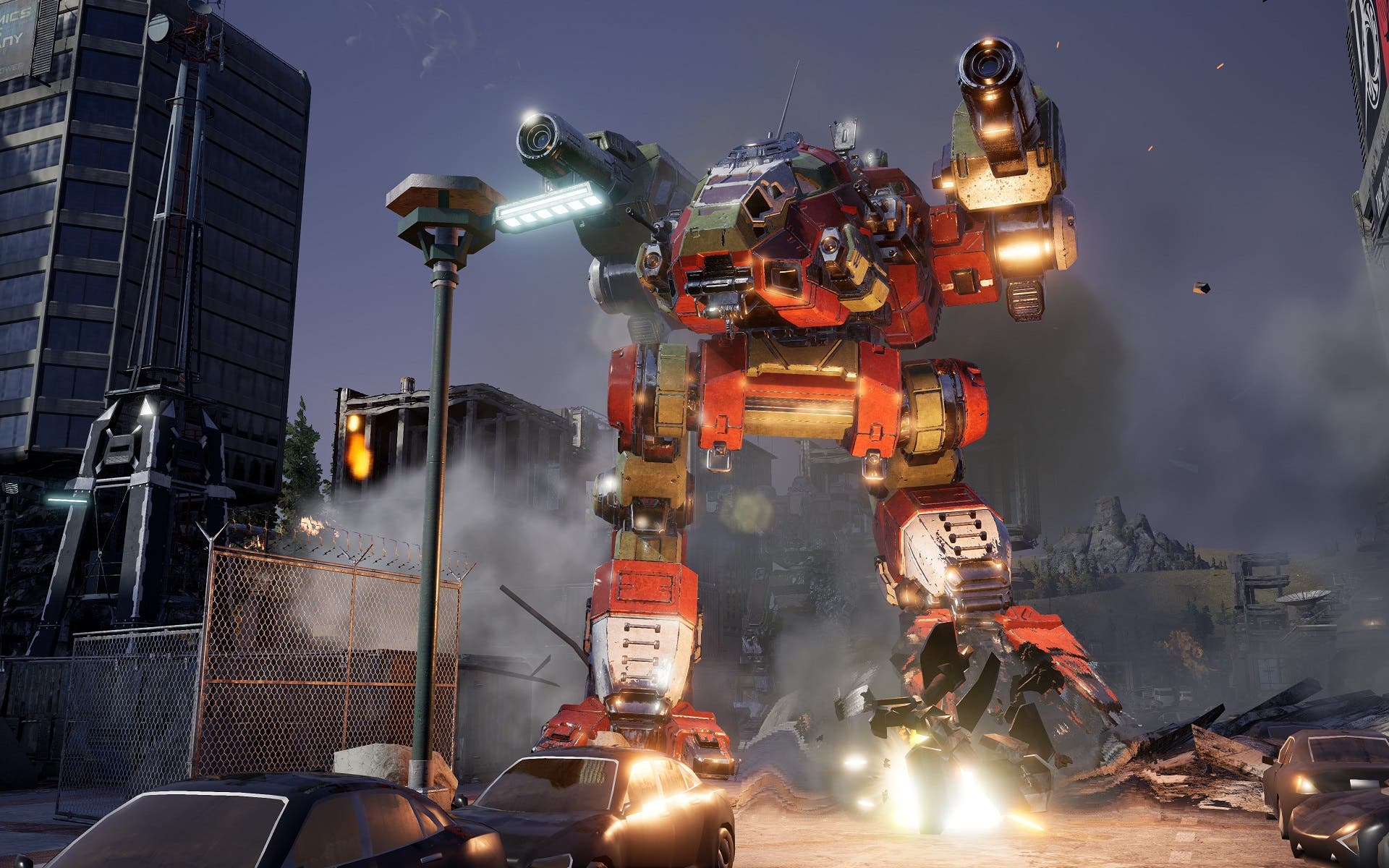 While the game has a single-player experience, there’s another way to play through the campaign: in online coop. For the first time in the series history, you can now play the campaign cooperatively for four players. Progress for the campaign is all made for the player hosting the game, but it’s a whole new way to play the game, and it offers a level of interaction you don’t get with the AI lance mates, which your friends or strangers inhabit during the time they’re connected into your game.

Additionally, there’s Instant Action that lets you a generate a mission on-the-fly based on your preferences. There are official tools and mod support coming via the MechWarrior 5: Mercenaries Editor. This will be coming post-launch, but not long after. 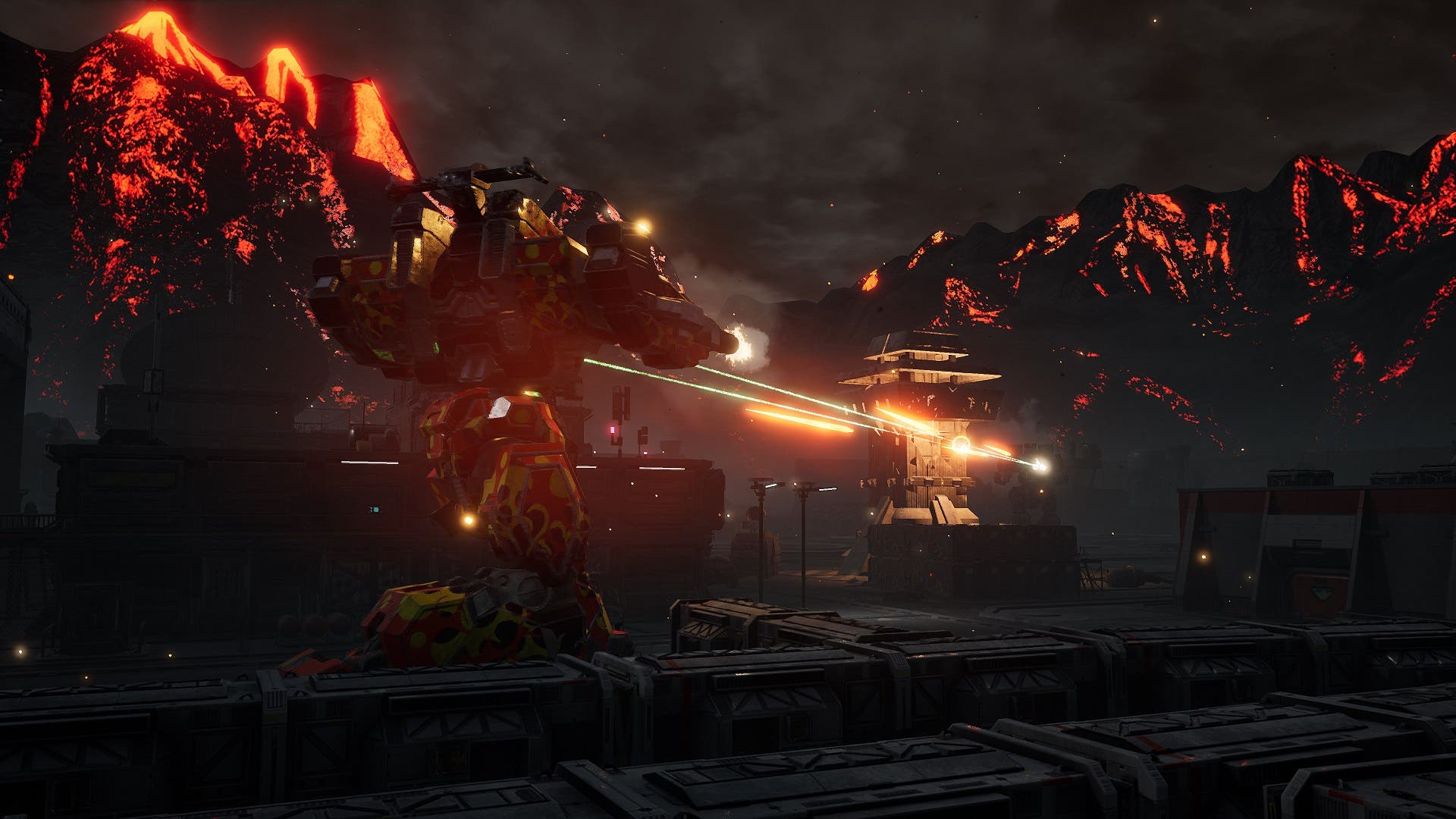 The switch to Unreal Engine 4 for MechWarrior 5: Mercenaries over CryEngine for MechWarrior Online is noticeable. Environments are more detailed, lush, and overall more interesting. This extends to the cockpits which are unique and accurate to their BattleTech design. The lauded computer voice returns, and it’s absolutely glorious. I have to admit, I played a lot of MechWarrior 2: Mercenaries with a HOTAS. It’s cool and all, but it feels like an outdated control scheme now. For this game, I stuck mostly to mouse and keyboard. 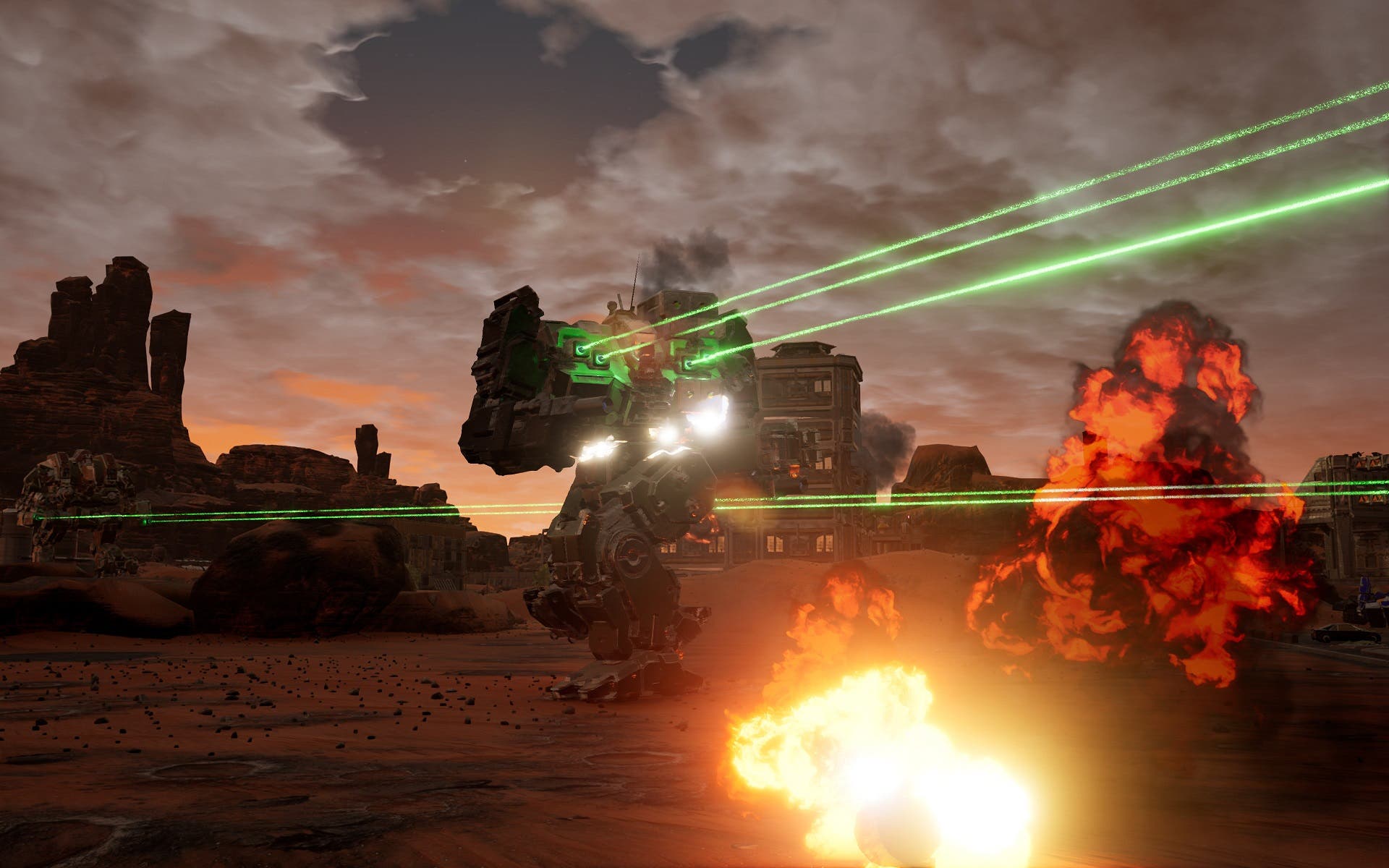 The combat is intense, frenetic, and never bogged down by the managerial aspects. The story is solid, and the characters are okay, but the BattleTech lore that begins to unfold throughout steals the show. MechWarrior 5: Mercenaries captures the essence so beautifully of what made the MechWarrior: Mercenaries games so great two decades ago. It’s a welcome return for a singleplayer campaign of this storied franchise. MechWarrior 5: Mercenaries skips all the pretenses, and lets you manage the finances and the intricate details of your own mercenary units to stomp around the galaxy at your leisure.