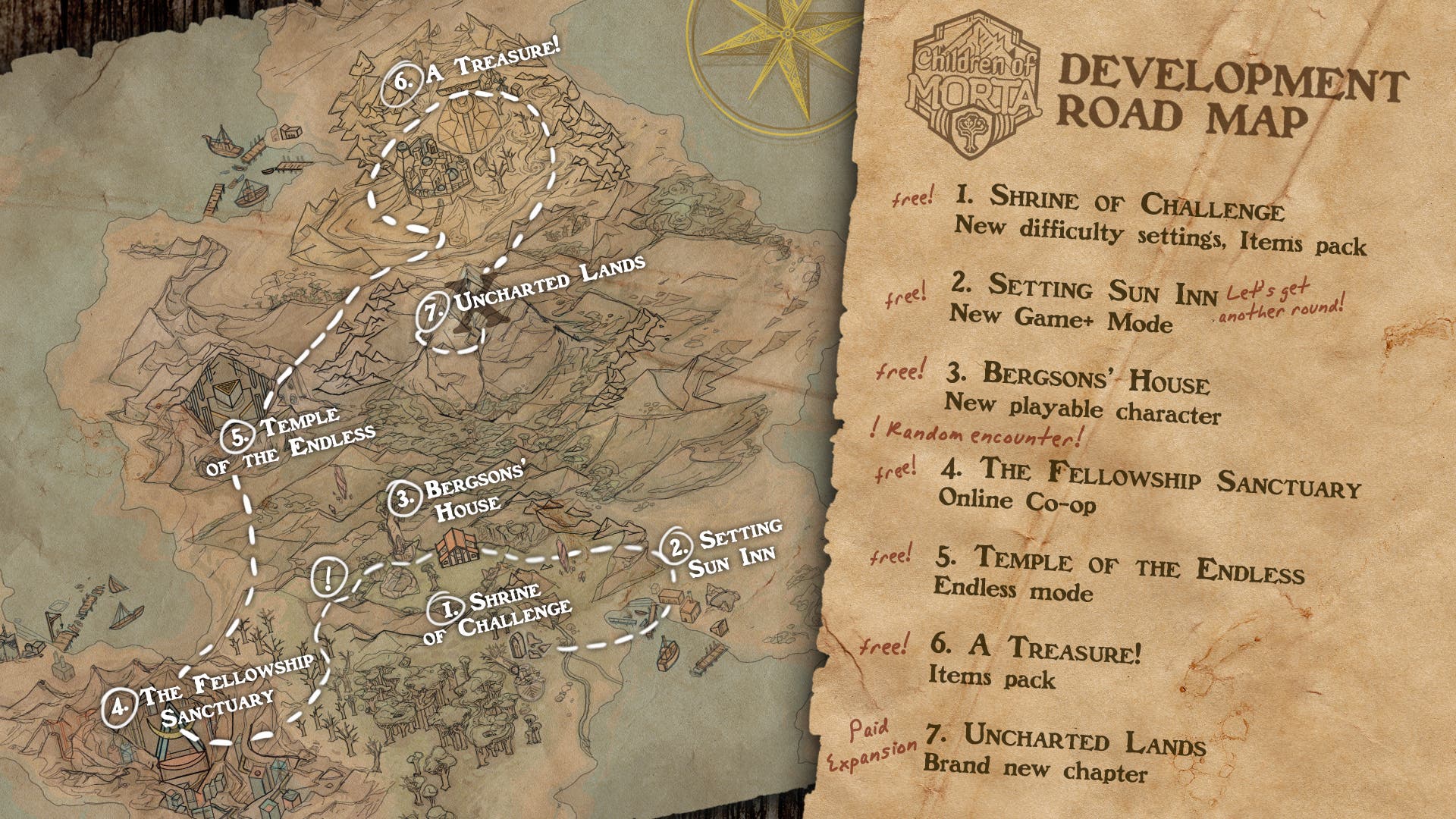 Warsaw, Poland – December 17, 2019 — Children of Morta, the story-driven rogue-lite RPG developed by Dead Mage and published by 11 bit studios, will receive a ton of content in the coming months and beyond as detailed in a newly released 2020 roadmap.

The latest addition to 11 bit studios’ publishing portfolio, Children of Morta has been a massive success story both commercially and creatively. Breaking even on its development costs after only three days on the market, the game was received positively from fans and critics alike.

11 bit studios is excited to offer those passionate fans even more in 2020. As players have come to expect and appreciate, the majority of new content coming to Children of Morta will be available free of charge to those who own the game with only the Uncharted Lands expansion being released as paid DLC. Let’s take a look at what’s on the way:

Finally, a surprise for music fans everywhere who want to bring the soothing sounds of Children of Morta with them wherever they go — the Children of Morta Original Soundtrack, composed by Hamidreza Ansari, is now available on YouTube, Spotify, and iTunes for your listening pleasure!