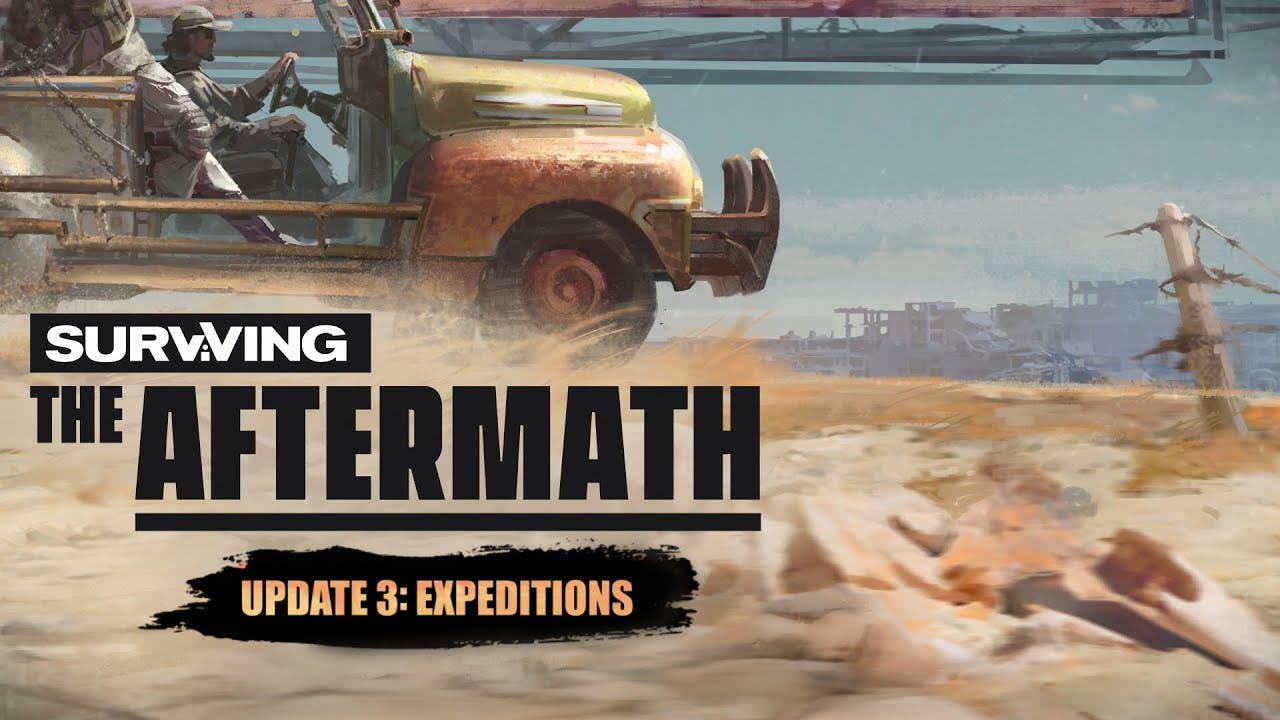 Paradox Interactive and Iceflake Studios have kicked off 2020 with the launch of Update 3: Expeditions, a free content update to Surviving the Aftermath that introduces vehicles and enhances trade between societies. Vehicles allow players to quickly send groups of Specialists across the World Map while trade allows the player to leverage their colony’s reputation in exchange for favors and resources.

In addition to vehicles and trading, Update 3: Expeditions adds two more buildings players can construct in their colony and Twitch integrations enabling content creators to engage with their audience in-game.

Vehicles: Vehicles can be found while exploring the World Map and can be salvaged by specialists. Salvaged vehicles must be brought back to the colony for repairs before your specialists can use them for exploration. Once repaired, players can use vehicles to transport groups of specialists across the World Map.

Trade: Players can now trade favors and resources with other societies on the World Map. Using reputation as currency, players set up trade deals whenever a convoy arrives at their colony’s gate. Trading convoy’s will establish trade routes between colonies, and depending on the arrangement, players will need to have enough supplies stocked up before the convoy’s arrival or risk facing a penalty. Players can even trade seeds with their neighbors, rather than relying on events to acquire them.

New Buildings: The colony can now house a Refinery and Garage. With the introduction of vehicles comes a new resource to power them, fuel. The Refinery produces fuel from Sunflower oil harvested from the colony’s farms. Garages are used to store and repair vehicles, with each Garage able to maintain a single vehicle and requires an assigned Specialist to operate.

Twitch Integrations: Twitch streamers can enable Twitch integrations via Surviving the Aftermath’s settings which enables their audience to vote on the next catastrophe or the results of each event.

Since its Early Access launch in October, Iceflake Studios and Paradox Interactive have been hard at work updating Surviving the Aftermath. In November, Update 1: The Colony introduced additional buildings players can construct, more resources to collect, and expanded colony management options. Update 2: Outposts arrived in December giving the World Map a massive visual overhaul, adding the ability to build Outposts away from the colony, and more. Alongside the new features, each update addresses player feedback and incorporates suggestions from the community.