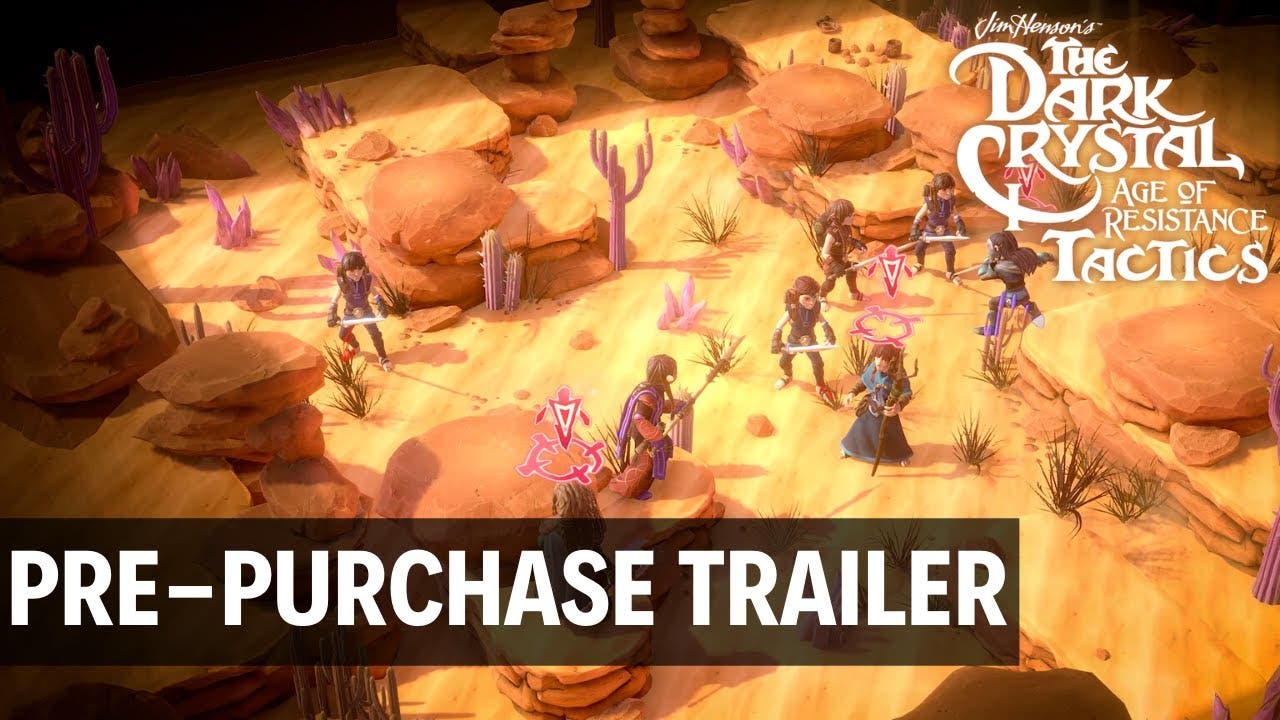 The Dark Crystal: Age of Resistance Tactics available for pre-purchase, coming to PC and consoles on February 4th

SEATTLE – January 21, 2020 – En Masse Entertainment, a player-focused publisher dedicated to delivering great games and service, today launched pre-purchase for The Dark Crystal: Age of Resistance Tactics, the upcoming strategy RPG developed by BonusXP and based on the Netflix Original Series. The title will launch for the Nintendo Switch™ system, PlayStation®4 entertainment system, Xbox One family of devices including the Xbox One X, and PC/Mac via Steam, GOG.com, and the En Masse Launcher on February 4, 2020, with an MSRP of $19.99, (£16.99, and €17.99). Fans can now secure their digital pre-purchase on Switch™, Xbox One, and PC/Mac, with the PS4™ system version available for purchase at release.

The Dark Crystal: Age of Resistance Tactics reimagines the world of The Dark Crystal as a tactical strategy game. In turn-based combat, players lead the Gelfling resistance by using guile, planning, and cunning to outwit their foes. Units can be customized with gear, abilities, and an expansive job system to tackle more than 50 unique missions in the game. During battles, dynamic events and environmental effects that create tactical opportunities or put the Gelfling forces at risk, necessitating rapid changes in strategy to keep players on their toes. These variables, alongside a wide range of different characters and party compositions make for battles that are highly replayable. After completing the game, players can take on a New Game+ mode that offers even more challenge. Missions are wrapped in a narrative that will see players re-live key moments from the Netflix Original Series, while also experiencing never-before-seen events that reveal more about the world of Thra and its inhabitants.

Published by En Masse Entertainment and developed by BonusXP, The Dark Crystal: Age of Resistance Tactics will release digitally for Nintendo Switch™, PS4™ system, Xbox One, and PC/Mac via Steam, GOG.com, and the En Masse Launcher on February 4, 2020 priced at $19.99, £16.99, and €17.99. The title has been rated “E for Everyone” by the ESRB.