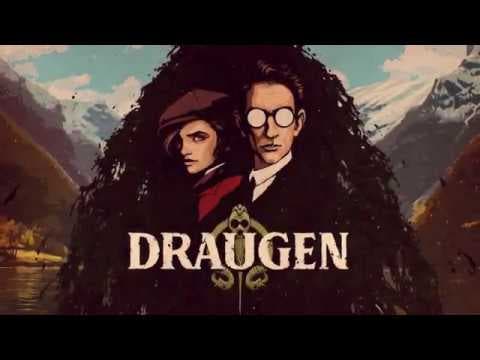 Draugen, the award-winning Fjord-Noir mystery adventure comes to PS4 and Xbox One on February 21st

Oslo, Norway, 29 January 2020 – Developed by Red Thread Games, the award-winning studio behind Dreamfall Chapters, Draugen received critical acclaim upon its initial PC release in May 2019, and won “Game of the Year” and “Best Audio” awards at the Norwegian Spillprisen 2019. This 21 February, Xbox One and PS4 players are finally invited to visit the picturesque town of Graavik and uncover its mysteries through the eyes of an increasingly unreliable narrator…

The year is 1923. You play Edward Charles Harden, an American traveller who’s come to Norway to find his missing sister. Accompanied by your ward Lissie, a lively and enigmatic young woman with a mind of her own, you’ll explore this scenic coastal community nestled amongst the fjords and mountains of rural Norway. But looks can be deceiving, as Draugen pushes you to unearth the darkness that lies deep within…