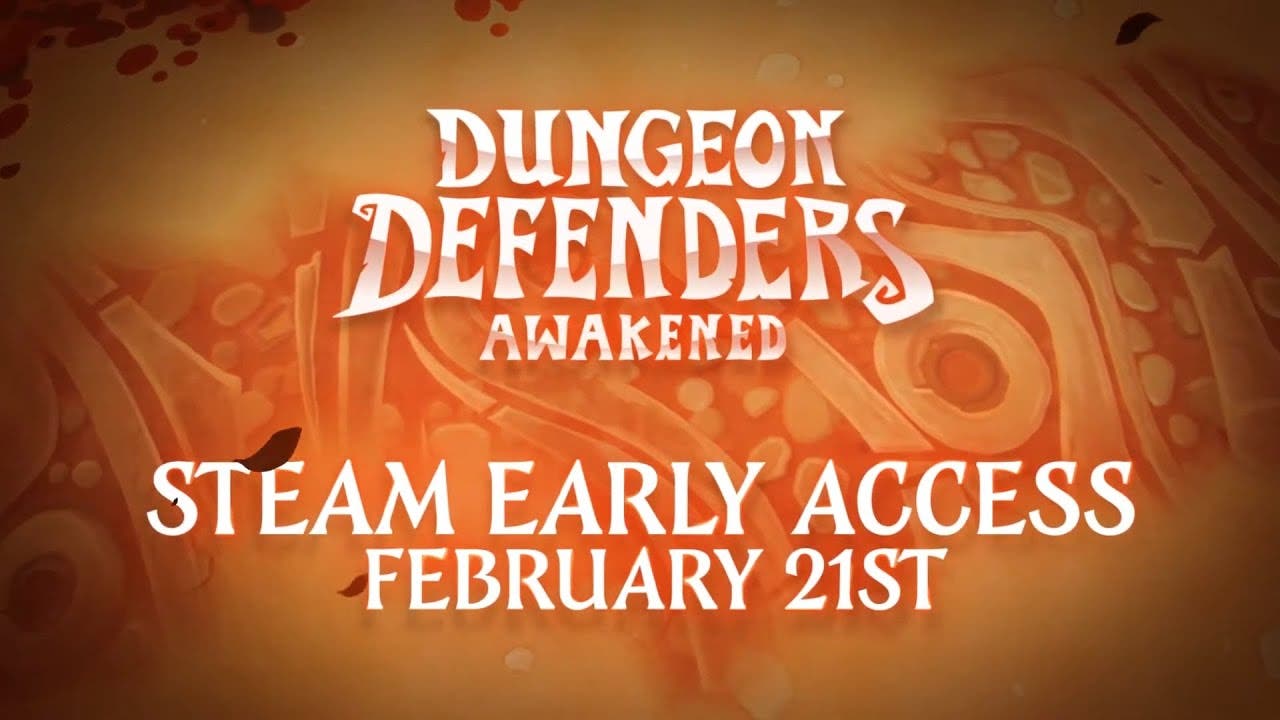 GAINESVILLE, Fla. – Jan. 29, 2020 – Dungeon Defenders: Awakened, the epic return of Chromatic Games’ multimillion-selling co-op tower defense action RPG series, fortifies Windows PC with its Steam Early Access debut on Feb. 21, 2020 ahead of a 1.0 release alongside the Nintendo Switch version in Q2 2020. During the Early Access period, the team will incorporate community feedback to ensure the best possible experience across all platforms.

The Early Access build will contain nearly everything in the full base game, including 12 levels, four playable heroes, and virtually endless enemies to defeat. Throughout Early Access, Chromatic Games will implement emergent community feedback, polish, and other surprises for dedicated Defenders to enjoy.

As the despicable Old Ones hatch a time-traveling plot to rewrite history and undo the events of the original Dungeon Defenders, the young heroes of Etheria must reunite once again to ward off the forces of evil. Return to this vibrant fantasy world, take up arms, and battle waves of enemies across a collection of all-new arenas and reimagined fan favorites.

Join the fray by forming a team of up to four champions and choose between as many playable characters (with more to come after launch). Each hero possesses their own distinct combat style and special abilities. Harness these powers and work together to protect the legendary Eternia Crystals while building defensive fortifications to repel even the most imposing of foes.

Construct strongholds to slow the approaching hordes of orcs, goblins, dark elves, and other monstrosities while unleashing mighty attacks and devastating spells to turn the tide of battle. Survive the onslaught to earn new loot, reliable pet companions, and more customization options to prepare for the fights to come and epic showdowns with new larger-than-life bosses.

Forge a unique arsenal and enjoy countless hours of fast-paced medieval fantasy action across online and local co-op multiplayer matches spanning a legendary campaign with a new story, the progressively challenging Survival Mode, a tactical Pure Strategy Mode, the no-respawns Hardcore Mode, and a chaotic Mixed Mode sure to keep even veteran players on their toes.

“Dungeon Defenders: Awakened is the culmination of our work on the Dungeon Defenders franchise. Pushing our 1.0 launch allows us to work with our community during Steam Early Access, implementing valuable player-driven changes and feedback accrued from over thousands of Beta surveys,” said Augi Lye, co-founder, Chromatic Games. “Our amazing community comes first! We feel it’s important that Awakened is the best game during its full release to do right by our players. We’re excited to bring seasoned Defenders and newcomers alike into the world of Dungeon Defenders: Awakened on Steam for our PC Early Access coming Feb. 21, with the full release for PC and Nintendo Switch in Q2 2020!”