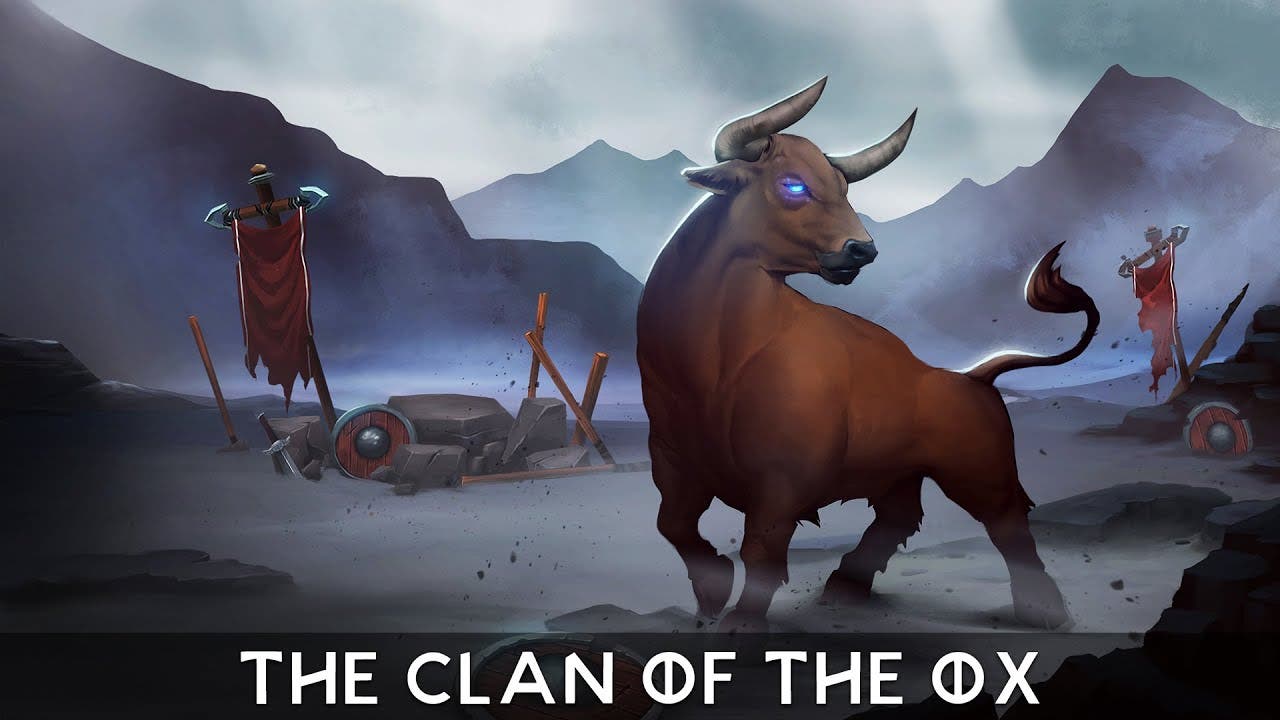 There’s a fearsome new DLC clan arriving today. Available now on Steam for $4.99 / €4.49 / £3.99, the Himminbrojtir: Clan of the Ox is a dynamic faction with crushingly-powerful late game finishers.

Helmed by the venerable Torfin, the Clan of the Ox are a formidable band of warriors renowned for their large appetites and physical might. Members of this clan tower over their rivals and wield their hulking size to gain 15% attack and defense bonuses in combat. They also boast a 40% boost in production, but their imposing stature does have limitations, as only a single Ox villager can be assigned to buildings (both military and production) at any given time.

Warchief Torfin’s unmatched strength and cunning nature allows the clan to identify and loot Northgard’s Ancient Battlegrounds for Ancestral Equipment. In combat, Torfin’s Provocation ability increases his defense while forcing every non-neutral enemy to focus their attacks on him for a limited time. He also features an offensive Ram power, which unleashes a devastating charge attack with the muscle to immediately destroy opposing structures.

Buy it now on Steam: https://store.steampowered.com/app/1223060/Northgard__Himminbrjotir_Clan_of_the_Ox/