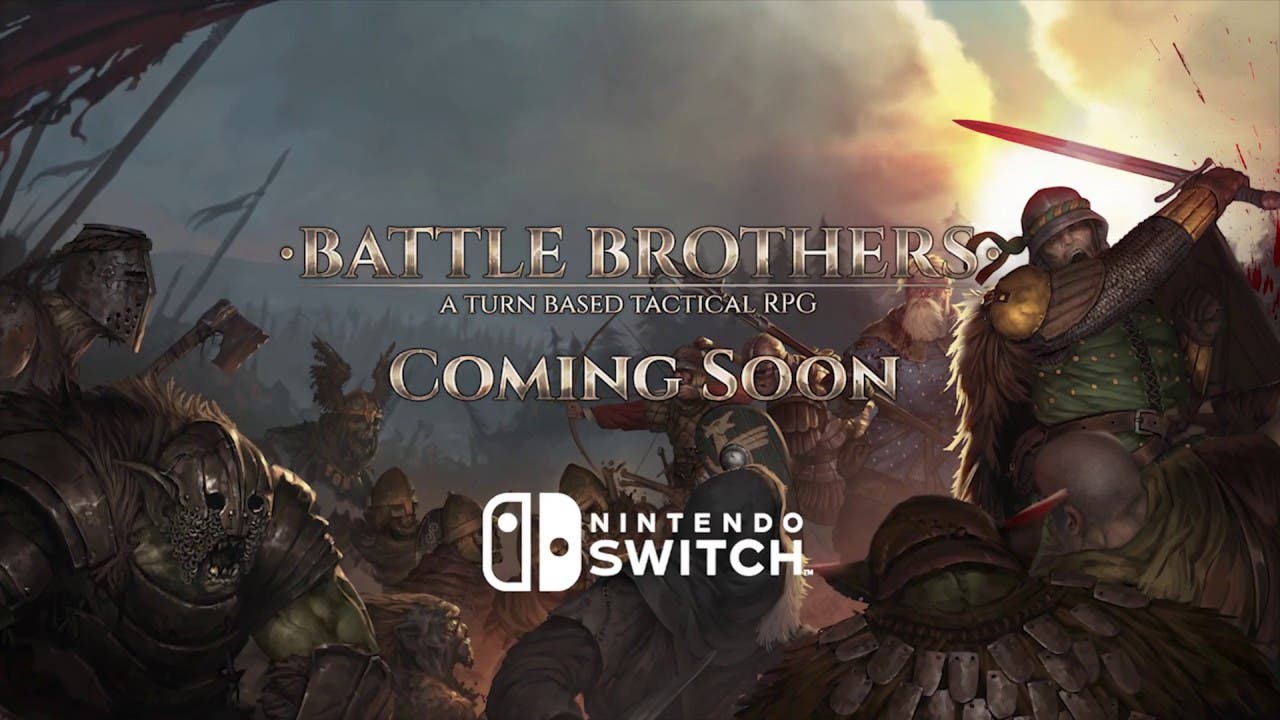 London, United Kingdom – January 30th, 2020 – UKIYO Publishing and Overhype Studios are proud to announce that its critically acclaimed procedurally-generated tactics title Battle Brothers is coming to Nintendo Switch in 2020. Soon, you’ll be able to manage your merry band of mercenaries on the go!

Having launched on PC to rave reviews in 2017, Battle Brothers is a turn-based tactical RPG in which players accrue their own mercenary gang in a gritty, medieval fantasy world. You decide whom to hire, where to go, what contracts to take on, and how to manage your private militia. Running a company requires blood, sweat and tears as you balance your budget, equip your crew, and do whatever it takes to put food on the table as you wander through this unforgiving world.

Once in combat, Battle Brothers is a different kind of tactical affair, as you position your players into place. They best be well equipped, however, as different weapons will have different advantages and disadvantages against the rogue gallery of cronies. Split shields with axes, stun enemies with a mace, form a phalanx with spears, or crush enemy armour with a war-hammer. Everything in Battle Brothers is permanent, so once you lose a soldier, they’re gone forever. And if you lose your whole squad, it’s game over! The world of Battle Brothers is rough and unforgiving, ensuring that the stakes are always high both in battle and in the monetary management outside of it.

In addition to all of Battle Brothers’ tactical depth, UKIYO Publishing and Overhype Studios will release all DLC, including the Lindwurm, Warriors of the North, Beasts & Exploration, and Blazing Deserts expansions, adding a bevy of new gameplay mechanics, quests, creatures, equipment and more post-launch this summer.

“Battle Brothers was a big success for us on PC thanks to our passionate and supportive community that offered us loads of useful feedback,” said Jan Taaks from Overhype Studios. “Among other things a Switch version of the game was kept being requested to allow Battle Brothers to be played on the go. In addition, we can now bring our challenging, hardcore strategy game to a whole new audience on the Switch!”

“When we first saw Battle Brothers we were instantly in love with it and were really hoping that we could port it to Switch for a whole new audience,” said Martin Hann of UKIYO Publishing. “We love both tactics titles and gaming on the go, so this was a match made in heaven… only with a lot more decapitations.”