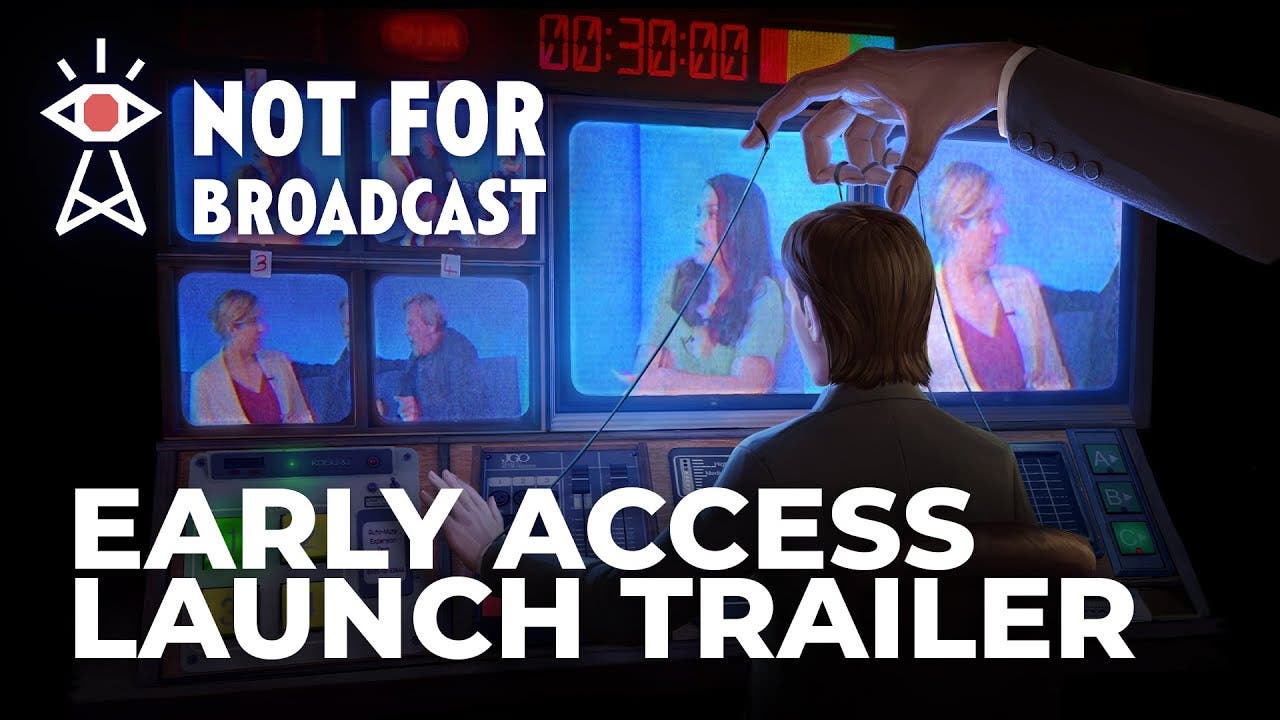 30 JANUARY 2020 – Developer NotGames and publisher tinyBuild launch Not For Broadcast into Early Access with a brand new trailer today.

Not For Broadcast launches into Early Access with the first three chapters of high-pressure gameplay and will work alongside the community to create a full ten chapters, with varied consequences for the player’s actions.

“Look, mate – it’s not that hard. Choose the angles, roll the ads, and bleep the swears. Just keep in mind that how you show these people will change their lives. Don’t worry – you’ll get paid either way!” – your Nightly News coworker, just before he resigned.

In a 1980s-inspired newsroom, players are thrust into the hot-seat of the National Nightly News switchboard as a strange new government comes to power. They are tasked with mixing four live news feeds, cueing the advertisements and censoring unwanted language, all while making impulse decisions that will affect the lives of everyone they show on screen.

Creative Director Alex Paterson said, “Not For Broadcast has been in development since late 2017. It’s been a strange experience making a political game as the entire world slowly falls apart around us. Sort of like building a house inside an active volcano…

The reaction to the prologue has been so positive – knowing that people are looking forward to seeing the first three chapters has really helped us push through the last couple of months!

We can’t wait to hear players’ feedback, and we’ve already been getting some really great suggestions for what they’d like to see in the seven episodes to come.”

Not For Broadcast launches three chapters into Early Access today on PC via Steam at £11.39 / $14.99 – with plans to work towards ten complete chapters for full release.