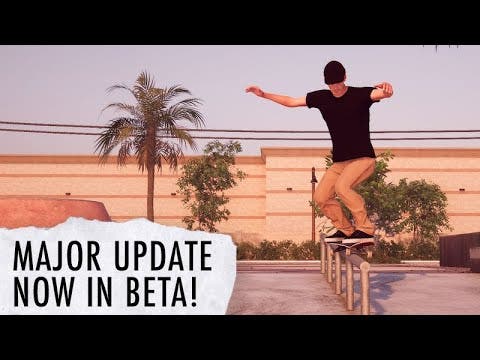 Skater XL, the first skateboarding game ever to give you 100% physics based control, launched a new update (0.2.0.0B) that adds a new level of control and possibilities for player creativity.

The addition of powerslide and revert mechanics open a new layer of style and expression to gameplay, in addition to allowing players to better control speed. New mocaped animations, remastered sound effects, the addition of replay clip length editing and camera speed refinement, and numerous gameplay improvements and bug fixes round out this massive update, now available in Skater XL’s Public Beta branch on Steam.

All features tested from last September’s Public Beta update (0.1.0.0B) will be moved to the main public version of the game, including the Encinitas Skatepark map, an updated character, map selector, replay editor and more.