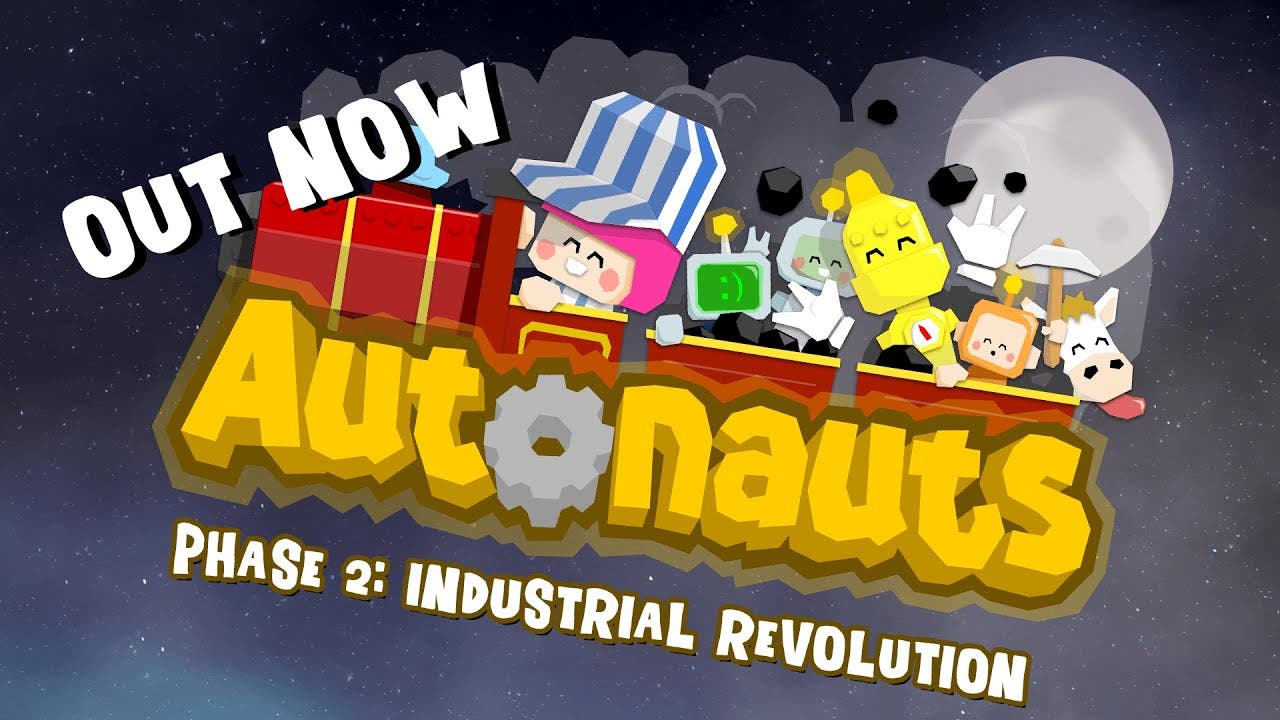 London, UK – Thursday, 6th February: Today Denki and Curve Digital have released their biggest update to date for the acclaimed coding and colonisation game, Autonauts. The free expansion, titled ‘The Industrial Revolution’, shifts the automation emphasis to mechanise the mining of coal and metal resources to fuel steam-powered worlds, using potent new Mk 3 Bots. Players can now create advanced railroad networks with fully-functioning trains and add their own cheats, scripts and content to the game for the world to enjoy via Steam Workshop.

Autonauts challenges players to colonise fertile alien worlds for the benefit of humanity with an array of robot helpers at their disposal. Utilising a visual programming language inspired by Scratch, players can playfully program their helpers to perform basic tasks like chopping down trees to more complicated duties like baking pies, fishing, powering-up other robots and lots more – all with the aim of satisfying colonists arriving from the homeworld.

“Who doesn’t love trains? I know I do! And I’m sure Autonauteers old and new will too… Can’t wait to see what joyous madness they make with their automated railways – not to mention the modding! There’s so much good stuff in our first big update: so many new things to play with and new ways to play and a whole bunch of lovely improvements, many of those inspired by the ever-awesome Autonauts community and their votes on the public suggestions list,” said Denki’s Creative Director, Gary Penn.

For a full rundown of the new content, check out the summary below:

To celebrate all this Industrial Revolution-themed content arriving, Autonauts will be available at a 30% discount for a limited time on Steam. So what are you waiting for? There’s never been a better time to jump onboard the Autonauts train!

To learn more about Autonauts and to stay up-to-date with the game’s continued expansion, including the endlessly inventive and undoubtedly awesome player-built content on Steam Workshop, please visit the game’s official Steam product and community page here: https://store.steampowered.com/app/979120/Autonauts/