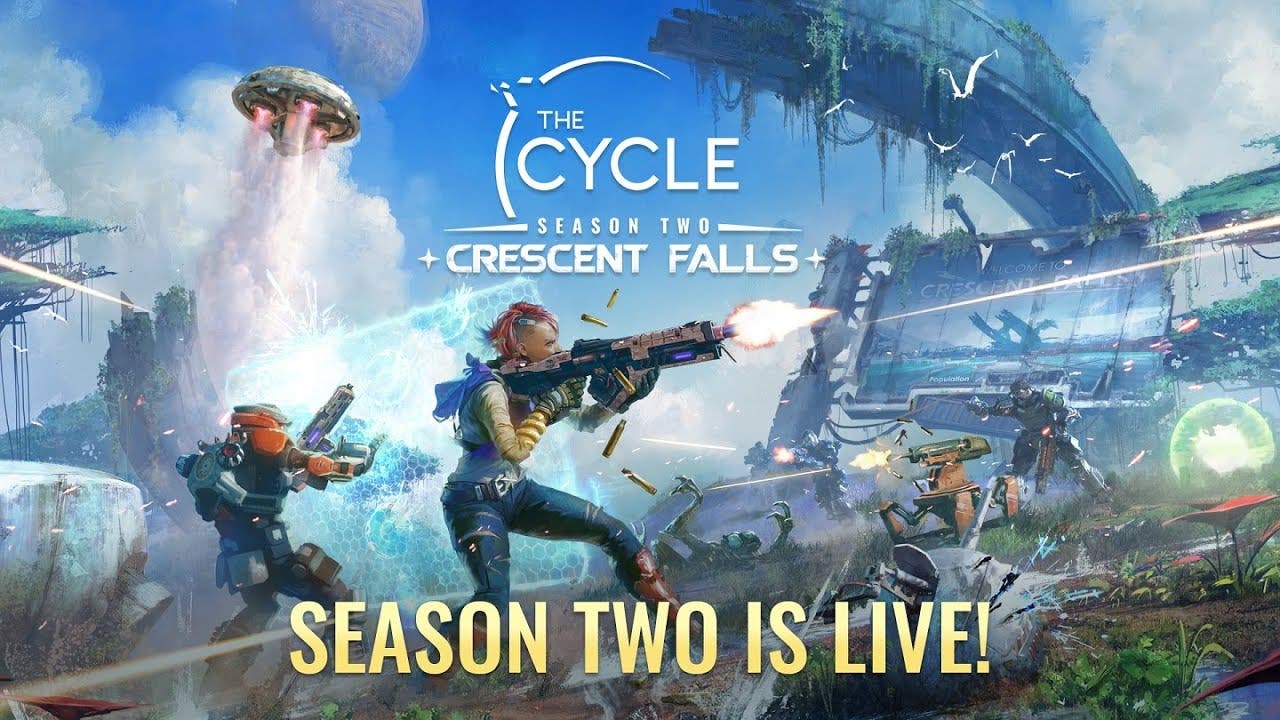 BERLIN – Feb. 6, 2020 – YAGER has kicked off the second season of the competitive quest shooter The Cycle! Season 2’s big showstopper is the new “Crescent Falls” map, a significantly more vertical and diverse arena with new surprises and challenges, four unique biomes, a town center with bars, and a giant spaceship! YAGER has also added ranked versions of all available game modes, plus a new lobby in space to hang out with other players and check out stats and contracts before each match.

The Cycle is a match-based first-person multiplayer shooter with tons of action: complete jobs, defeat hostile lifeforms, gear up with new weapons and powers, out-score other prospectors, and make it off the planet alive before it kills you. The Cycle delivers a competitive multiplayer experience where everyone can survive, but how you stake your claim can make all the difference. Form squads with friends, make uneasy alliances with strangers, or go it alone — the choice is yours!

Season 2 of The Cycle is free to play now on Windows PC via the Epic Games Store, with new story missions coming soon. For more information, visit www.TheCycle.game.