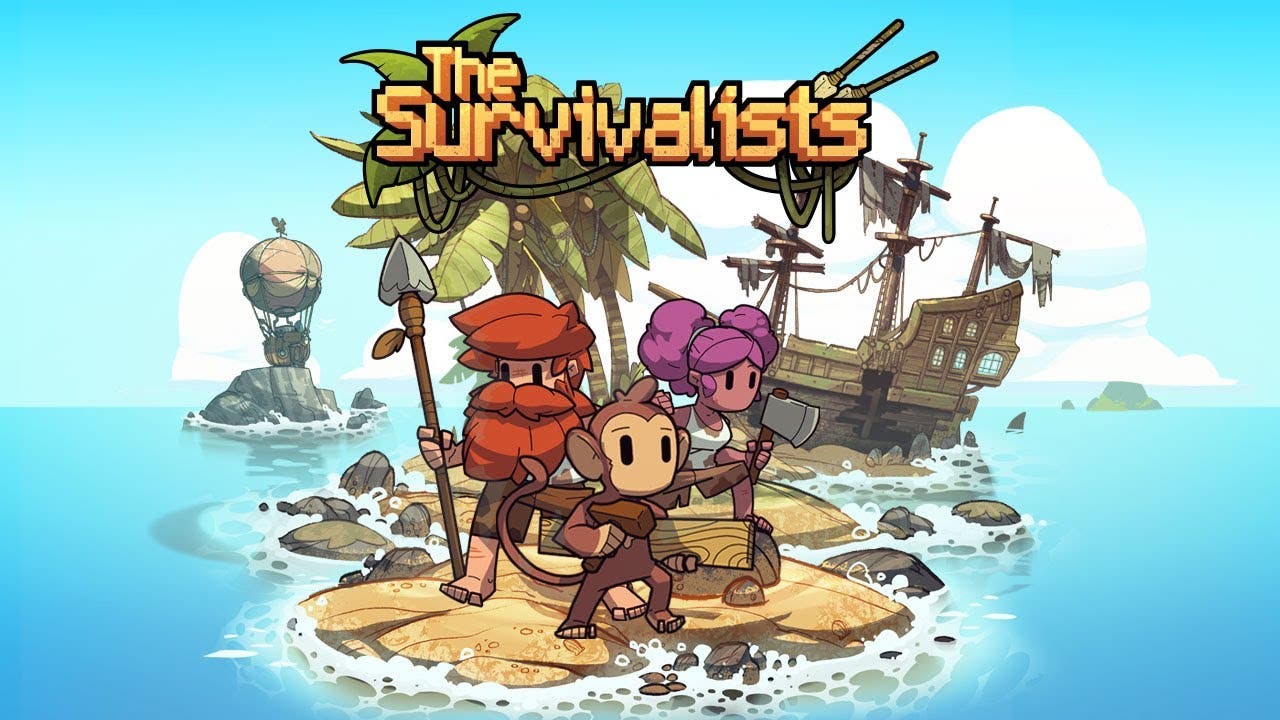 Wednesday, 19th February 2020 – Team17 has today revealed more information on how players will be able to withstand the pressure and stress of daily island life in the upcoming crafting and survival sandbox game, The Survivalists. Currently in development for PC and consoles and scheduled for launch later in 2020, The Survivalists features ‘The Mimic System’, enabling stranded players to train local monkeys to help with tasks, from building shelters and cutting down trees, to defending against raids from the many malevolent orclings.

‘The Mimic System’ will see players befriend and tame wild monkeys before training them with bananas. As they munch down on their musa, players will have to show their primate cousins the actions to replicate and provide the necessary tools. From there, they’ll gladly help and support survivors in their adventures. Players will be able to harness the power of multiple monkeys to create ‘monkey chains’, setting them up to work together to achieve a greater goal such as creating an axe for another to chop down trees for wood that can be used by others to build bases.

Tame and train monkeys to become:

Players will gather resources and master a deep crafting system with multiple trees; overcome quests delivered by a mysterious stranger or by messages in bottles washed up on the beach; and go on unique adventures across a multitude of biomes and wildernesses either solo or cooperatively with three others through online multiplayer.