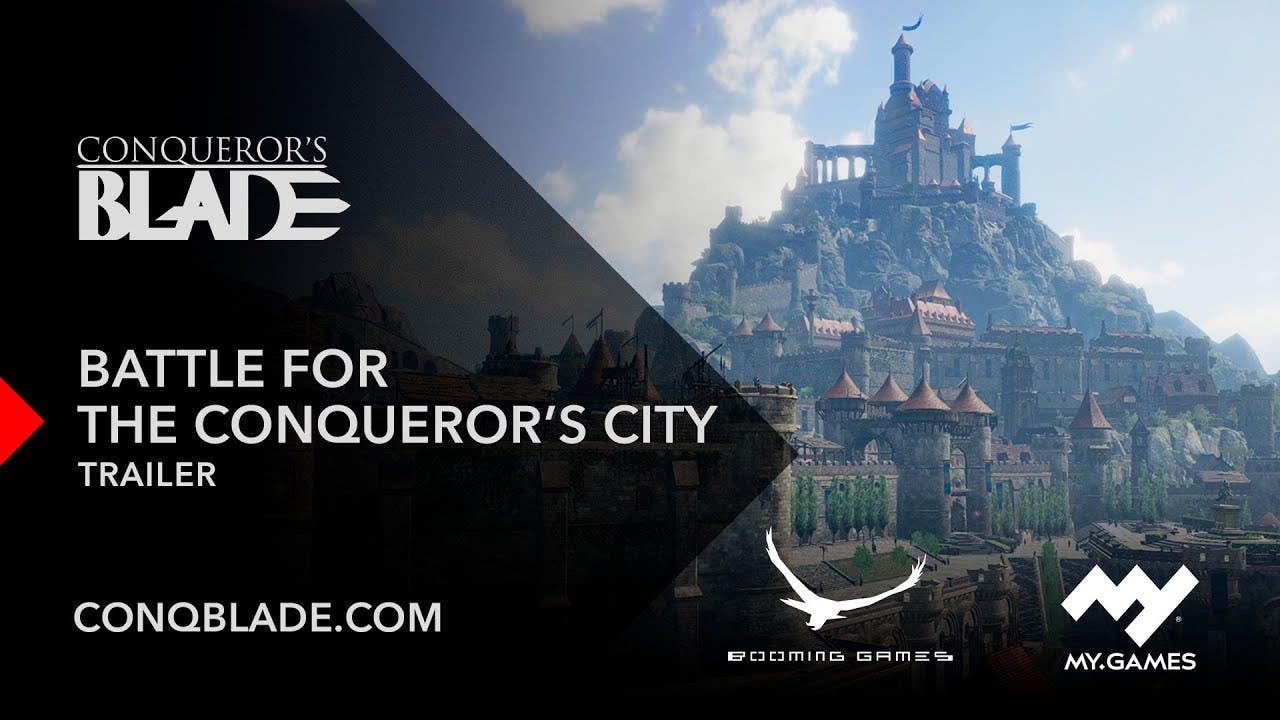 Tuesday, March 3, 2020 — Global publisher MY.GAMES and developer Booming Games proudly announce the release of the “Conqueror’s City”, a mid-season content expansion for popular PC medieval war MMO, Conqueror’s Blade. The all-new content raises the stakes on its Guild vs Guild focused Territory War events with the introduction of a majestic new reward: ownership of Conqueror’s City! Highly fortified, this new city will provide the ultimate bragging rights for the one House daring enough to storm its massive gates. The ultimate victor will see their House immortalized in Conqueror’s Blade history forever!

Fortune and Fame awaitsThe once-fabled city sits high above the tallest mountains in the Borderlands region. A formidable fortress, with intimidating walls and gleaming towers, guarding more wealth and fortune than any Warlord could dream of. But it takes some guts to conquest this fortified city: Conquerors must first breach one of the four gateway keeps that protect all routes into the city (Gate of Heaven, Gate of Earth, Gate of Glory and Gate of Order). Once a gate is under the control of a player’s house – or one of their allies – they can then target the main city.

Houses that succeed in taking the city can claim unique bragging rights, while those brave enough to hold it at the conclusion of Season II acquire a legacy that will go down in history forever. They will be enshrined as the victors of Season II, with members being awarded the ultimate title of ‘Hegemon’. The House will have to fight to keep it, but their legacy will endure. Throughout time all who become Hegemon will be remembered as being among the most powerful warlords to have lived and their legacy will echo throughout the ages. As in all territory wars, Conqueror’s City will also include the ability to join NPC Houses from four different alliances, so players won’t be left out if they haven’t yet settled into a player-run House. Today marks the end of a long march to reach Conqueror’s City, Warlords can go up against the very best and claim the game’s ultimate prize!