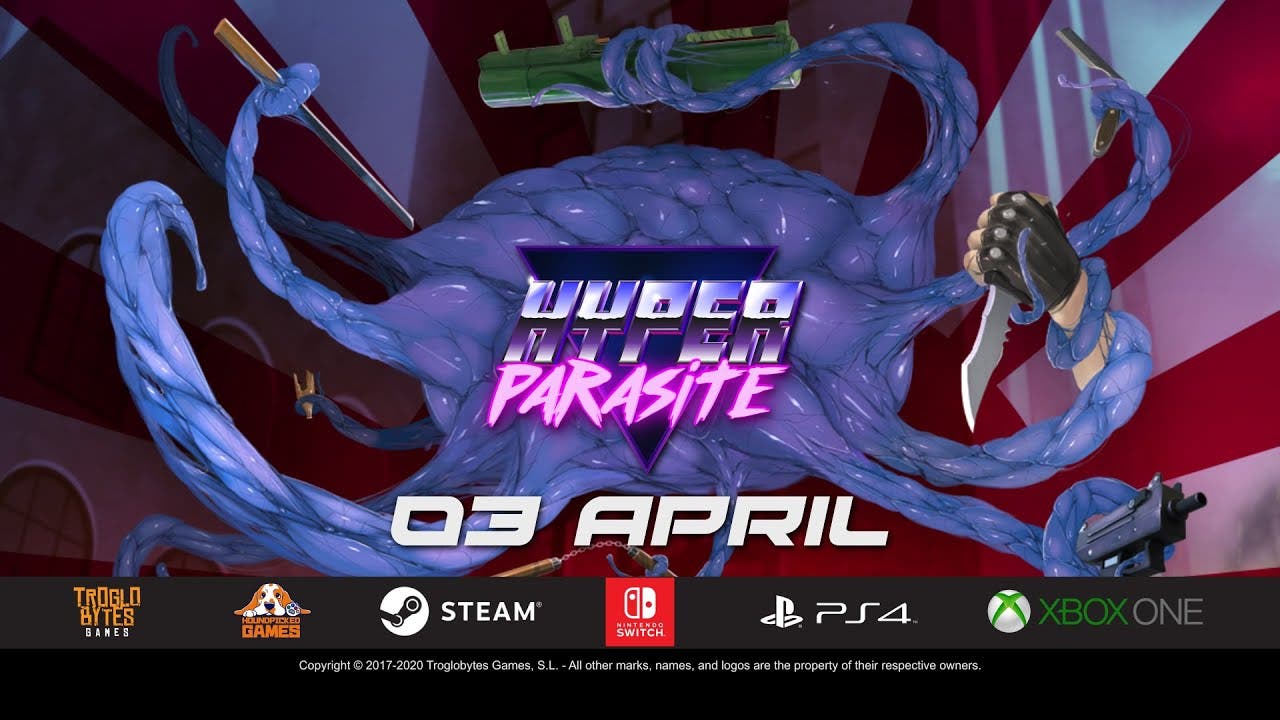 HyperParasite will launch priced at $17.99 / €14.99 / £13.99 and is localised in English, Italian, German, Polish, Portuguese, Russian, French, Spanish, Japanese, Traditional and Simplified Chinese, available across all platforms.

Pre-order/loyalty discounts will be available  and further information can be found at the end of this press release. HyperParasite is a fresh take on the twin-stick shooter, offers incredibly slick fast-paced action, responsive controls and has more mullets than you can shake a pink neon sock at.

With 60 classes of host, each of which can be snatched and controlled, to take advantage of their unique skills and weaponry. Laced with comedy, a bodacious synth-wave soundtrack and rad retro visuals that drags the player kicking and screaming back to the 80s! HyperParasite is a game full of outrageous and rip-roaring brawling action that throws down the fingerless glove to its challengers.

“It’s time to adjust the flux capacitors and get ready to see some serious shi!t, it’s finally time for HyperParasite to slither into homes all over the world and invade new host players!” said Saverio Caporusso, CEO of Trologbytes Games. “Comb your mullet, pull on that shell suit and get ready to go back to the 80s.“

HyperParasite will launch on Steam, Xbox One and PlayStation 4 with a 33% limited time discount until April 18th.

Nintendo Switch: QubicGames are running a special promotion for existing customers alongside a general pre-order and early purchase discount: