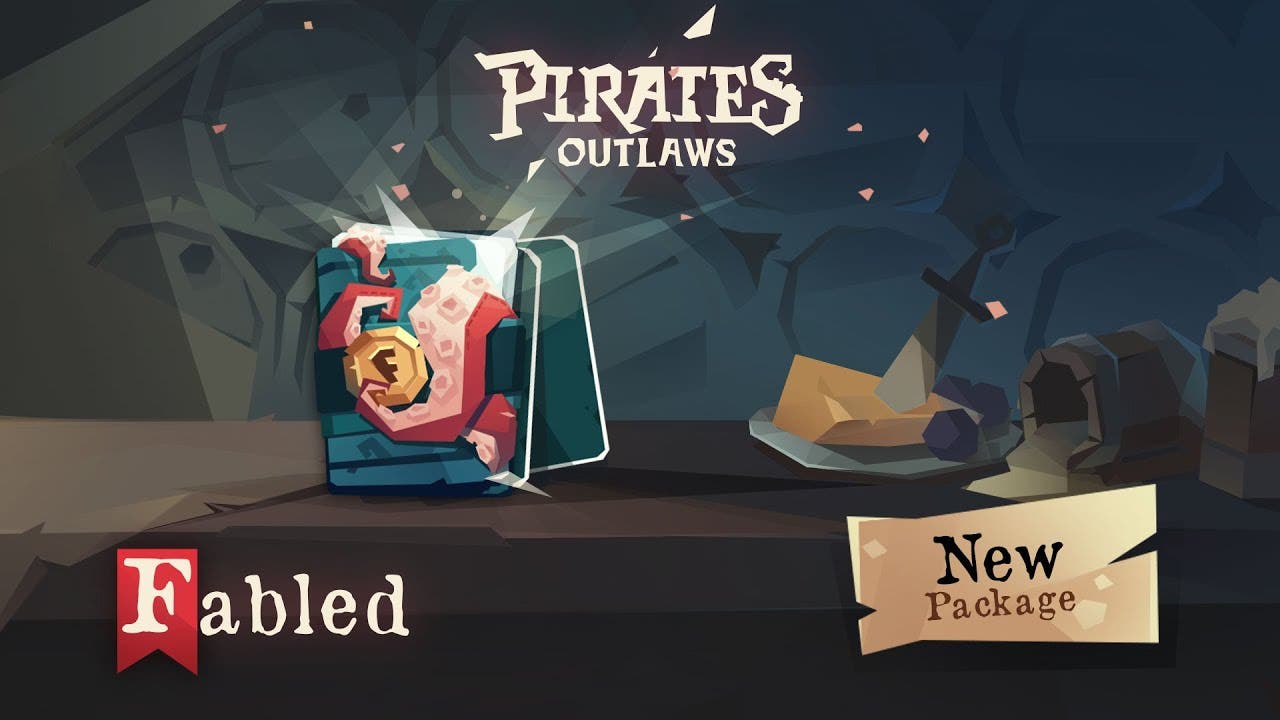 Shenzhen, China –  March 5th, 2020 – Independent game developer Fabled Game Studio is pleased to announce that its roguelike card game Pirates Outlaws is celebrating its one year anniversary by launching its “Fabled” expansion, adding more content than ever to this high seas adventure. Originally launched on iOS and Android devices, Pirates Outlaws is currently on Steam Early Access for £15.49/$19.99/€16,79 with a full PC release due later this Spring.

Originally released to critical acclaim on iOS and Android, Pirates Outlaws on Steam Early Access, has been given a vast upgrade from its mobile origin by improving the game’s progression, removing in-app purchases/microtransactions, and introducing a new way to unlock characters, upgrades and packages.

Pirates Outlaws is a roguelike card game where you build your deck and develop combos as you become the most notorious pirate to sail the seven seas. Choose from one of 11 playable heroes, with a range of different abilities, as you scour the horizons to improve your deck from amongst 450+ cards and 150 relics while engaging in turn-based battles with all foes that stand in your way.

Choose from two game modes: In Navigate, you sail from isle to isle on a procedurally generated map, conquering all as you battle 70 outlaws and face off against 45 unique bosses. With five unique seas within six chapters, this provides plenty of opportunities to build the ultimate deck and refine your combat style.

The second mode, Arena, is for players who prefer a greater challenge. Here you are thrown into an arena with enemies from three chapters. Armed only with your premade deck and relics, you’re tasked with defeating unique champions as you try to attain the 20 available trophies in order to unlock special upgrades and new skins. There’s booty a’plenty for all!

“We’re so excited to bring the “Fabled” package to the Pirates Outlaws community to thank them for their continued support over the past year,” said Nicolas Lavergne, Director of Fabled Game Studio. “As we improve the game with the help of our amazing fan base, we look forward to the players enjoying the unprecedented deck-building potential we have to offer!”