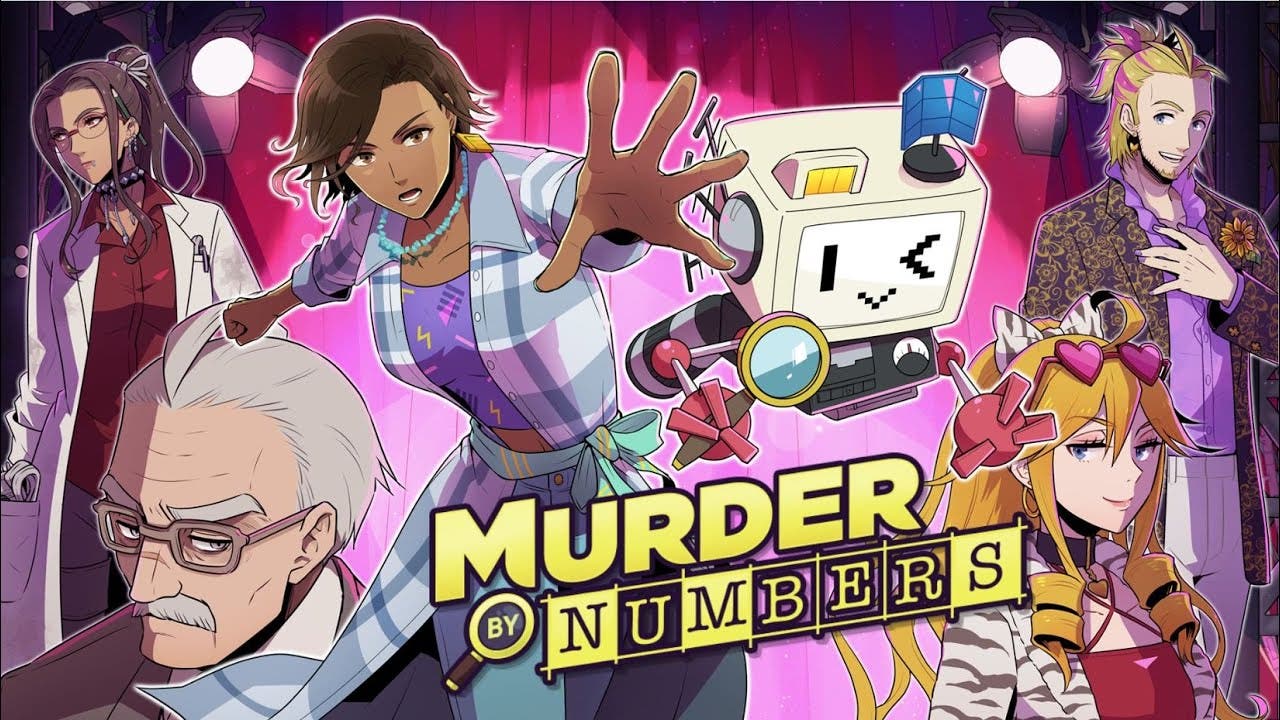 Murder by Numbers is now available on PC and Switch

(LONDON) March 6, 2020 – Calling all units! Winged matchmakers Mediatonic and impeccable indie publisher Irregular Corporation are reporting in a crime: there’s been a murder… (by Numbers)! Launching today on PC and Nintendo Switch, Murder by Numbers is now available on Steam and Switch for $14.99. To celebrate the release of the game, it will also be discounted for 10% on Nintendo Switch for its launch week from March 5-11, while the Steam version has a 10% discount from March 6-12.

LIGHTS. CAMERA. MURDER…? It’s not exactly what TV detective Honor Mizrahi signed up for, but with the suspiciously sudden death of her manager after her dismissal, the suspect spotlight is now resting firmly on her. Help Honour and her rad reconnaissance robot SCOUT clear her name by interrogating a cast of quirky characters, solving pixel puzzles and gathering clues across a range of glitzy venues. Only you and your gorgeous wardrobe of crop tops and crocs will get to the bottom of this bizarre mystery.

Ed Fear (Hatoful Boyfriend, Swords of Ditto, Heavenstrike) invokes a wonderfully camp, 90’s charged world in Murder by Numbers’ ultimate “whodunnit” – bringing murder, intrigue and cargo pants together. Concocted with a cast of colorful characters designed by Hato Moa (Hatoful Boyfriend) and with a soundtrack composed by Masakazu Sugimori (Phoenix Wright: Ace Attorney, Ghost Trick), Murder By Numbers will transport you back to 1996.

In even more devastating acts of fashion, Murder by Numbers will also be receiving a collector’s edition. This edition will include the following:

The collector’s edition of Murder by Numbers will only be available on Steam and GOG for and bags you a snazzy 10% discount through this bundle.