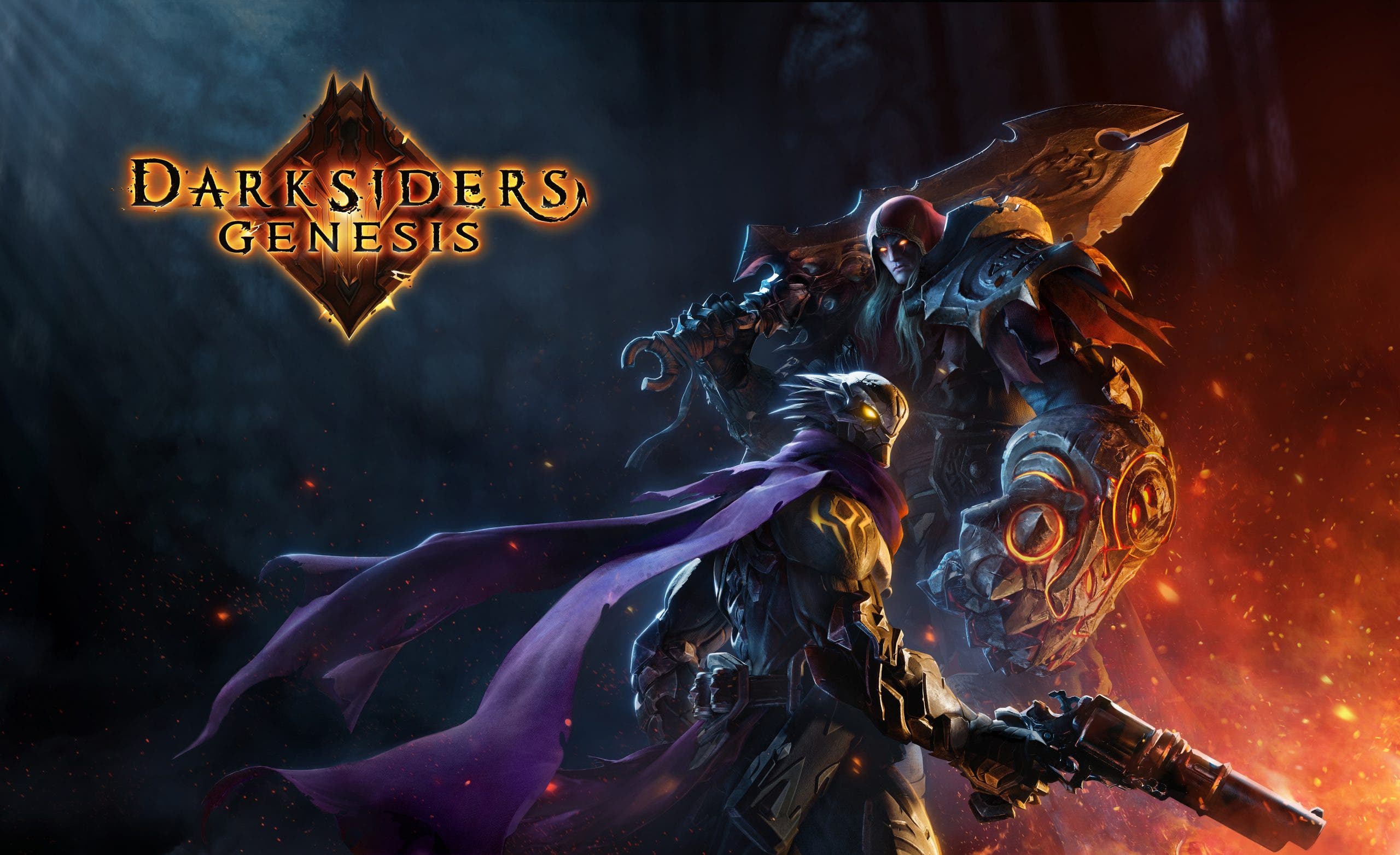 Now in it's fourth installment, Darksiders: Genesis, War returns alongside Strife for another mutation of the Darksiders formula, this time blending its light character action combat and exploration mechanics with aspects of ARPGs to create something that feels both familiar and fresh.

Nearly ten years ago we were introduced to War, youngest of the Four Horsemen of the apocalypse, in the first release of the Darksiders franchise. Now in it’s fourth installment, Darksiders: Genesis, War returns alongside Strife for another mutation of the Darksiders formula, this time blending its light character action combat and exploration mechanics with aspects of ARPGs to create something that feels both familiar and fresh. It’s a clever approach to fleshing out more of the Darksiders back story, and continuing to experiment with the series’ format and mechanics, without necessarily having to go all-in on a full-fledged AAA release.

Yes, you read that right, Darksiders: Genesis largely takes the form for an Action RPG, borrowing elements from Diablo and its ilk to deliver on a new adventure that’s heavy on action but more focused in scope. That’s not to say that this is a straight-up copy of the typical ARPG formula, though, as Darksiders: Genesis riffs on elements of the genre more often than it adheres to them. So, while Genesis sports an isometric camera and more linear level designs, the control scheme and combat systems are extremely similar to what you’d expect in any other Darksiders game that models itself more after a character action game than your typical hack and slash adventure.

The environments are designed with a degree of verticality atypical of the ARPG, encouraging lots of exploration and some light platforming that you wouldn’t normally expect, which comes as a welcome surprise. There are also secrets to discover, chests to bust open, and a healthy number of collectibles to grab, so ultimately this feels very much like a Darksiders game with a different philosophy on presentation. 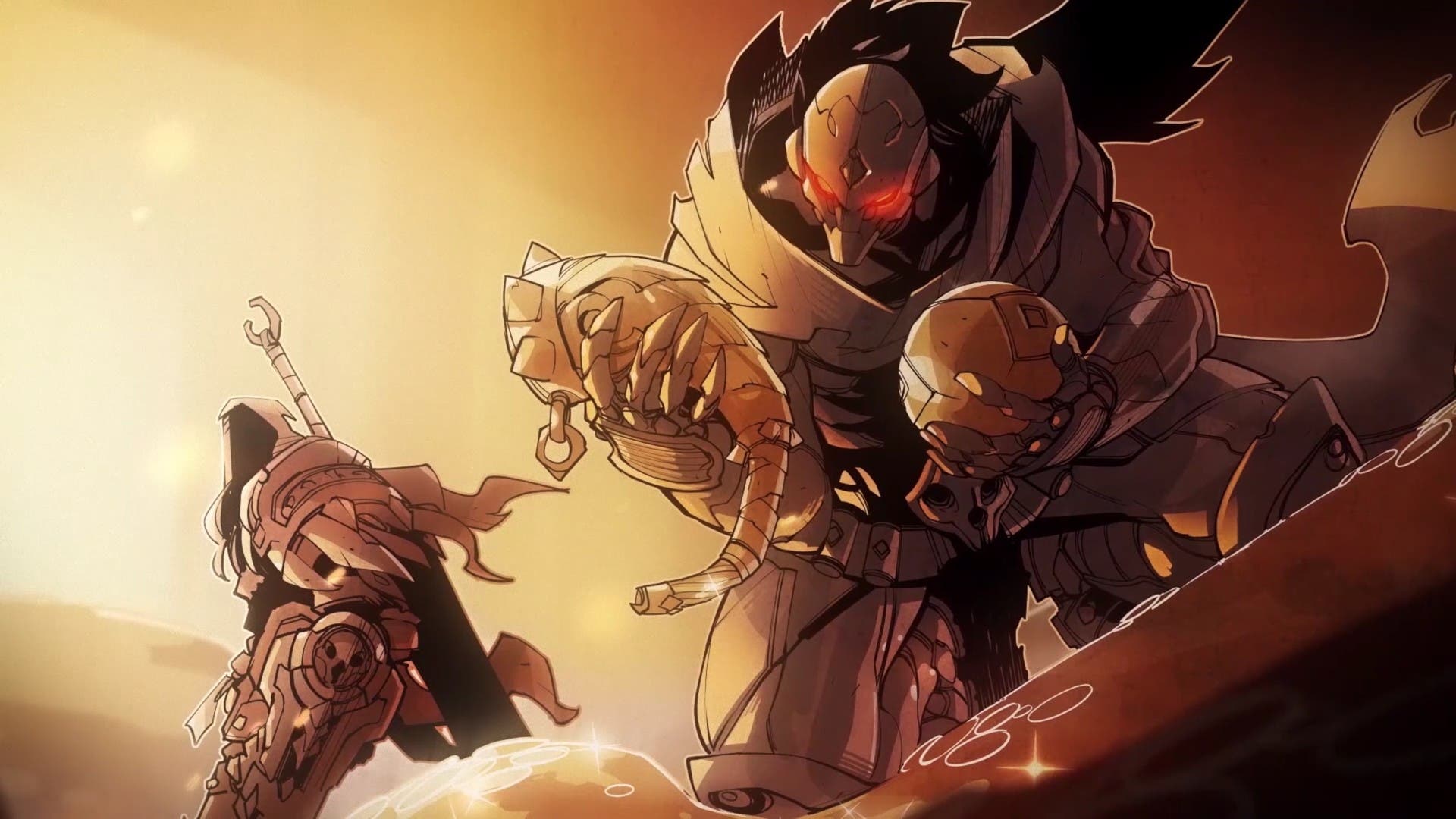 This holds true for the story as well, as Darksiders: Genesis eschews fully rendered 3D for its cut scenes in favor of subtly animated cinematics with voice overs and light effects, like the frames of a comic book come to life. Though jarring at first, it’s still effective as a storytelling device and the quality of the artwork is solid. Plus, all of the voice talent from the previous games return to reprise their roles, lending the proper weight and authenticity to this release that make it more than just an offshoot story, but rather a proper entry into the series that provides an entertaining back story that further enriches the existing timeline. Much of the story is also told in-game, through exchanges between Strife and War as you make your way through the world, which helps keep you feeling like an active participant in the events playing out.

In Genesis, you can play as either Strife or War, and you can swap between them at will when playing solo. It also supports both online and local cooperative play, a franchise first. Strife and War have fairly different play styles. Strife is fast, nimble, and hits more quickly but with less power. He can rely on his dodging abilities and his dual pistols to distance himself from foes and whittle away enemies’ health before getting up close to land finishing blows. War is the slower, heavier character who is still quick enough in his own right, but is more focused on getting into the thick of it with his foes and hitting them hard to take them down with brute force. Both are very fun to play, and when playing solo you will find it necessary to swap between them to take advantage of their unique abilities in both combat and exploration scenarios. 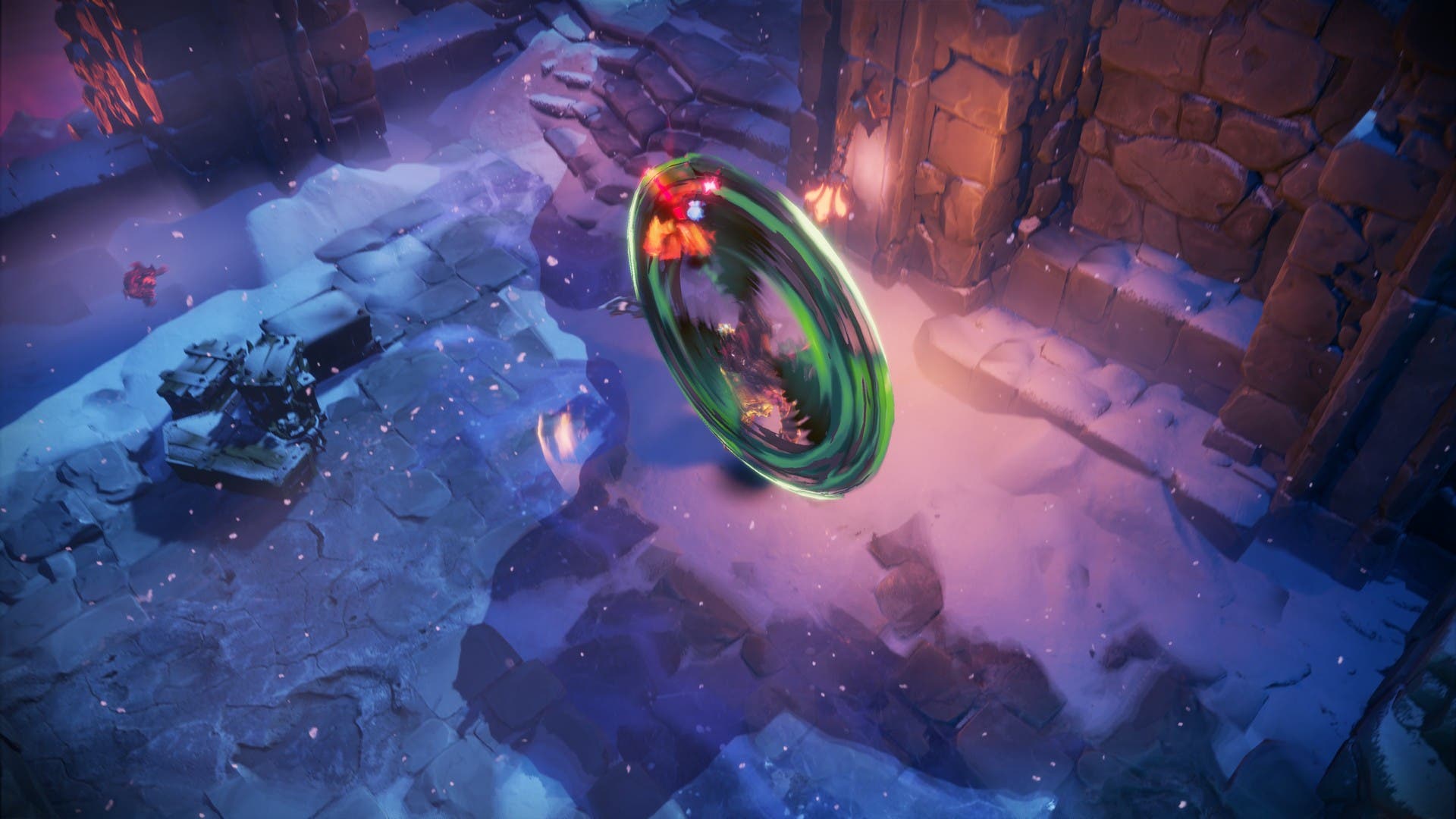 When it comes to playing on the Switch, I have to admit I’m fairly impressed with how the game looks. Unreal Engine titles on Nintendo’s hardware can often be a roll of the dice, but the team at Airship Syndicate seems to have found the sweet spot of visual quality and performance that ensure the game both looks good on the system and feels good to play. The game mostly maintains a steady 30 FPS when docked in TV mode, and the visuals look fairly polished. Controls are responsive and there’s only really occasional slowdown in some larger areas with a lot going on at once, but the game seems to have been well-designed (or well scaled at least) with this in mind. It’s not nearly as pretty to look at as the other versions of the game, but considering the Switch’s hardware, I don’t see much to complain about here.

Handheld mode is a bit of a different story; the game resolution takes a noticeable hit, and characters and enemies on screen can start to look a little muddy around the edges at times, plus the game’s UI doesn’t scale down to the small screen quite as well as I’d like (particularly if you have the control mapping overlay turned on). Text isn’t impossible to read, but it is definitely small. The frame rate mostly keeps up with the target of 30 FPS, but it will stutter and slow down a bit more noticeably (in my experience). None of this is a deal breaker by any stretch, as overall the game is still perfectly playable and enjoyable in handheld mode. If you have the option though, this is one you’ll probably want to play on your TV. 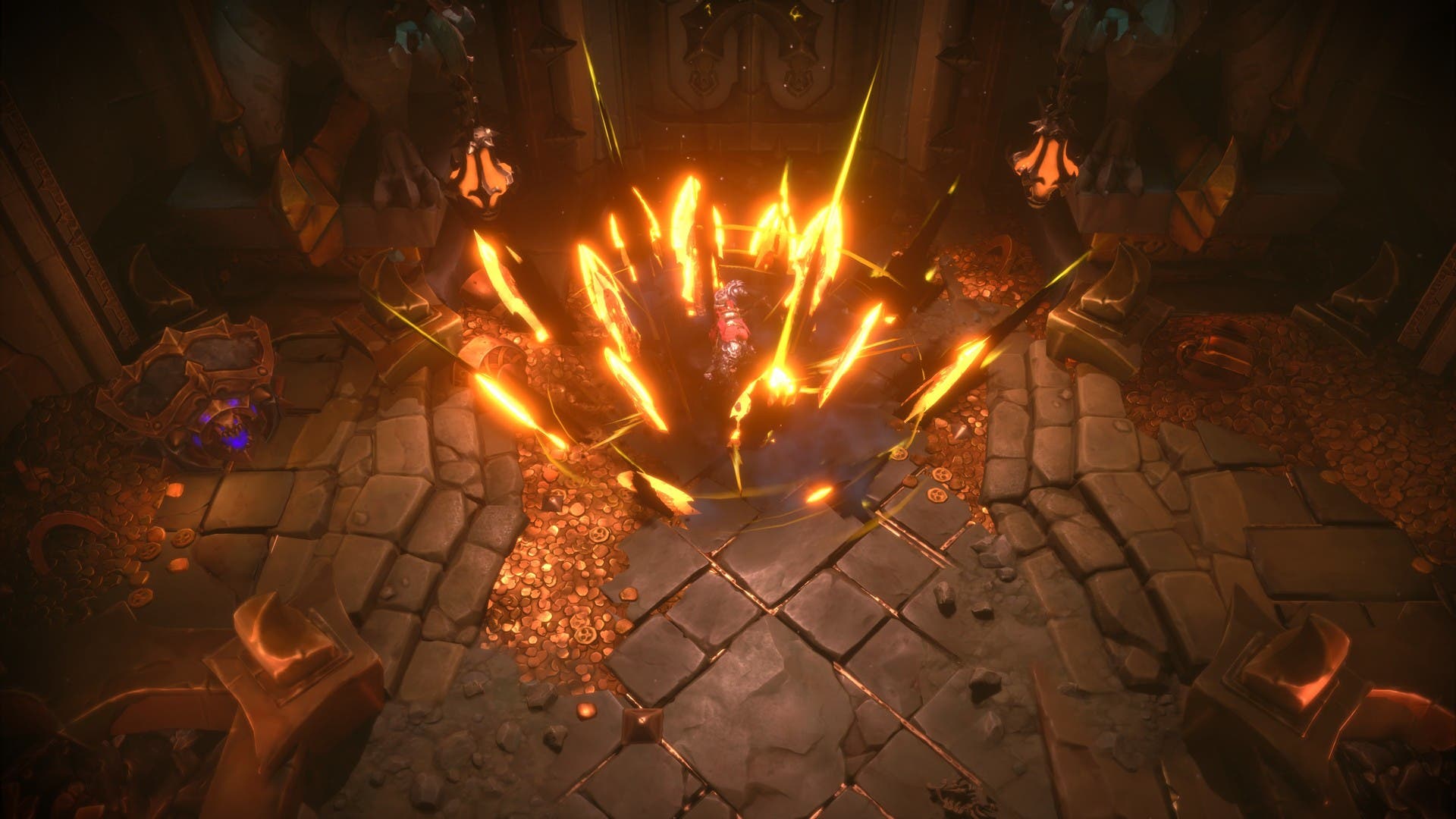 Darksiders: Genesis is a worthy continuation of the Darksiders franchise, delivering another solid entry in the Darksiders franchise in a package that’s fun to play and tough to put down. The bonus of being able to play through with a friend just makes the experience all the better, and if you don’t mind hunting for upgrade items and collectibles, this is a fun romp that helps further flesh out the game’s universe. It performs well on Switch and it’s great to see the franchise getting due attention on the platform. More importantly, it proves out that Darksiders can still delight and surprise, not just in spite of, but because of its willingness to experiment.