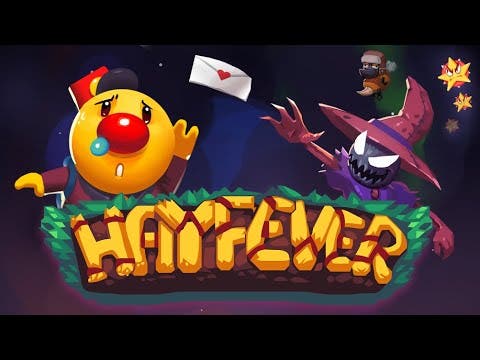 Umeå, Sweden, March 9th, 2020 — Developer Pixadome and publisher Zordix released Hayfever, their new precision platformer, on February 25th on Steam, PS4, Xbox One, and Nintendo Switch. Since launch it has racked up some glowing reviews (9/10 from The Digital Fix, 8/10 from Gamezebo) and caught the eye of the speedrunning community, enticed by its high-skill movement and charming, streaming-friendly aesthetic, and there’s plenty more planned for its future.

Hayfever is now on sale for $14.99/€14.99/£11.99. Review keys are still available on all platforms, and developers Pixadome are available for interviews. Since launch, they are hard at work tweaking and tuning the game with difficulty tweaks made on some levels, controller response improved and bugs squashed. In the coming days they plan on adding rebindable controls (on the Steam version) as well as several quality of life features, such as a toggle for controller rumble. Also on the cards is a built-in speedrun timer to help players track their best runs down to the millisecond.

While tricky, players are now mastering Hayfever’s 140 intense levels, and soon there’ll be a chance for the best of the best pixelated postal workers to deliver in style. Beginning with a sponsored exhibition match on March 14th, 10 p.m. GMT/3 p.m. PST, four veteran speedrunners will be diving into Hayfever completely blind, putting a lifetime of general platforming theory into practice as they try to clear as many levels as possible before the clock runs out. This event will be hosted by Brossentia, a regular at the Games Done Quick charity speedrunning events, and organizer of Kusogrande: The Bad Video Game Tournament.