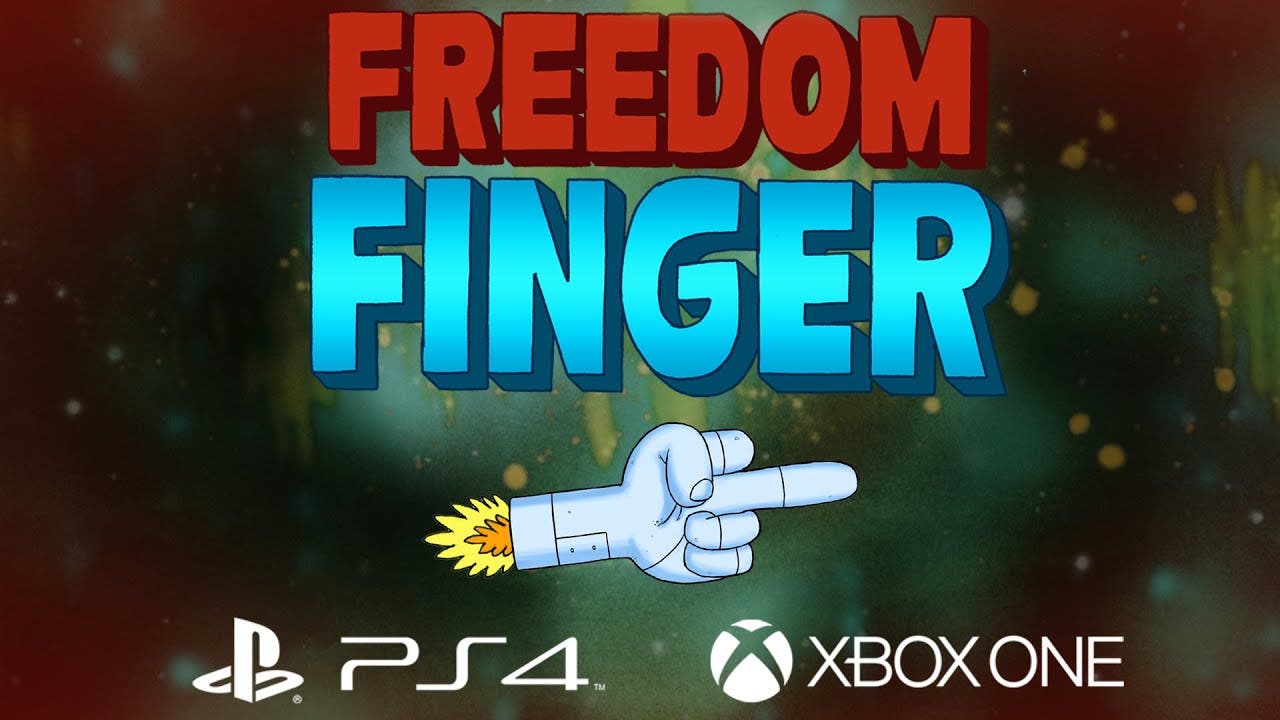 Freedom Finger coming to PS4 and Xbox One on March 24th, Rhymesayers Update will be available for Switch and Steam owners same day

Created by Emmy nominated producer Jim Dirschberger (Sanjay and Craig), Freedom Finger is a wacky and foul-mouthed trip through 40 handcrafted levels piloting the middle finger space ship in order to protect Democracy and rescue the inhabitants of the American space station on the moon. Shoot and beat ‘em up fans will both find something to enjoy in Freedom Finger as players are able to shoot, punch and even grab oncoming enemies and use them as a weapon.

Featuring perfectly timed rhythm-based chaos every moment in Freedom Finger is musically driven on-coming enemies will increase just as tempos increase in each of the game’s kick-ass tracks. With various levels of difficulty, Freedom Finger lets players sit back and enjoy the kooky ride or ramp up the difficulty for some bat$#!% crazy action. For those wanting a more toned-down PG-13 experience, a censored mode is also included complete with voice-overs befitting that of a rated-R movie being played on daytime television.

Rhymesayers Update For Switch and Steam

To coincide with the release of Freedom Finger on Playstation 4 and Xbox One, Wide Right Interactive is pushing a massive free update to the game! The new content, dubbed the Rhymesayers Update, adds new levels featuring original music by legendary underground hip-hop artist, Aesop Rock. Additionally, the update features a wide variety of enhancements and fixes: